Washington, DC – Today, SEARAC launched its first set of census factsheets to bolster education and civic participation among Southeast Asian Americans (SEAAs) in 2020. These resources, which will be translated in-language, target the general SEAA community, in addition to communities that are historically harder to reach and harder to count, including: 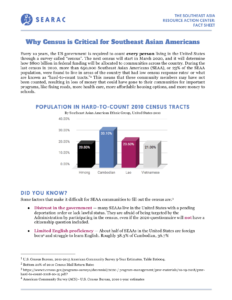 Mandated by the US constitution, the census is charged with counting every single person living in the country. The data are critical in deciding how to allocate $800 billion in federal funding for education, health, transportation, infrastructure, and many other programs and services for all families and communities. Data also greatly impact federal representation in Congress, which is key to ensuring that all voices are heard, and all people are seen.
“We are so excited to share these new resources, which we hope will support our community partners in educating and mobilizing SEAAs to get-out-the-count next year,” said Katrina Dizon Mariategue, director of national policy at SEARAC. “The SEAA-specific data are meant to demonstrate both the impact and need to get counted to ensure adequate resources and representation for SEAAs, in addition to addressing common concerns and questions community members may have around participation. While the public is welcome to download and share the resources as is, we also encourage individuals to edit and tailor them for their own needs in their local communities.”
During the last census in 2010, more than 650,000 SEAAs, or 23% of the SEAA population, were found to live in areas of the country that had low census response rates.1,2 This means that these community members may have not been counted, resulting in loss of money that could have gone to their communities for important programs, like fixing roads, more health care, more affordable housing options, and more money to schools.
“Our communities have grown in number since our initial resettlement into the country following the US occupation in Southeast Asia decades ago, yet we continue to remain invisible,” said Quyen Dinh, executive director at SEARAC. “The census is a critical program that facilitates the collection of national disaggregated data, which is key to advocacy for policies that promote equity among SEAAs. We hope that these resources inspire the power and potential that our community carries to fight for our own self-determination by participating in the 2020 Census.”
The factsheets are also available in Hmong, Khmer, Lao, Mien, and Vietnamese.
Consider signing up to be a SEARAC Census Ambassador to educate your community and get out the count by signing up here.
REFERENCES
1. U.S. Census Bureau, 2011-2015 American Community Survey 5-Year Estimates, Table B16004.
2. Bottom 20% of 2010 Census Mail Return Rates 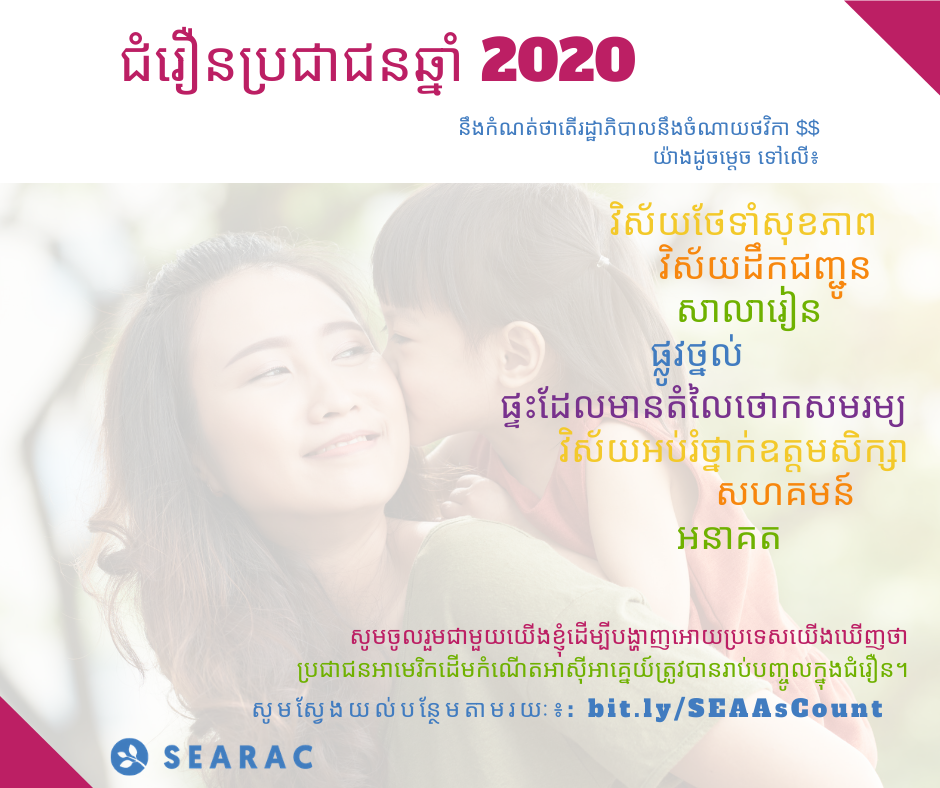 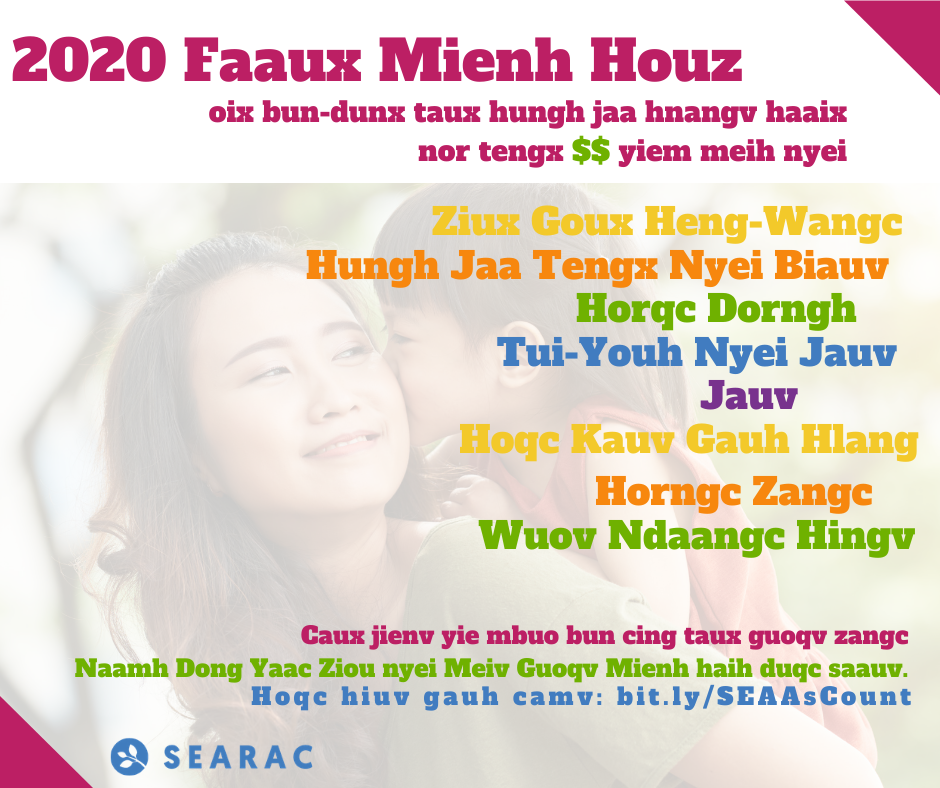 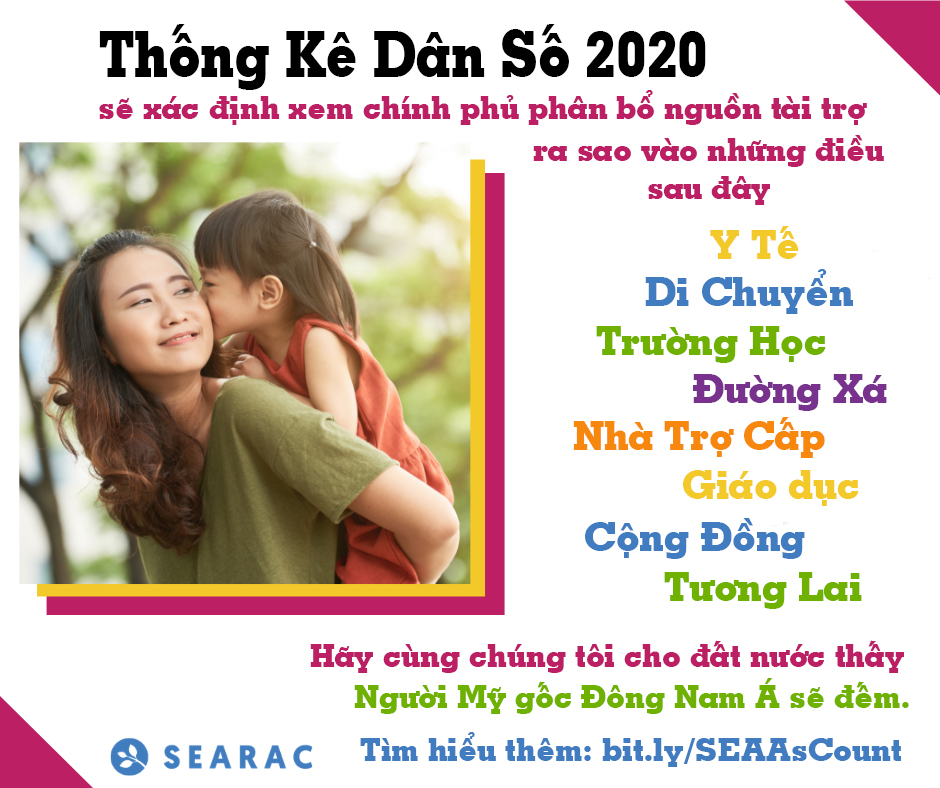