“Pain in the Brain:” Talking about Mental Health 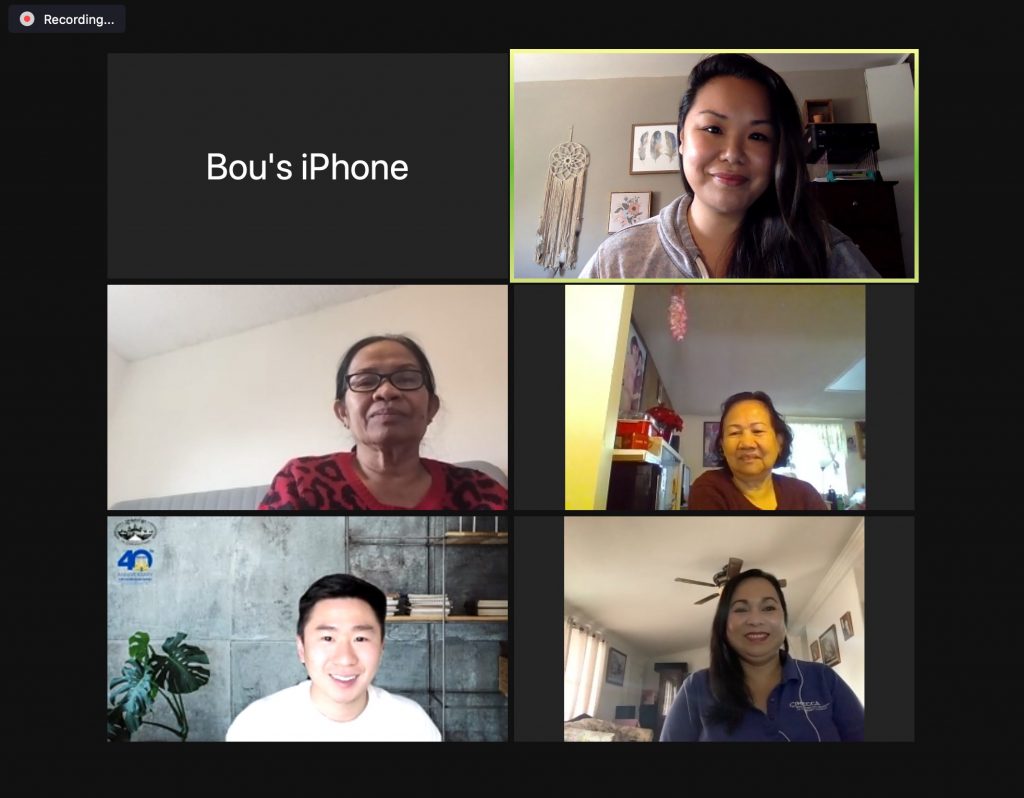 In Cebuano, the Filipino dialect my family speaks, the term for someone with mental illness is buang, which translates to “crazy.” At the same time, buang is used as a cuss word, something one would say in a derogatory manner when angry. Or it can be used in a more playful way to express silly thinking or foolishness, akin to “that’s nonsense.”

Mental illness is also referred to as sakit sa utok, which translates to “pain in the brain.”

Unsurprisingly, there persists a huge stigma in Filipinx communities around mental health treatment. People don’t want to be perceived as buang, and all the unfavorable connotations it carries. They consider one’s mental illness something that can be fixed, physiologically.

During a recent conversation I had with three Cambodian American elders who received services from The Cambodian Family, a community-based partner organization in Santa Ana, CA, I learned from staff the linguistic parallels between Khmer and Cebuano and the similar stigma present within the community.

As David Bunna, a case manager and health navigator at The Cambodian Family, explains, “Sometimes, people believe that it is not mental illness, but rather it is physical problems — replacing mental illness with physical issues. It’s also because of the language used in Cambodian culture. ‘Having mental illness’ translated to Khmer is ‘crazy’ or ‘psychotic,’ making those terms weigh very heavily when heard.”

According to Sokol Roeun, also a case manager and health navigator at The Cambodian Family, community members are afraid to discuss their inner feelings because they do not want others to learn of their mental health condition. “This is because many people don’t understand or know the word ‘mental illness,’” she said. “They only know and use the word ‘crazy.’ So they are afraid that if they show their feelings, people will think they are crazy. There is a very, very deep stigma, so they are just hiding, hiding, hiding until they can no longer handle it.”

In an effort to empower community members to step out from hiding, as well as to advocate for policy solutions to increase mental wellness, SEARAC’s newly launched report The Right to Heal: Southeast Asian American Mental Health in California emphasizes that the mental health needs of Southeast Asian Americans cannot be truly addressed without taking into consideration their culture, intersectionality, intergenerational factors, healing, and language. And because these needs are not addressed, SEAA communities, who have seen war, genocide, and displacement, experience higher rates of mental health challenges than the general population. The report was informed by a community survey, focus groups, and follow-up interviews with nearly 250 Californian respondents, who shared their challenges they have experienced locally, with data gleaning trends by gender, sexual orientation, generation, ethnicity, and primary language.

In this moment, we are going through so much. Asian Americans are fighting the COVID-19 pandemic, both as patients as well as frontline workers, alongside a pandemic of hate, a pandemic of gun violence, and a pandemic of domestic violence—all while struggling through job uncertainty,  food insecurity, and financial hardship. In a year of such pain and loss, it is critical that we shed our stigma, normalize mental health treatment, check in on one another, and communicate our needs. And it is more urgent than ever to demand that our communities’ voices are no longer ignored by those making decisions about our health and mental health care systems.

To help spread awareness of SEAA mental health needs, check out our social media toolkit for sample language and graphics. For those interested in communicating the research and recommendations to community stakeholders, mental health clients, and policymakers, factsheets are available here in English, Hmong, Khmer, Lao, Mien, and Vietnamese.

Elaine Sanchez Wilson is SEARAC’s director of communications and development. To reach her, contact elaine@searac.org.