We asked SEARAC’s Field Team staff to share their reflections on the 2020 election cycle, especially as compared to the 2016 US presidential elections. Early insights from the November 2020 elections show increased AAPI voter turnout, which we know is due to the hard work of organizers and organizations encouraging our communities to get out the vote. While both election cycles have been grueling, we know that the work being done by those in the field is establishing an engaged and active AAPI electorate that will impact our nation for years to come. 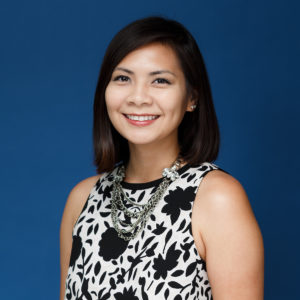 Alyssa Tulabut, Senior Field Manager
I joined SEARAC in the summer of 2016, transitioning from a completely different line of work, young and hungry to contribute my burgeoning skills to the fight for a more equitable and just society. Less than four months into my role came the 2016 presidential election, and on the morning of Nov. 9, 2016, I awoke to two things, both of which have defined my civil rights career thus far.

One was an election outcome that was a serious injury to the body, mind, and soul in a spot that was already painfully bruised. The other also burrowed its way deeply into my core. It was an email from SEARAC’s executive director, Quyen, with a reminder: “I know today is going to be a hard day, but I know we have everything it takes to do what is right by our communities.” Since 2016 and more often than not in 2020, there have been countless hard days, but to me, this statement is the essence of what it means to do this work. It is the acknowledgement of deep wounds that we navigate all the while using our power to move the needle forward. We persevere knowing that it will be hard, work with others who are willing and able to join us, and aim to make an impact that will leave marginalized communities feeling more powerful than the generation (or election) before. 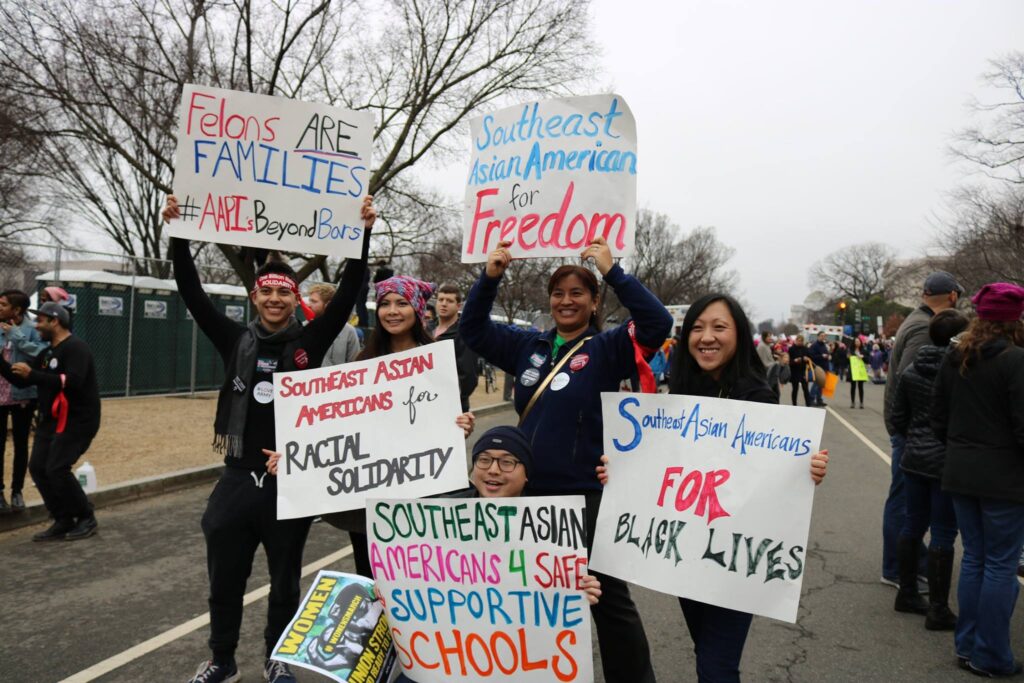 But no matter who occupies the White House, the work has always been and will continue to be there. Over the past four years, I’ve become more rooted in the belief that the impact I strive to make is about so much more than engaging community members in programs and campaigns, elections, or even SEARAC’s work in general. It’s about affirming community members’ ability to affect change in their everyday lives. It’s about creating spaces where community members leave feeling powerful, not just empowered. It’s about moving beyond asking which leaders will invite our communities to the table and instead asking if the structure of the table is even working for our communities.

Though there may be many more hard days to come, it brings me hope to see the increased engagement of our communities and throughout the country. I am looking forward to furthering these critical conversations and continuing to dedicate the skills I’ve sharpened over the years to this movement that is so much larger than myself or SEARAC. Wherever the next four years takes me, I’ll continue to remember that neither our hardest days nor our happiest days define us, but rather the power we have to do what is right by our communities every day. 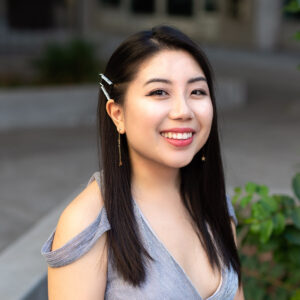 Gina Le, Field Associate
The 2016 elections found me at a strange and dynamic and exciting time in my life: I was in my first semester of college at GWU, all but fresh off the plane that had taken me 3,000 miles from my lifelong home of Little Sài Gòn to the nation’s capital. Surrounded by my socially aware, “I’m With Her” sticker-armed peers, I had all but banked on my freshman year making history as the year that a woman would be elected to occupy the highest office in the land. Of course, the election ended on much different terms and instead ushered in an administration that, by word or by action, made its disdain for the dignity and humanity of marginalized people violently known.

I’ve learned a lot since then: how proud I am of my heritage, how protective I am of mycommunity, and how viciously I despise the mosquitoes that descend on DC as soon as the weather turns warm. But looking back on the two elections seasons I’ve witnessed as an adult, one learning I’m grateful for is an abundance mindset.

Anyone who knows me would not categorize me as someone with a cheerful disposition or an optimistic mindset; I’m the type who can’t help but pick apart ideas and play the pedant; paired with a university transcript of history courses spanning several millennia, I’m an absolute nightmare to watch historical dramas with. I might even argue that injustice is woven into my DNA, as a child of the Vietnamese diaspora. As the prominent writer Viet Thanh Nguyen puts it: “We are here, because you were there.” 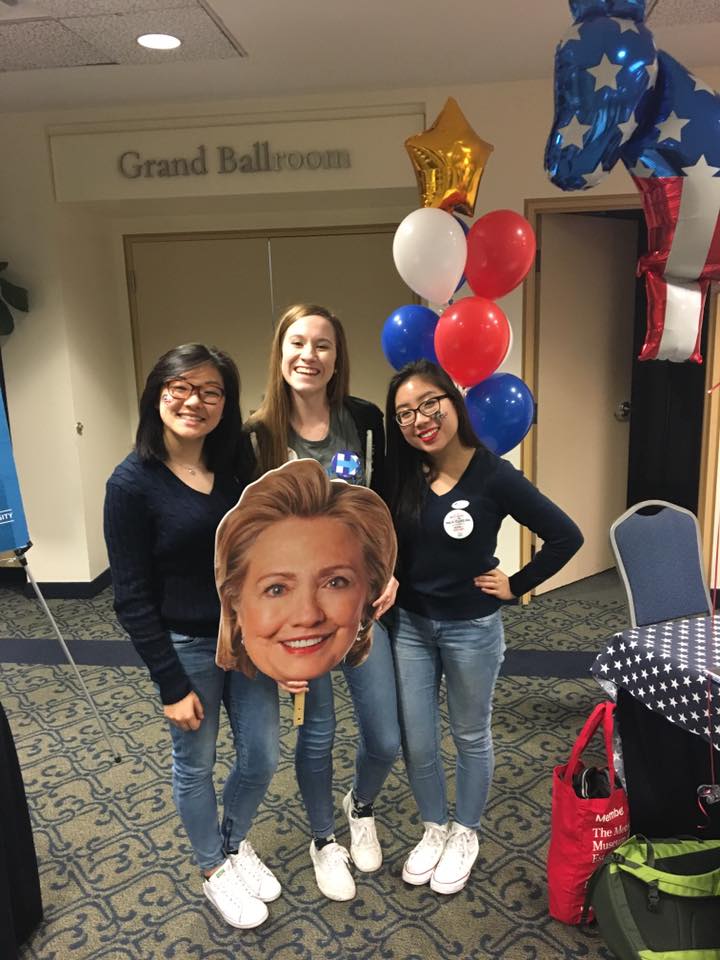 But here’s the thing: the road to achieving racial equity is a long one. It was long and well-traveled before I existed, and it will probably continue well after. It’s easy to despair at the work that lies ahead of us, and I don’t begrudge anyone that sentiment. Here’s another learning, four years on: as demoralizing as Hillary Clinton’s loss was, and as relieving as Joe Biden’s recent win (or rather, Donald Trump’s loss), no single favorable election will fully deliver the justice that communities of color deserve.

Anyone who works at a nonprofit—especially one that serves a community they’re a part of—knows that burnout is perennially on the horizon. The opportunity to do work with a purpose, to know that your efforts benefit your community, is equal parts an honor and a burden.

But I think perhaps the greatest gift of all that I have been given is the grace of others: the honesty and camaraderie of community partners I’ve met through my work with SEARAC; the enthusiasm and compassion of LAT participants attending a program I’ve poured months into; and even the boundless empathy and understanding of my co-workers. If these people—individuals who have poured their hearts and souls into racial justice, who have surely felt similarly demoralized and burnt out—can keep returning to the work to fight another day and extend me such grace, the least I can do is pay it forward.

There is always more love and kindness and empathy to be had. They are sustainable resources that grow and multiply on themselves. 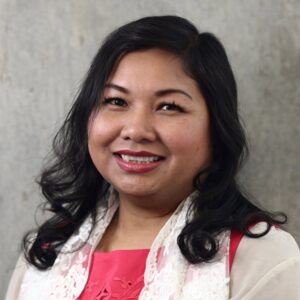 Sina Sam, Partnership Manager
When the 2016 US Presidential election results were announced, I received the shocking news a whole ocean away in Southeast Asia. It was my very first pilgrimage to my parents’ homeland of Cambodia, and I was there with a diverse collective of US leaders from the immigration justice movement as part of a delegation spearheaded by 1Love Movement and SEAFN to meet with the Cambodian government to discuss pathways to reunite and advocate against the deportations of Cambodian Americans and refugee families. The morning of our scheduled meeting with the Cambodian Ministry of Interior, we received news of the newly elected 45th President of the US and all our hearts sank. Many of us let out bewildered tears and embraced one another, fearing what may now be an even harder battle ahead upon our return home.

And we were right. Not only did we see a historical high in deportations of Cambodian Americans (increase of 279%), but we also witnessed strict sanctions and pressure to increase removals placed on Laos, Cambodia and Vietnam from 2017-2019. In response, SEARAC stood behind the leadership of Khmer and SEAA anti-deportation leaders, our partners, and legislative champions pushing for policies to address this issue where possible, but fear and devastation was felt among our SEAA families who bore the brunt of ICE raids and heartbreaking separations. Conversely, we also saw fierce advocacy and community pardon/clemency campaigns that rose in response to these attacks with historical wins in emergency gubernatorial pardons, the return of Cambodian American deportees and pathways to citizenship. 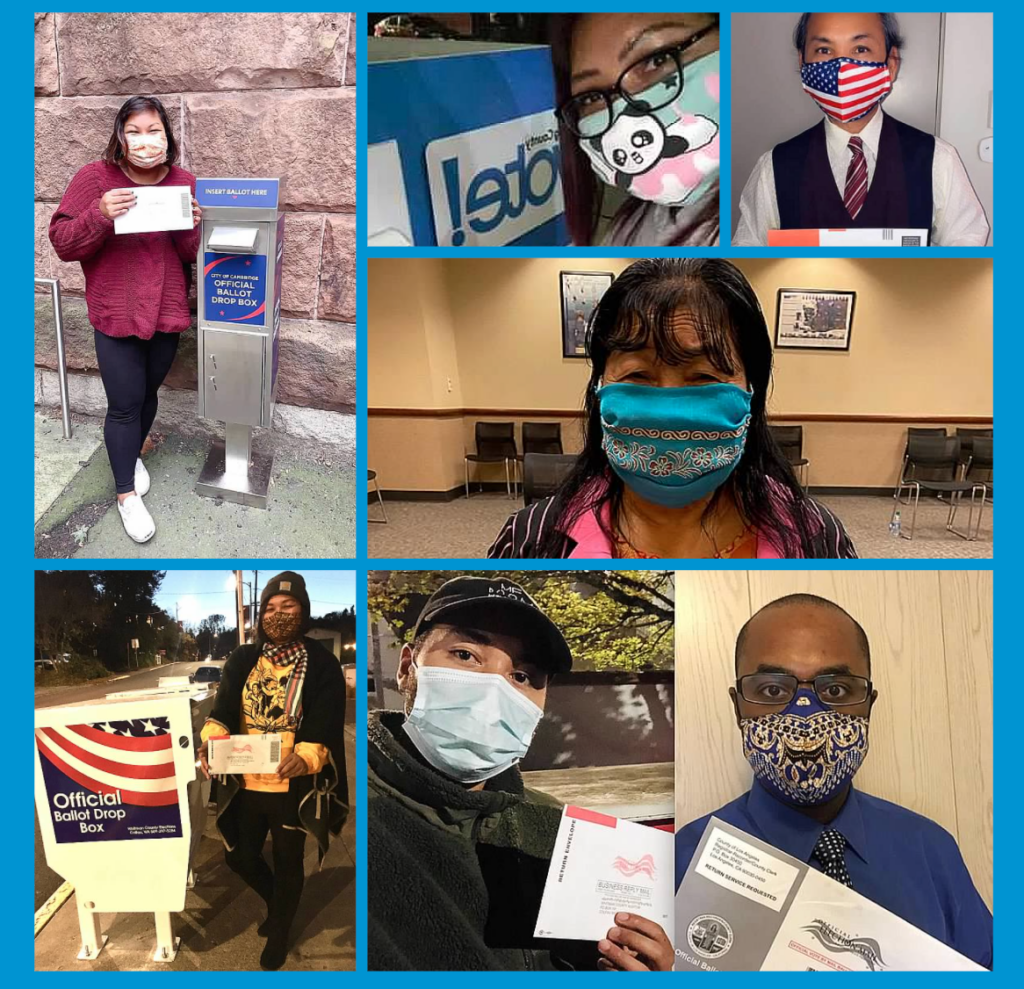 Although it was only four years ago, this historical trip for the Right to Return Campaign feels like a lifetime ago. Not only did 2016 mark the first time I visited Cambodia in starting my organizing career as an immigration advocate, but my immediate family and I celebrated the first person in our family to successfully graduate high school, my son, Sovann! As teen parents, the accomplishment to rear our son with a supportive childhood and successful path to higher education was a dream come true. Not only do I understand the disparate impact of the school-to-prison pipeline on BIPOC and SEAA communities, but I know intimately the privilege afforded in navigating these risks successfully from growing up in the same conditions that many of my brothers, sisters and peers are vulnerable to.

I joined SEARAC in the midst of a pandemic, and this year my family of three generations celebrated voting for the first time in a presidential election together, contributing to a national AAPI voter turnout at a historical high. Now at the end of 2020, after a tremendously challenging year in losing loved ones, surviving a global pandemic, and a long overdue reckoning with racial-economic disparities, it is heartening news that there is a new administration that will be leading our country towards healing and rebuilding. Giving up felt palpable these past few years, but I’m reminded that even in face of insurmountable challenges, solidarity and mobilization in the darkest of times will bear fruit. Just as our SEAA elders and leaders have done before us by forging a way forward with resettlement in the US nearly 45 years ago, we can make positive change for future generations by continuing to fight for our communities no matter the challenge.

As our Executive Director, Quyen Dinh reminds us, “45 years from now, when we are commemorating our community’s 90th anniversary, we’ll look back at the strides and decisions we made during this anniversary to define who we are today out of love for our communities, [and remember the legacies and wisdom our communities contributed] to redefine America.” I look forward to this future and thankful for all of us working hard to shape it together.