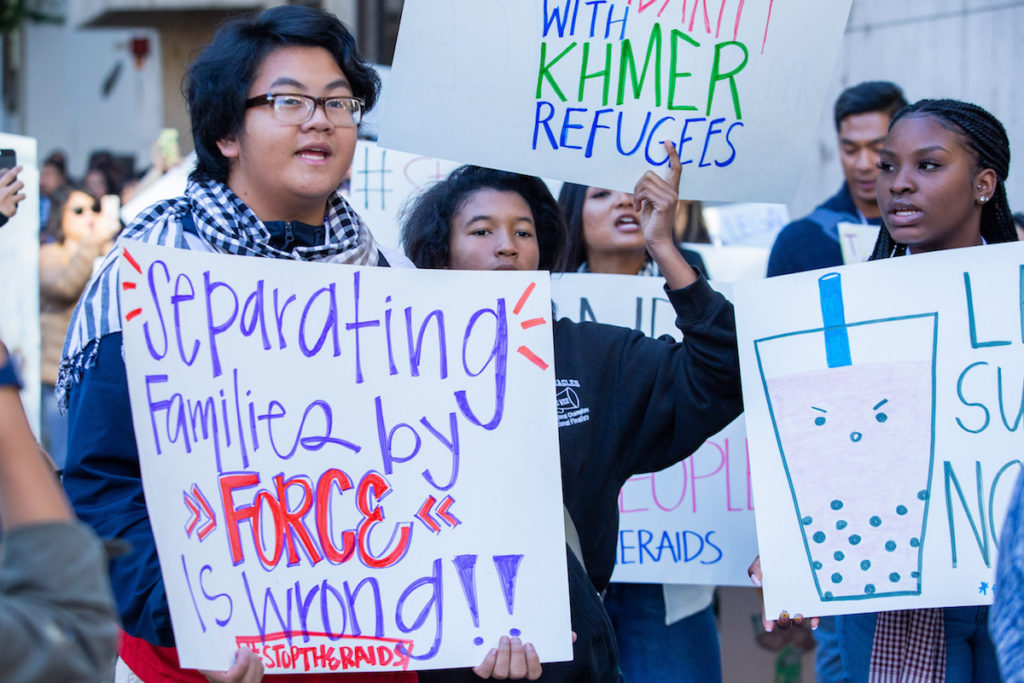 Southeast Asians fled their homes and their countries 45 years ago because the United States’ containment strategy failed. After pouring over 19 million gallons of Agent Orange into Cambodia, Laos, and Vietnam; conducting paramilitary operations in the Southeast Asian region; and leaving Cambodia and Laos as two of the most bombed countries in the world, the United States retreated. We abandoned millions of individuals caught in the warfare and left them to fend for themselves. Those fortunate enough to survive their escape languished in refugee camps with nothing but what little they gathered as they fled ethnic and political persecution. When our families were finally resettled, the United States dispersed our peoples in order to force assimilation into U.S. society, slowing the formations of ethnic enclaves that had become so necessary for socio and economic support in immigrant communities.

Many Southeast Asian refugees endured severe poverty with little access to linguistically or culturally appropriate support that continues to this day. This history shapes the narratives of Southeast Asian Americans now facing deportations. Many share similar stories of trauma and exploitation through US foreign policy. Most endured severe poverty with few available avenues for economic or social mobility caused by misguided resettlement policies and inequitable laws. And those that became entangled with the US criminal justice system were harshly punished through laws created during the “tough on crime” era.

In 1996, the United States passed the Anti-Terrorism and Effective Death Penalty Act (AEDPA) and the Illegal Immigration Reform and Immigrant Responsibility Act (IIRIRA). Together, these bills created mandatory detention and automatic deportation; expanded the deportable crimes; and restricted the ability of immigrant judges to grant relief. The laws were also applied retroactively, leading some individuals with non-removable offenses in 1995 to suddenly find themselves deportable in 1996. These bills serve as the backbone to our current immigration enforcement system and are the primary reason why 15,000 Southeast Asian Americans continue to be denied due process rights in the United States’ immigration system.

Our country needs a new vision for our immigration system. Reps. Jesus “Chuy” Garcia, Pramila Jayapal, Karen Bass, and Ayanna Pressley understood that need and introduced the New Way Forward Act in December 2019, a historic bill that restores due process protections for immigrants and refugees facing detention and deportation; decriminalizes migration; and creates an opportunity for our deported loved ones to come home. Bills like the New Way Forward Act could help someone like Lundy Khoy, whose conviction has been pardoned but remains deportable, to finally find the relief she needs to stay together with her family.

Though the repatriation agreements with Cambodia and Vietnam and the verbal agreement with Laos have resulted in increased deportations of Southeast Asian Americans, the real culprits are the unjust and overzealous crime and immigration laws in the United States. Our communities cannot just push to prevent or renegotiate bilateral agreements but must uproot the very laws and system that have criminalized our people and torn our families apart.  Supporting the New Way Forward Act is a start in that direction.