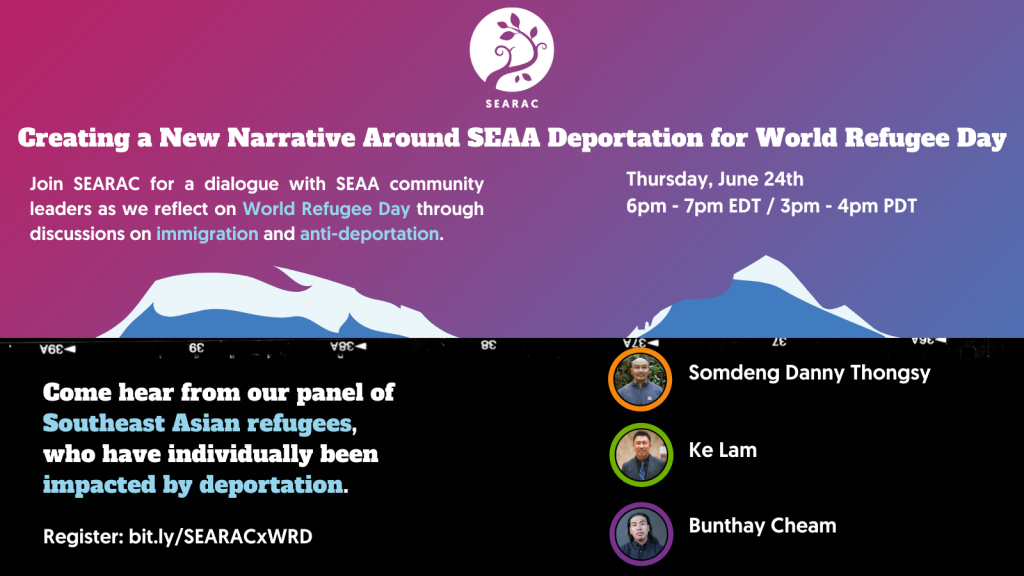 In honor of World Refugee Day, SEARAC hosted a virtual event on Thursday, June 24, at 6 pm EDT / 3 pm PDT with SEAA community leaders. The discussion centered on changing the narrative around deportation, and we rolled out a new series of deeply moving PSAs on immigration and anti-deportation.
Featured on our panel were three SEAA refugees and community leaders impacted by the American deportation system:
Click here to view the recording. 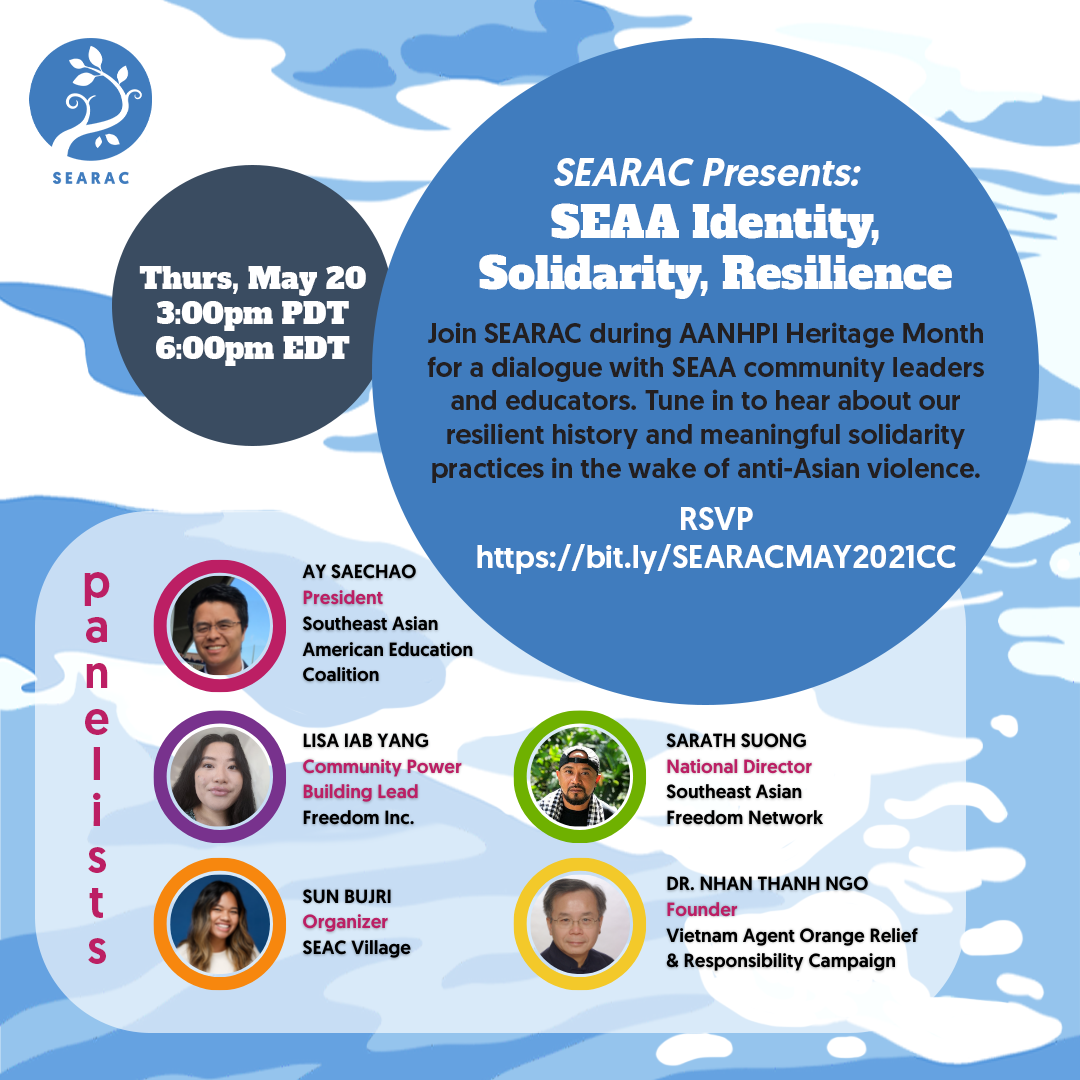 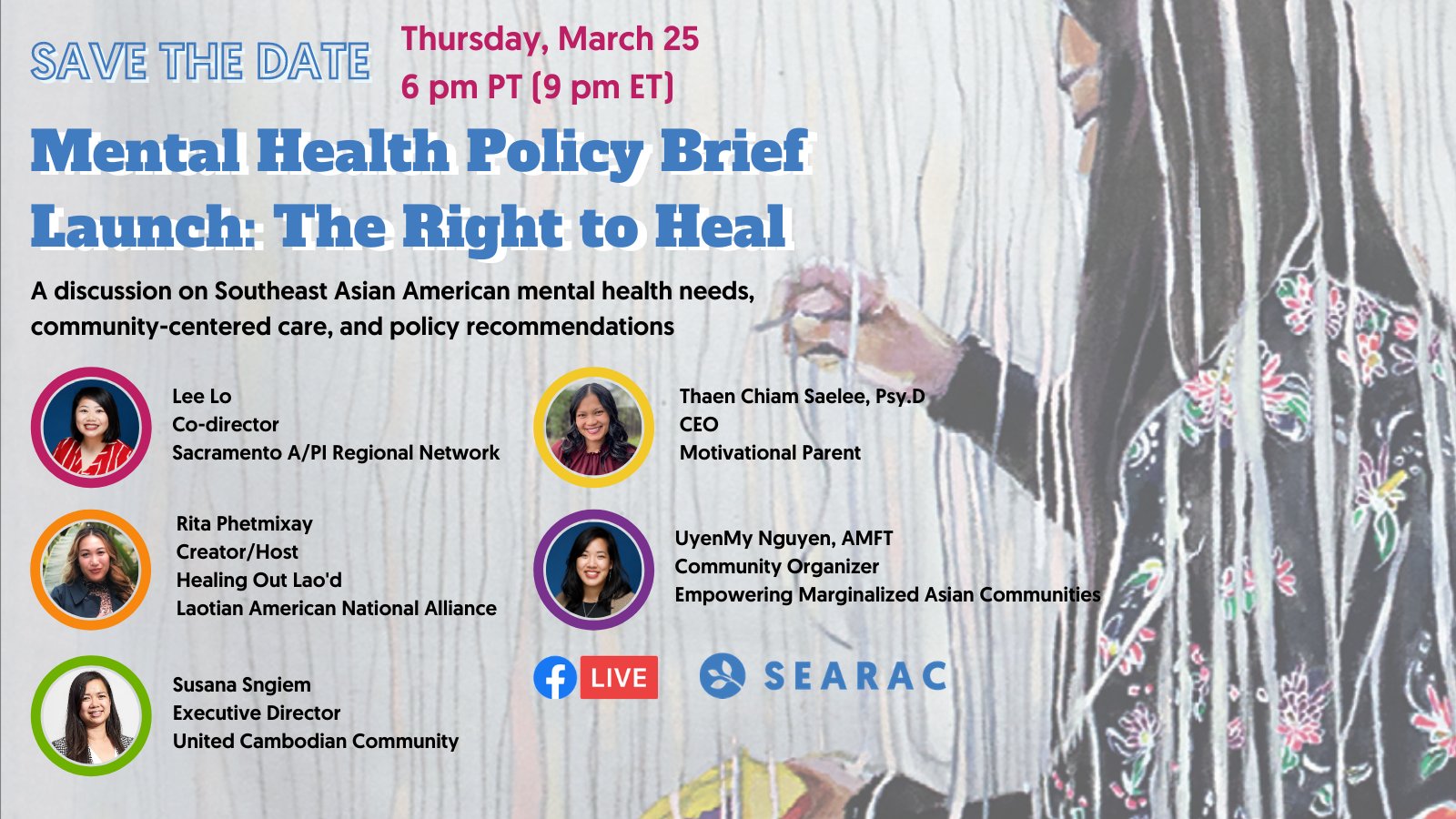 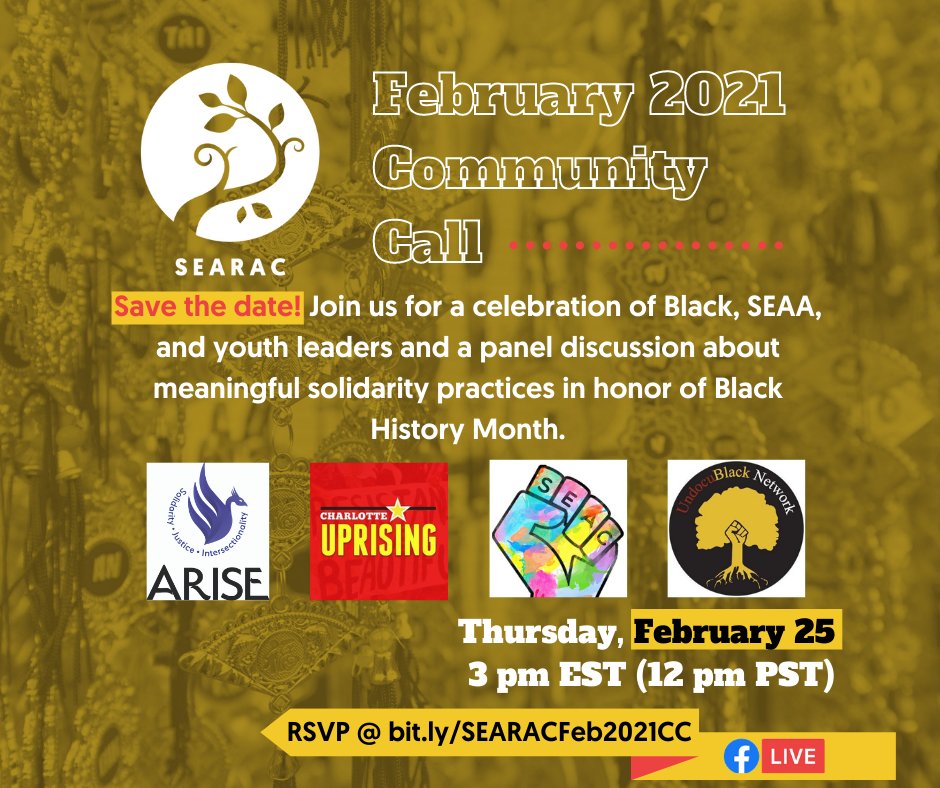