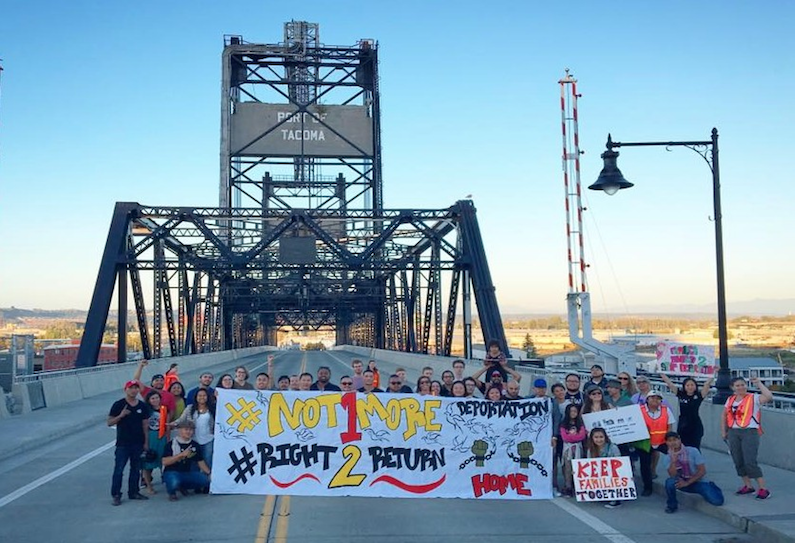 In October, U.S. Immigration and Customs Enforcement (ICE) officers unjustly detained over 100 Cambodian Americans and nearly 100 Vietnamese Americans across the country. Most, if not all, of those detained were lawful permanent residents who came to the United States as refugees in the aftermath of U.S. aggression in Southeast Asia and the Khmer Rouge-orchestrated genocide. In addition to these roundups, ICE is engaging in aggressive scare tactics that are terrorizing our communities, such as forcing community members to apply for citizenship or pressuring them to “self-deport” or face detention as a consequence.
The roundups and intimidation tactics send a clear message that more refugees will soon be deported and separated from their children, families, and loved ones. The unpredictable and harsh methods that ICE uses have triggered collective intergenerational trauma in our refugee communities. These draconian enforcement measures are part of a broader pattern of attacks by the Trump administration against vulnerable immigrant families.
We demand an end to ICE raids, detentions, and deportations. We demand that families are reunited and community members who have been removed have a right to return to the U.S., the only home they have ever known. As Southeast Asian survivors of war and as Americans, it is no longer enough to bear witness. We must make our voices heard and take a stand against state-sanctioned violence that perpetuates mass incarceration and the immigration enforcement machine.
The Cambodian government has agreed with repatriated Cambodian Americans who argue that deportations are destabilizing whole communities by re-traumatizating and tearing apart families. The Cambodian government has advocated to keep Cambodian American families together by requesting revisions to the 2002 Repatriation Agreement with the U.S. on humanitarian grounds. In response, the U.S. issued visa sanctions on Cambodia for refusing to comply with the repatriation of deportees.
Vietnam negotiated a repatriation agreement with the U.S. that protects individuals who came to the U.S. as refugees prior to 1995 from being deported. But ICE has begun apprehending and detaining individuals who arrived before 1995. The Vietnamese American community calls on ICE to immediately halt detentions of these individuals in violation of the agreement.
We are proud as Southeast Asian Americans to uphold democratic and humanitarian values, the same American values that took many to the streets decades ago to denounce and demand a stop to the U.S. illegal bombings and Secret War in Southeast Asia. The same values that swayed the Cambodian government to request a pathway to reunite separated Cambodian American families and prevent further separations.
Unjust bombings, wars, and genocide ravaged and displaced our communities. As a result, we became the largest refugee population to be resettled in U.S. history. We are still struggling to rebuild and heal decades later, and now our communities are faced with targeted deportations ripping apart our families.
But we will stand strong together. We will not be forgotten. And we will not be silent. Our communities are resilient, and we join our immigrant and refugee brothers and sisters throughout the country in the continued fight for justice, for our dignity, and for our families.
Today, Southeast Asian Americans are taking a stand together and call on our allies and elected officials to stand with us. Effective October 27, 2017, a class action lawsuit was filed by Asian Americans Advancing Justice – Asian Law Caucus on behalf of Cambodian Americans unjustly detained, arguing for the immediate release and halt to further deportations of our community members by ICE.
Please join us in denouncing the terrorizing raids and attacks on our communities. Sign on to the petition below calling on the Cambodian Government and Congress to act.
Petition to Stop the Deportation of Cambodian Southeast Asian American Refugees: bit.ly/KhmerRaid