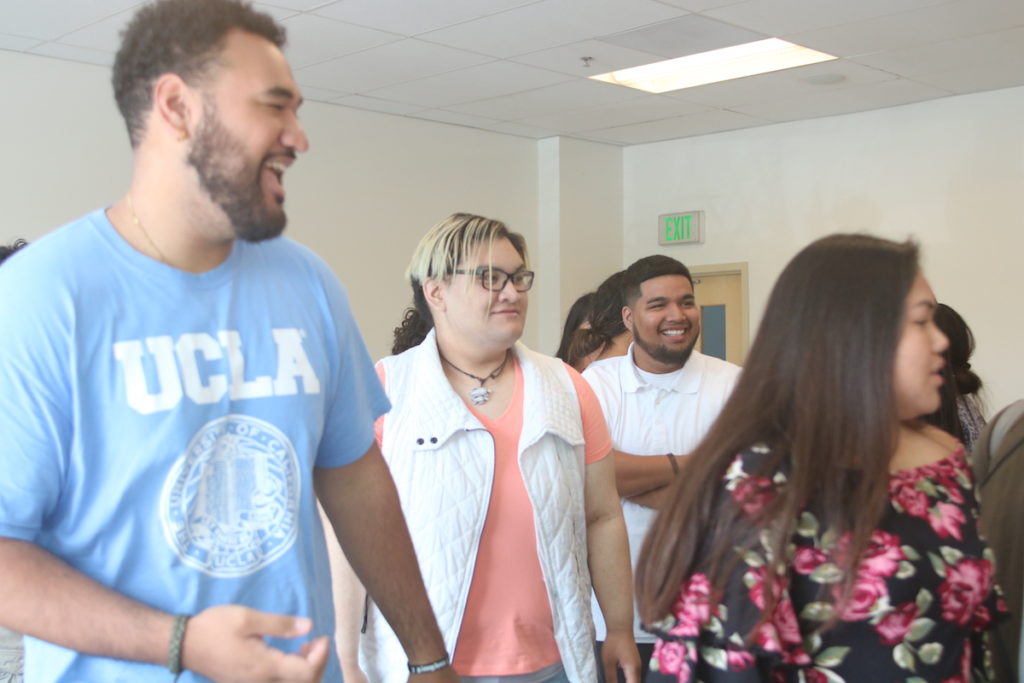 “Revealing the Asian American Pacific Islander Boys and Men of Color Field: Living in the Intersections and Invisibility of Race and Gender” includes interviews with 25 organizations in 11 states across the country

Washington, DC – Last week, SEARAC debuted a groundbreaking report that provides a glimpse into the field of organizations and leaders who are addressing the unique and pressing challenges that Asian American and Pacific Islander (AAPI) boys and men of color must navigate. “Revealing the Asian American Pacific Islander Boys and Men of Color Field: Living in the Intersections and Invisibility of Race and Gender” is a field analysis representing the culmination of interviews with 25 organizations serving diverse populations in 11 states across the country.

The report identifies organizations that intentionally serve AAPI boys and men of color, even some that are not specifically funded to do this work, and many that are run by individuals from within the communities they serve. The analysis also points to the necessity of using an intersectional lens, so that efforts to support AAPI boys and men are included as part of broader efforts to address numerous issues across race, gender, and other social disparities.
One key finding from the report relates to double exclusion–not being seen as people of color, nor seen as men. As a result, the report suggests, AAPI boys and men are both implicitly and explicitly invisible in the larger boys and men of color field. The report also points out that harmful, sometimes contradicting, stereotypes are often applied to AAPI boys and men of color. For example, in describing the emasculation of AAPI boys and men, one interviewee shared, “In Asian American spaces, the work is a lot different than what it looks like in other communities. In our Asian American men’s group, they talk about some of these things. They feel like their masculinity has been attacked, and a lot of it feels like fear.” At the opposite end of the spectrum, Pacific Islander communities are often seen as hyper masculine. One interviewee said, “For young Pacific Islanders, it is hyper-masculation that makes them a threat. Their bodies are in contention through the narrative of a warrior- race that has led to dehumanization … so that all the young men we serve don’t get to be human.”
The report finds that similar to other communities of color, AAPIs face systemic oppression and have deep histories of colonization that have lasting impact on current and future generations. However, while organizations are working on the ground to address these issues, a notable gap must be filled in investing in the field, where 27% of organizations reported working with no budget and another 27% reported having budgets of between $10,000 – $50,000.
Additionally, respondents called for the development of a cohesive analysis or strategic framework that connects these organizations to each other. Ultimately, the report concludes that while there is a field of work being done to support AAPI boys and men, there are opportunities to strengthen and connect one another in the field.
Support for the report came from the Executives’ Alliance for  Boys and Men of Color. Advisory Council members, who played key consulting roles in developing the report, included Damon Hewitt, executive director, Executives’ Alliance for Boys and Men of Color; Marc Philpart, managing director, PolicyLink; Tavae Samuelu, executive director, Empowering Pacific Islander Communities (EPIC); Sarath Suong, executive director, Providence Youth Student Movement (PrYSM); Pheng Thao, founder, Man Forward; and Eddy Zheng, executive director, Asian Prisoner Support Committee (APSC).
“We hope that this report gives visibility both to the struggles that AAPI boys and men of color endure, as well as leaders and organizers who work tirelessly for the communities they are empowering,” said Quyen Dinh, executive director of SEARAC.  “Our analysis shows that an AAPI BMOC field does exist, and more attention and resources must be directed to organizations that serve AAPI boys and men, but not at the expense of other communities.
Dinh continued, “Our findings will also help inform work in the broader boys and men of color field, in coalition with national, regional, and local level leaders and organizations committed to working toward the well-being and success of all boys and men of color in the larger fight for racial, social, gender, and LGBTQ justice. We look forward to building bridges to facilitate new partnerships and deepen our dialogue on strategies to strengthen cross-racial and cross-movement community building.”
Register to view the webinar launch of our report here.