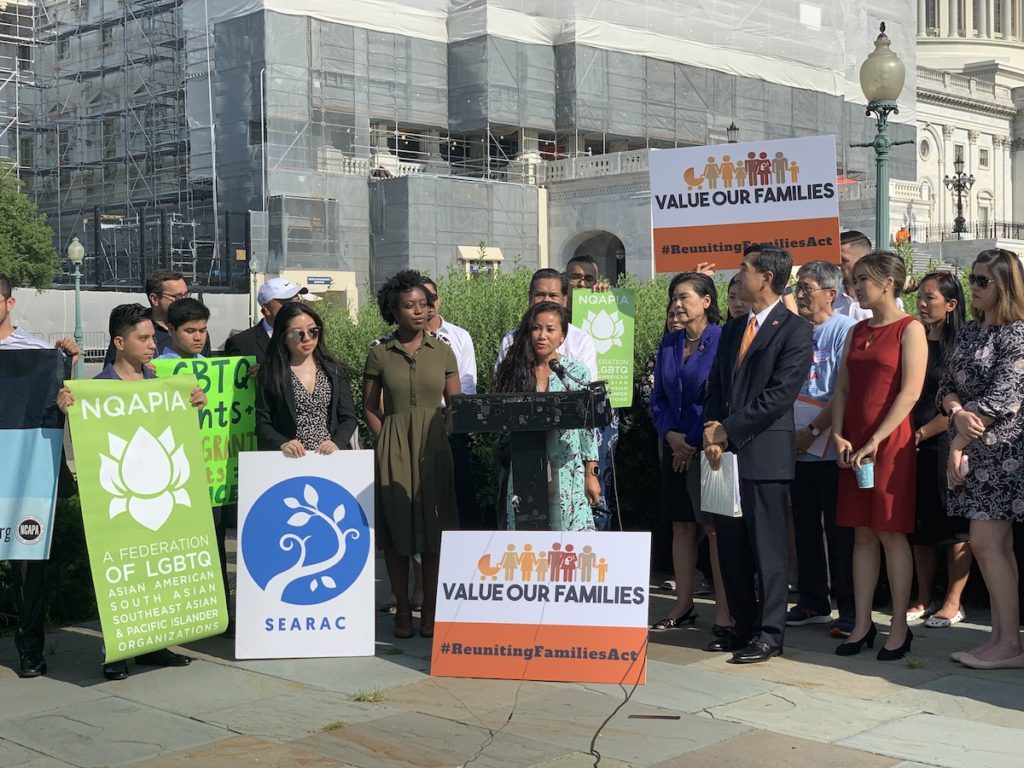 There are over four million applications in the family reunification system. More than 250,000 of these applicants are from Vietnam, 9,000 from Cambodia, and close to 2,000 from Laos. As the largest refugee community ever resettled in the United States, family sponsorship has long been a crucial avenue to reunite families splintered by war. In 2016, 87% of Cambodians, 96% of Laotians, and 97% of Vietnamese immigrants who received a green card were able to do so due to a family-based visa petition. Additionally, more than 15,000 Southeast Asian Americans live in the United States with a final order of removal. The creation of the family unity waivers under the RFA would provide an additional opportunity for relief for many of these individuals.
“My family and community have suffered tremendously because of the unjust deportations of Southeast Asian Americans for crimes already served,” said Montha Chum, co-founder of ReleaseMN8. “My brother, like many of these individuals, had few opportunities for relief from his deportation order. While we were ultimately successful in preventing his deportation, had the Reuniting Families Act been enacted, we could have potentially utilized family unity waivers to keep all eight individuals with their families, rather than just three.”
The reintroduction of the RFA comes as the Trump Administration pushes legislation establishing a merit-based immigration system for legal immigration, a process that SEARAC opposes. The Center for American Progress has shown that merit-based systems disproportionately affect women immigrants, 81% of whom immigrate to the UnitedStates through the family-based immigration system.
“Many Southeast Asian American families were separated in their escape during and after the fall of Vietnam and Khmer Rouge genocide. Some of our community members haven’t seen their loved ones for decades, and many continue to live in the fear of deportation due to limited forms of relief,” said Quyen Dinh, executive director of SEARAC. “The Reuniting Families Act would make our family reunification system more humane by ensuring that our families do not have to wait decades to be together and by providing greater opportunities for relief for those currently in deportation proceedings. Rather than pushing for merit-based policies that hurt our communities, Rep. Judy Chu’s bill demonstrates that the humanity in keeping refugee and immigrant families together is key to truly fixing our broken immigration system. SEARAC is committed to working with our partners and Rep. Chu’s office to advance this issue and bill.”
For more information on how family-based immigration benefits Southeast Asian Americans, check out SEARAC’s resource here.