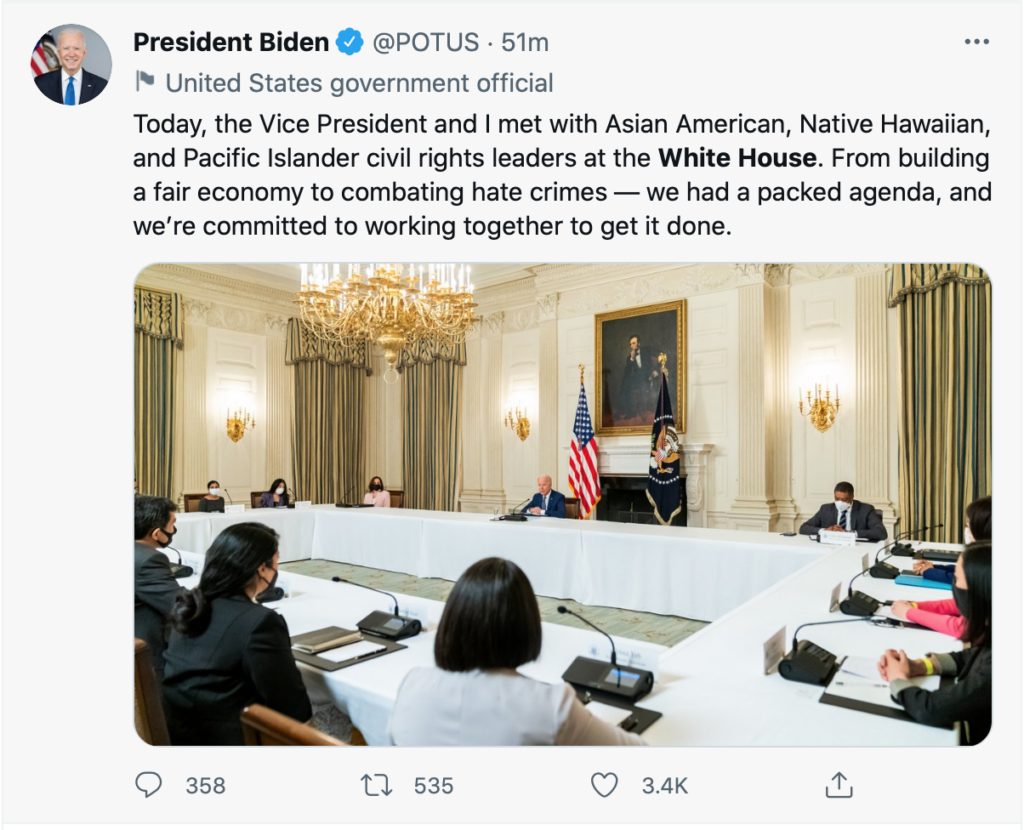 During the meeting, Quyen highlighted the deportation of Southeast Asian Americans and the need for the Administration to take executive action to prevent their removals. In particular, Quyen pushed for a renegotiation of the Vietnam bilateral repatriation agreement with the United States to protect Vietnamese refugees facing deportation.

“It was an honor to be able to thank President Biden for his legacy in passing the 1980 Refugee Act, which allowed my family and our refugee community to find safe haven in the United States — and to share the heartbreaking condition of those same refugees who today have final orders of removal for crimes of youth and poverty committed decades ago,” said Quyen Dinh, Executive Director of SEARAC. “The level of engagement with our communities shown by this Administration is something we have not seen in four years, and we greatly appreciate the attention that the President, Vice President, and their teams have given this issue. SEARAC is committed to working with this Administration to provide relief for as many people in our communities as possible.“

A statement about today’s meeting from the National Council on Asian Pacific Americans (NCAPA), of which SEARAC is a member, can be found here.