Among those suddenly targeted for removal is a father of two with an old conviction who has lived a peaceful life for years in Minnesota with his U.S. citizen family

Washington, DC – Following the biggest detention roundup of Cambodians in October 2017, and the biggest group to be deported in one flight just three months ago, the Southeast Asian American community once again awaits another round of removals to Cambodia next week. This reign of terror by the current Administration follows the aggressive sanctioning of Cambodia in 2017 to force its hand on more deportations. Because of these efforts, removals this year are estimated to double, stoking fear among many families.1

Among those targeted for removal this month are Chhoy Nuon of Savage, MN–a husband to a U.S. citizen and father to two U.S. citizen children, ages 11 and 14. Nuon came to the U.S. as a refugee from Cambodia at the age of 4. After initially resettling in California, his family moved to Oklahoma City, where he grew up in a low-income neighborhood plagued with poverty and gang violence. His family was poor, and his parents worked multiple jobs just to make ends meet.

As a teenager, Nuon was charged with armed burglary in 1997 and sentenced to 10 years in prison. He served two and a half years with probation but was immediately detained by Immigration and Customs Enforcement (ICE) after serving his time. Nuon spent almost three years in an ICE detention facility–longer than his actual incarceration for his crime. Upon release, he moved to Minnesota, where he met his wife, Betty Khakham. He supported Betty through college, got married, started a family, and bought a home together, where they have lived for more than 13 years. 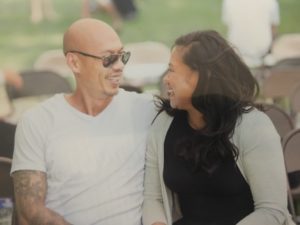 ICE is in a hurry to deport beloved husband and father Chhoy Nuon (pictured left with wife Betty) before he gets to exercise his due process rights.

Nuon has not reoffended since committing his crime as a teenager more than two decades ago. He holds a steady job as a machinist, and is an active father in his children’s lives and a devoted husband to Betty. Nevertheless, ICE once again detained Nuon for deportation on April of this year, even though Nuon already has an active motion to reopen his case for possible deportation relief, pending approval with the Board of Immigration Appeals. His attorney has filed a stay of removal to request that his deportation be halted long enough for him to have his day in court. Nuon has been torn apart from his family for four months while detained in the Sherburne County detention facility.

Since 1998, more than 2,400 Cambodian immigrants have been issued orders of deportation-over 68% of them due to criminal convictions, compared to 29% of immigrants overall.[2] Due to the unique relationship between the Cambodian and U.S. governments, deportations to Cambodia have been slower compared to other countries. However, an uptick in this trend is likely to occur after the Administration issued visa sanctions to expand removals. To date, more than 880 Cambodians have been deported and close to 1,600 more remain in limbo.

“While he committed a mistake two decades ago in his youth, he has since turned his life around, contributing to society as a model citizen and supporting a U.S. citizen family. We stand in support of Chhoy’s simple request to stay in the country long enough to exercise his due process rights. Additionally, we condemn this Administration for its continued effort to tear Southeast Asian American families apart and inflict further trauma on our community’s brothers, sisters, husbands, wives, and children, through indiscriminate deportation. We call on our congressional leaders to speak out publicly against this ongoing injustice and reexamine the harsh laws that allow for the mandatory removal of refugees to continue.” 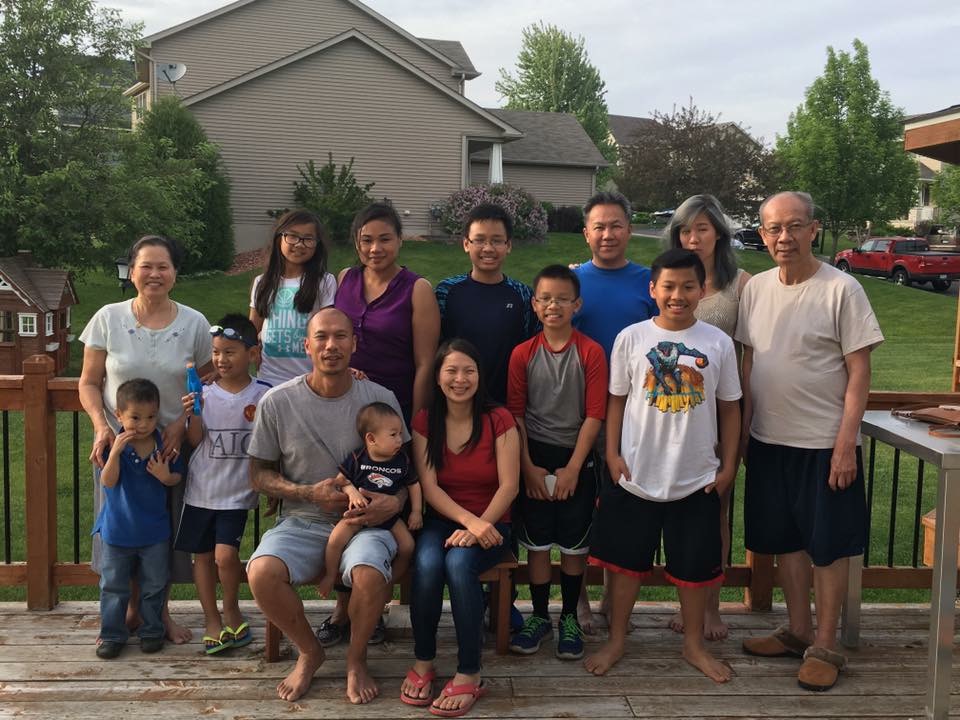 Chhoy (pictured seated at left) with his wife, children, and members of their extended family

Take Action: Tell your Member of Congress to stand with the Southeast Asian American community

“My name is ____ from (city, state). I am calling Representative/Senator (name) to express concern over the ongoing deportations of Southeast Asian lawful permanent residents for old criminal convictions. Many of these community members came to the U.S. as refugee children and babies and actively support U.S. citizen families after serving their time. They deserve justice and a second chance. The current Administration continues to pressure Laos, Cambodia, and Vietnam to accept the deportation of these refugees. Deportations to Cambodia are scheduled for next week with more removals likely to happen in 2018. Would you be willing to issue a statement in to oppose the deportation of our community members?”

(If they answer ‘Yes’ or ask for more information, direct them to SEARAC Director of National Policy Katrina Dizon Mariategue at katrina@searac.org.)

3. You can also use SEARAC’s Messaging Guide on Southeast Asian American Criminal Deportation as a resource.

If you or someone you know is facing deportation, our partners at Asian Americans Advancing Justice-Asian Law Caucus have created SEAraids.org, a website that houses important information and resources for Southeast Asian Americans with final removal orders.