Commemorating the 45th Anniversary of the Fall of Saigon 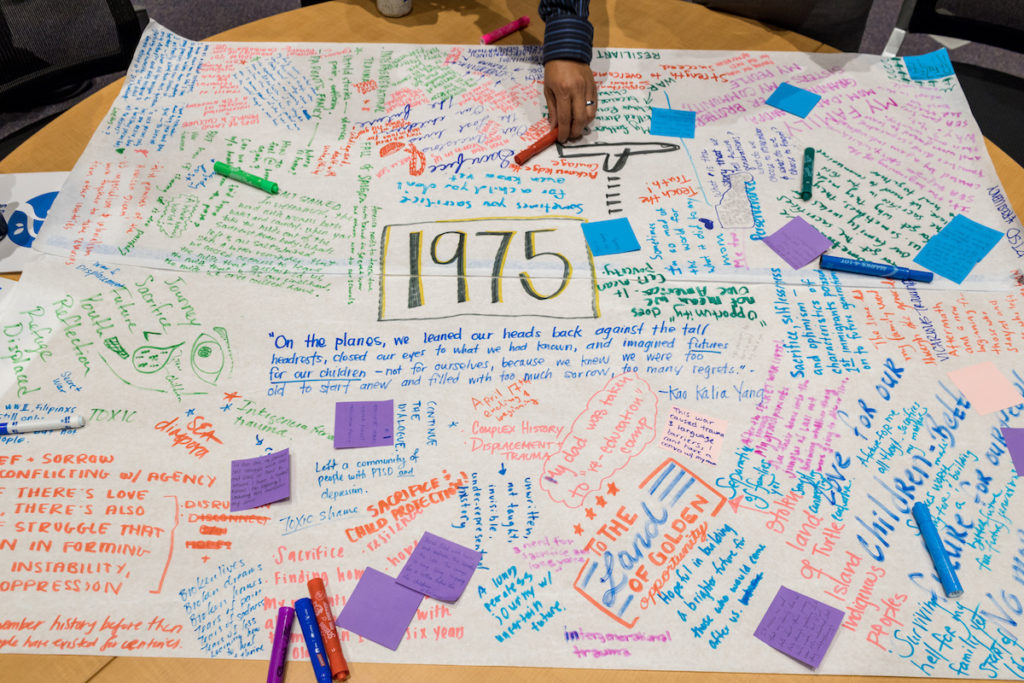 Washington, DC – On this day 45 years ago, the city of Saigon fell, ending the Vietnam War and ultimately displacing approximately 1.1 million refugees from Cambodia, Laos, and Vietnam.
Today, close to three million Southeast Asian Americans (SEAAs) call the United States home. And after four decades of resettlement, SEAA communities have been forced to navigate many challenges. During a pandemic that has caused staggering loss, the Vietnamese American community honors its fierce legacy of survival and resilience-with Vietnamese-owned businesses and leaders stepping up to raise money and provide resources for COVID-19 relief, organizations holding virtual events across the country with community leaders, and with community members continuing to tell stories that cultivate healing and movement-building.
“Today, on this 45th anniversary, I reflect on my parents’ courage and resilience in risking their lives as boat people so that I could be free,” said Quyen Dinh, executive director of SEARAC. “I think about SEARAC’s first Southeast Asian American director Le Xuan Khoa, a prime example of Vietnamese leadership who has helped pave the way for equitable policies that are still being felt today. And I think about a refugee community that has grown in power in our fight for equity, justice, and self-determination. On this 45th anniversary, SEARAC sends our hopes for healing and love to light our path forward during this time.”