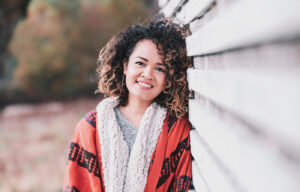 Like many other programs across the country, COVID-19 has forced Cambodian American Girls Empowering (CAGE) to stop its traditional classes and move its offerings to a completely virtual setting. “While it has been a struggle to learn how to build new capacity and bridges from screens to homes, it’s also been so wonderful to be able to provide relief and joy to others,” said Lanica Angpak, director and founder of the Philadelphia-based performing arts organization.

As a SEARAC Census Ambassador, Lanica thinks deeply about the power of collective impact, and she brings this curiosity into her work in the performing arts. “It’s vital for us to know each other as a community, locally and nationally,” she said. “Where are we, how many of us are there, and how can we use our collective numbers to be changemakers?  These are questions I find myself asking when I’m planning my dance classes or looking out to a crowd during a performance.

Shifting to online programming has opened up an even wider audience for CAGE to share the importance of census and encourage census participation. “Now, we’re able to dance with our students and meet new friends from all over the world,” Lanica said. 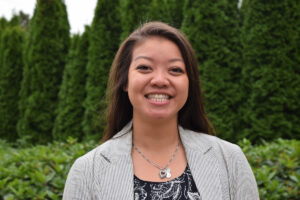 This year is Stephanie Ung’s first year doing work around the census, working in partnership with the newly reactivated Khmer Community of Seattle King County (KCSKC). The organization had planned to involve a new generation of community leaders to cultivate relationships with the hard-to-count elder population. “Our hope was for us to have in-person gatherings where we’d have food and music and then have mostly young community leaders, people who maybe haven’t been involved in community work in the Khmer community, but want to contribute and want to start getting involved,” Stephanie said. “We recruited them to be facilitators who would learn about census and essentially give a presentation and then do one-on-one help and small group help.

Plans were forced to change abruptly due to COVID-19. As a consequence, intergenerational relationship-building became even more challenging. “To establish relationships with elders and people whom we really want to reach, that would be hard to do online — not even just accessing online for elders and other families where Internet might not be easy to come by, but just the relationship and building that trust,” Stephanie explained, adding that seniors may not feel comfortable sharing personal information with someone they’ve never met. “We were taking that trusted messenger approach, and without in-person, and without food to bring everyone together, and without already established relationships, it feels really hard to try to do that online.”

A key focus for Stephanie’s organization is now offering food delivery and financial assistance for elders, an effort that is led by husband and wife community leaders Tessavan Ros and Thyda Ros, who both serve on the board of KCSKC. Through simple word of mouth, the organization has identified elders who live by themselves and could use additional support. After Tessavan, a professional medical interpreter, makes house calls to these elders, he takes the time to follow up with them and walk them through filling out their census forms, Stephanie said. These calls have solidified what the community has long known: there is a need for more support for SEAA elders.

“I think by Bong Tessavan reaching out in a very intentional way, they have met people who have never been connected with a larger Khmer community before, which is really amazing,” Stephanie reflected. “And during this time also, I think as they’re building relationships with elders, they’re finding more people who once we can resume activities and in-person stuff they want to help. And that’s been pretty neat.” 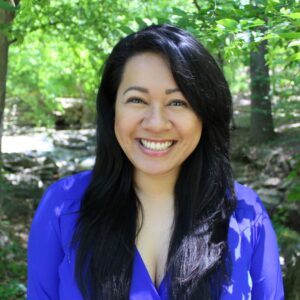 Savoeunn Phan considers herself new to activism, feeling an urge to give back and become more involved with her community by engaging them with census. “I want to help Cambodians and other minorities be counted in the 2020 Census,” Savoeunn said. “We are a minority of a minority group. We are Asians, but we’re also Cambodians. There are only 260,000 of us in the United States according to the 2010 Census, so having everyone counted is important.”

As part of the Angkor Association, one of the oldest Cambodian associations in the Maryland, Virginia, and DC area, Savoeunn saw that her local community’s needs were different from other Cambodian communities in the country. Rather than language barriers to participating in the census, it was more a lack of awareness of its importance and getting them motivated to actually fill out the form.

Because of the public health crisis, the association wasn’t able to host a table with census fliers and swag bags at the local Buddhist Wat as planned, so now Stephanie and others have shifted to pointing people to the information they need. “Mostly, it’s getting people’s children or grandchildren to help them fill out the census,” she said, adding that SEARAC’s and other organizations’ census trainings and emails have helped with material curation. “We have been sharing information and resources online. There’s a lot of information floating around — you just need to know how to find it.”