Research: One Tool for Restorative Justice

By An Thien Nguyen

I was always close to my mother, and we shared everything personal…until she became a voice in my research. Lacking memories of the Vietnam War as a child of refugees, I conducted an oral history for a college project with my mother where she detailed for the first time her incarceration, uninhabitable refugee camp conditions, and the unspeakable violence she faced under the communist regime in the 10 years she tried to escape. Although these conversations were difficult, my mother’s narrative and memories of torture became powerful expressions of survival that I learned to appreciate as my own history. My mother’s narrative connected me to my past for the first time, yet firmly grounded me in the present to solidify a sense of identity, belonging, and purpose. From these powerful exchanges, I knew I wanted to commit myself to every opportunity to learn and advocate for immigrant and refugee issues. 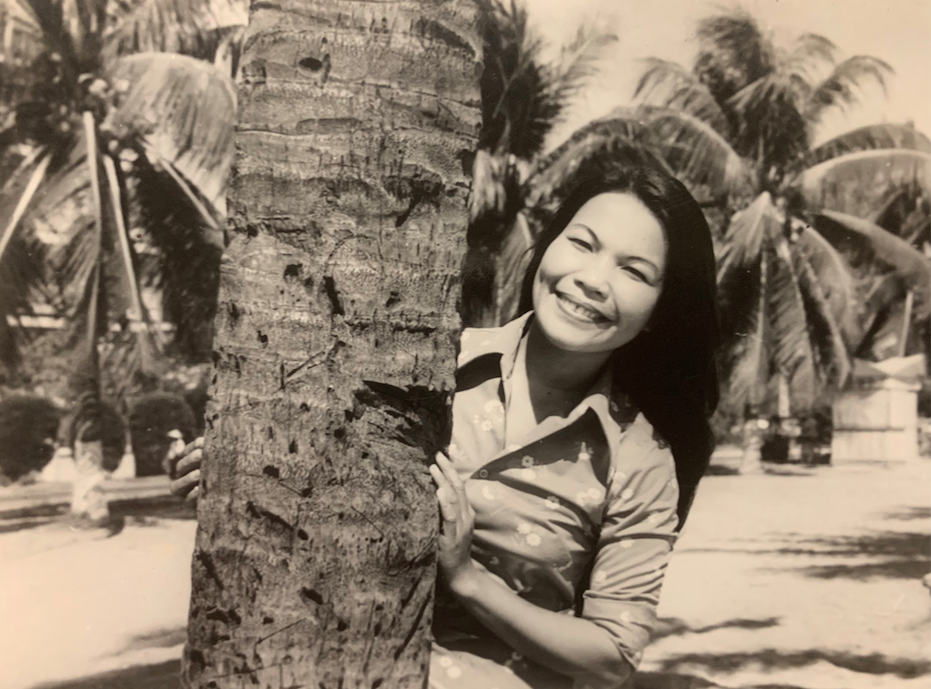 In all her glory, I present my resilient mother, Nguyen Thi Thanh Nhan, who was born and raised in the heart of Nha Trang.

Throughout my undergraduate career, I had my fair share of involvement with community-based organizations and the local community through conducting educational workshops on immigration policy and interpreting at naturalization and citizenship clinics. However, the most impactful experience I had was through a research project I led on community resilience of Southeast Asians facing deportation. This research experience has taught me how to confront the intersectionality of my race and ethnicity with my gender. More often than not, I was refused on numerous occasions when soliciting support from various community organizations, activists, and leaders to participate in my study. I thought to myself – was it because I was a woman, a woman of color; perhaps my age and hindering status as an undergraduate? Why was I not seen as a part of my own community? And as I delved into writing my thesis, I encountered a common pattern – the creators of research about my community, more often than not, were cis white males.

Looking ahead, I find myself asking: who should be conducting research in, and with communities of color? Dominant (white) researchers view this as a non-issue, and believe that research should be done by qualified researchers, regardless of color. Other researchers find it inappropriate for white researchers to conduct research in communities of color because of the difficulty in understanding the perspectives of communities different from one’s own. And as a female researcher of color, I was initially hesitant to become involved in research with the Southeast Asian American community because I feared being labeled as a “minority researcher,” accused of being biased, or accused by my own community of playing into the dominant White culture. Despite these convictions, I think about research as an opportunity of restorative justice for my Southeast Asian American community. I envision a society that incorporates a culture of research that engages our community in building relationships and addressing societal issues through inclusive and intersectional understanding to create transformative outcomes.

Left, right images: At my research symposium, I invited my parents to my presentation where I detailed the major findings of my research project: Southeast Asian Deportations: Asian American Ethnic Organizations Middle image: This is me at the end of a Defend Sanctuary rally in SF. I am sitting on a mural I helped paint; it states, “In the courts, in the streets, and beyond.”

I never saw myself as a researcher, yet alone pursuing higher education, but here I was – fiercely pursuing research on community resilience, Southeast Asian deportations, the school-to-prison-to-deportation pipeline, and API-serving organizational effectiveness. However, I was not alone; I built a community of support. I still vividly remember the day I met the mentor(s) that would change my life. To my mentor, Professor Long T. Bui, I remember walking out of your office after our initial meeting and holding back tears because for the first time, I saw myself. What did I see exactly? I saw the embodiment of a Vietnamese, queer, and man of color who possessed a similar familial, cultural, and historical background to me. I saw how your identity was integral in your success as a professor, scholar, and mentor. And that, you were living proof that I could be that too. From the inception of our relationship, Dr. Jeanett Castellanos, you witnessed the potential in me that I never could. You nourished my passion for research, and I began to see my own unrealized potential in the ways you did. Your guidance at every point during my research helped me garner an immense appreciation for my Southeast Asian American community, and to delve deeper into my unique, Vietnamese-American identity. 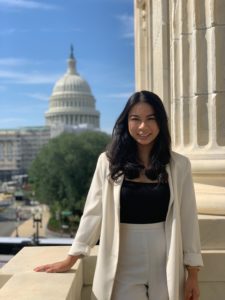 As a first-generation college student, education is a mechanism to bring economic security to my family. In choosing to pursue academia, I experience major moments of guilt thinking about the numerous sacrifices that have been made for me by my family. I am choosing to stay in higher education for 9+ years to pursue a career where I might not receive full-time work immediately after. And even if I do receive a full-time offer, I am both underpaid and engage in copious amounts of unpaid labor. This is a decision that I – and most others in the academic space – struggle making. Nevertheless, I do it because I believe in the words I speak, the writing I have given life to, and the organizing that will create an impact that money alone could never do. In academia, it is difficult to hold onto your vision. This is mine: I want to write so Southeast Asian American kids have the opportunity to read about themselves. In academia, this has zero value. In my life, this means everything.

An Thien Nguyen is SEARAC’s summer National Policy Intern. She is a senior at UC Irvine, where she is majoring in political science with a concentration in American governance.