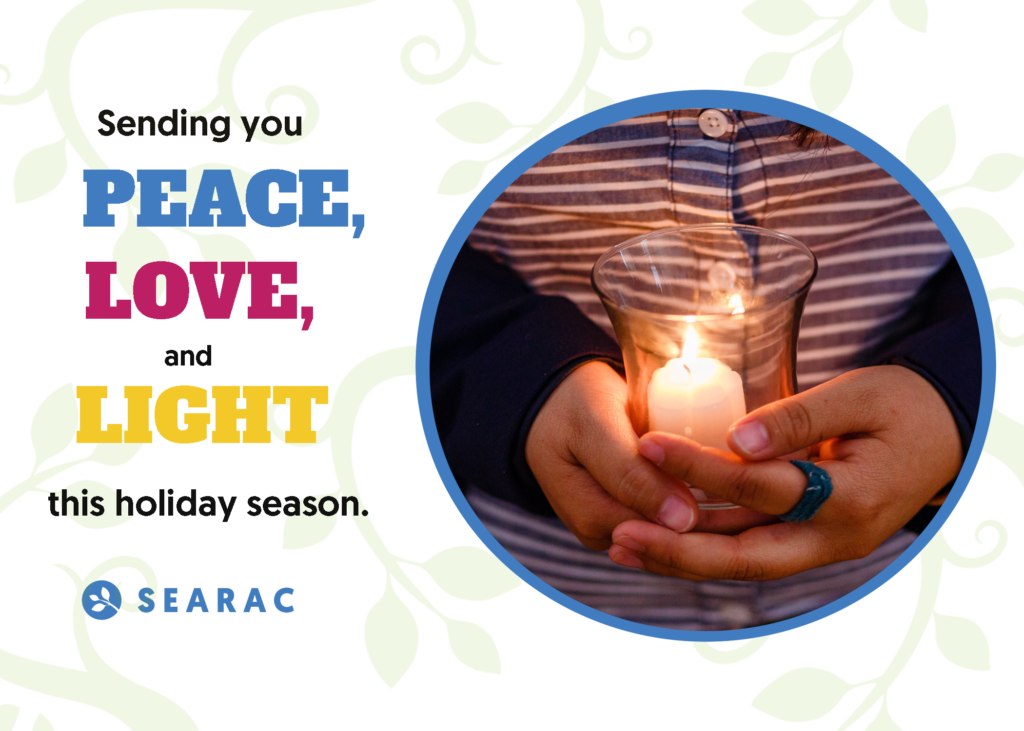 Earlier this week, a third wave of deportations to Cambodia happened with a flight of 36 community members leaving behind their loved ones: partners, children, friends, businesses, and communities. This latest roundup follows an earlier one in Augustwith a flight of 30 members, and in the spring with a flight of 43 community members.
In the Vietnamese community, we saw record-high levels of numbers of individuals who were deported to Viet Nam. Between 1998-2016, Viet Nam on average accepted about 30 individuals to be deported. In 2017, this number more than doubled to 71.
As we close out 2018, our hearts and prayers are with these families who now are dealing with the shock and trauma of being torn apart.
Our prayers are also with the tens of thousands of families who live their lives in limbo, not knowing if policies will change, and if they will be next.
In dark times like this and when our hearts are broken, it feels so hard to see the light.
But as a daughter of refugees, a descendant of survivors and warriors, I know that I must honor my legacy by choosing resilience and courage despite all odds. And because of that, I and SEARAC will hold those families in our hearts, honoring their experiences by continuing to fight for them and the larger Southeast Asian American community to experience freedom.
We will fight for these families and our communities by also honoring the blessings of light from 2018 that will allow us to continue our fight forward. 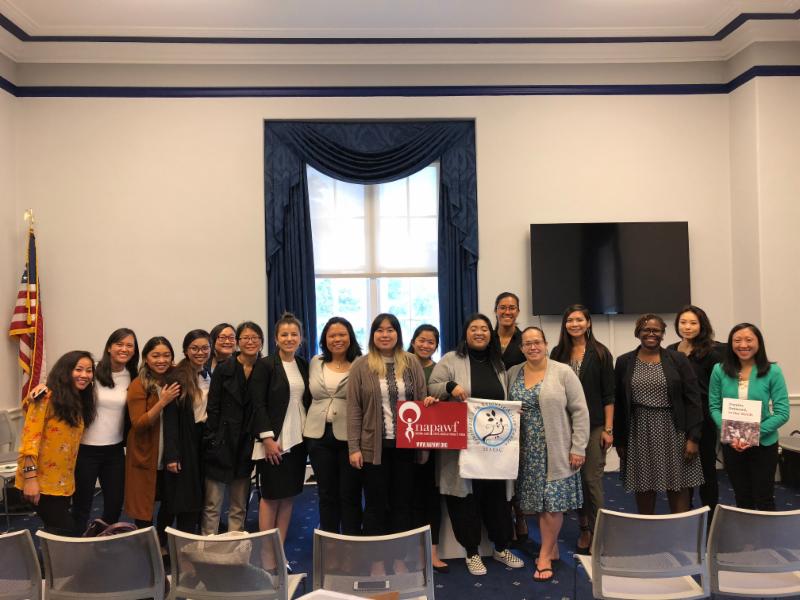 In 2018, SEARAC lifted our community’s voices here at the nation’s capitol as we brought five Southeast Asian American women — three of whom were alumni from our Leadership and Advocacy Training (LAT) program — to share their testimonies of how women, youth, and families are impacted by deportation and the threat of deportation. With the National Asian Pacific American’s Women’s Forum, we launched our historical report, Dreams Detained: In Her Words – The effects of detention and deportation on Southeast Asian American women and families. Other reports we launched this year include: Southeast Asian American Solidarity Toolkit: A Guide to Resisting Deportations and Detentions from the #ReleaseMN8 Campaign, with partners from #ReleaseMN8, National Immigration Project of the National Lawyers Guild, and University of Minnesota James H. Binger Center of New Americans; and Southeast Asian Americans Speak Out to Protect the Affordable Care Act and Medicaid Expansion,  based on comments from 350 community members who participated in our Protect Our Health Care comment card campaign.
We fought back against anti-affirmative action policies, raising our voices loud and clear to make sure our community’s struggles with attaining education would not be silenced in attacks against race-conscious admissions policies. 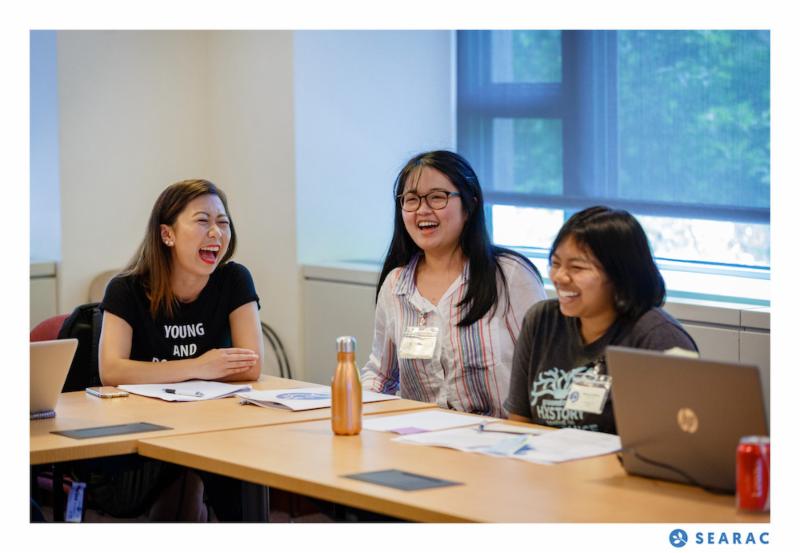 We trained 44 leaders from 14 states and 33 congressional districts as part of our 19th annual LAT program.
And through you all — our community members, leaders, partners, and allies across the country — we rallied to fight back against anti-immigrant proposals: from garnering more than 600 comments to denounce the administration’s public charge policies, to collecting more than 800 comments fighting back against the addition of a question on citizenship on Census 2020. 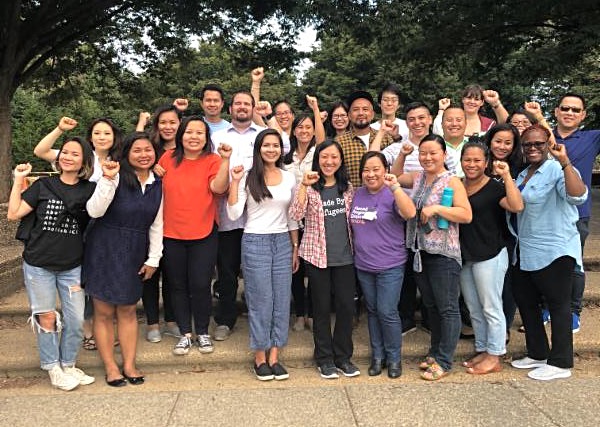 We cannot take away the reality of the pain, trauma, and suffering that families are experiencing during this holiday season, as has been true for the past two decades of deportation.
Knowing that the trauma of separation is real, we will hold our families even closer and allow healing to transform our pain into power for the fight ahead in 2019 — our 40th anniversary year — and beyond.
With your support and encouragement, we will double-down our efforts to develop leaders as we celebrate our 20th year anniversary of the LAT program. We will fight for our community’s right to be seen through Census outreach and education efforts as we also build out our advocacy muscles and political power by standing up to be counted.
And together, we will fight to be a force to be reckoned with in our communities and in DC — a fierce community of advocates charged to change laws despite some of the harshest political conditions we’ve ever seen.
From the SEARAC family to yours, thank you for your support, faith, trust, and investment in SEARAC and our communities as we prepare for the road ahead.
In partnership, 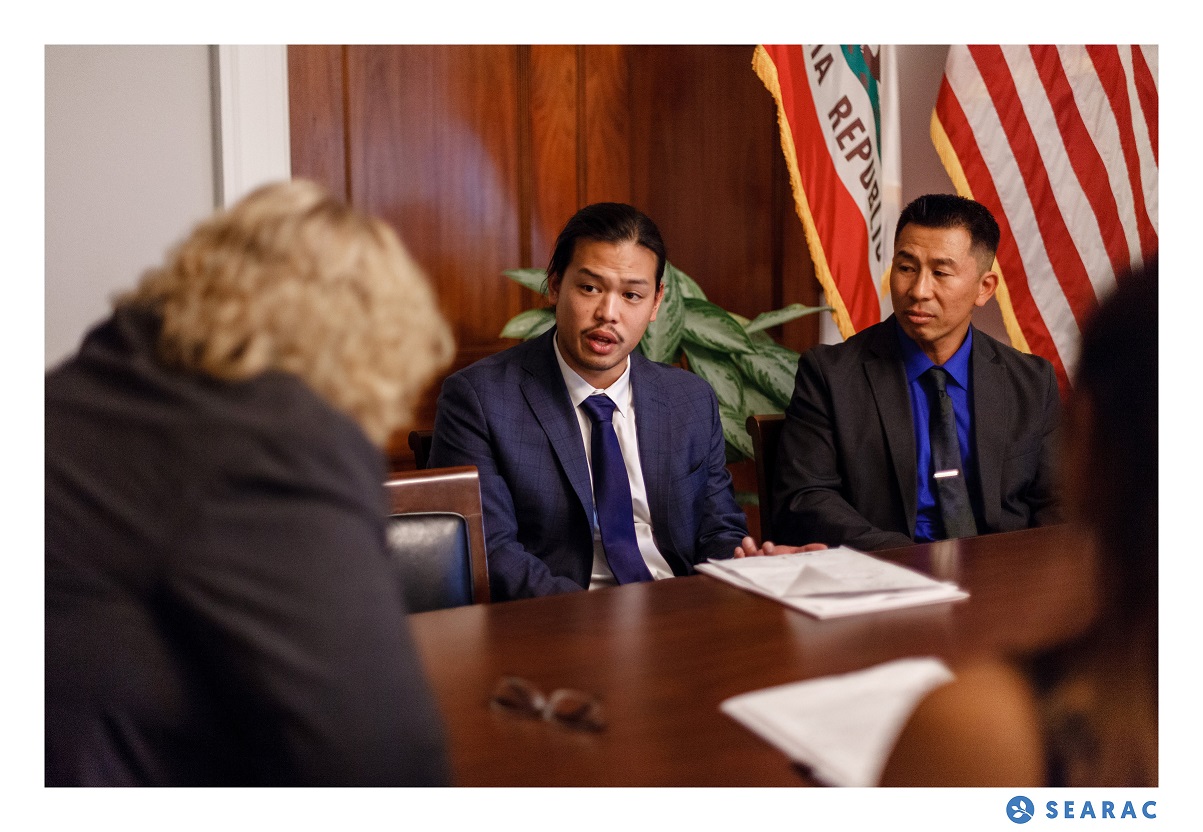