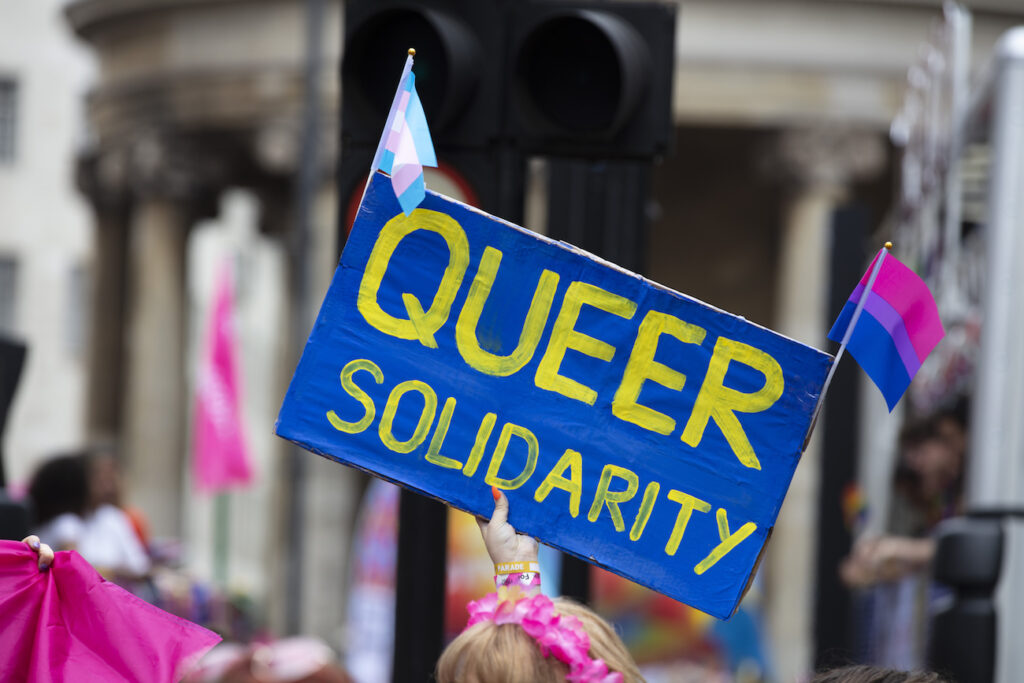 As Pride month and Immigrant Heritage Month comes to a close, I am reminded that justice does and cannot happen in a silo. As a gay, Hmong, cis-gendered man born in a Thai refugee camp, I have benefited from the movement for lesbian, gay, bisexual, transgender, and queer (LGBTQ) equality as much as I have from the efforts to free immigrants, refugees, and asylum seekers, both of which walk on the roads paved by the civil rights movement led by Black and Brown communities.

When I was younger, I hid myself by dividing my personhood into many parts in order to blend in with the conversations around me. At home and in community gatherings, I was Hmong. With friends, I was gay and Asian. At school, I was an American born in a refugee camp. And when I was alone, I cried because no one knew me. It was painful to know that I was ridiculed and hated because of whom I love, my culture, and my place of birth. Eventually, I pieced together my identities and was received with anger, hate, and conversion therapy. But I am here today because I know that I am not alone. There are those who have come before me that have shed sweat, tears, and blood in order for me to struggle and those who will come after me that will never have to cry because of who they are.

To be queer, to be Hmong, to be Southeast Asian, to be a refugee is to inherently live intersectional lives full of often conflicting identities.

It was barely 50 years ago that Marsha P. Johnson, Sylvia Rivera, and other queer folks led by Black and brown transgender leaders clashed against police. During that time the police often raided bars and spaces that catered to queer communities, and there were no laws protecting LGBTQ individuals. Rather, there were policies across the country that criminalized certain same-sex sexual behavior. The Stonewall Riots were a primary catalyst for LGBTQ equality and the reason we have Pride Month today. Similarly, during that same era, immigrants were also being deported for being homosexual or had their admittance to the United States denied because of suspected homosexuality. These deportations were on top of already racist and exclusionary immigration laws in the United States that had sought to severely limit entry of non-white immigrants.

To be queer, to be Hmong, to be Southeast Asian, to be a refugee is to inherently live intersectional lives full of often conflicting identities. But it also means that we get to live our lives in this country because of the rights won by Black, Indigenous, and other people of color from before our families were resettled in the United States. It would be disingenuous to say that there is no tension between and within minority communities. It is a hard truth. But it does not mean that we should not liberate our communities together, given that history has taught us that each civil rights victory has benefited more than just the Black community.

In the midst of the worst worldwide pandemic my generation has seen, the Supreme Court upheld non-discrimination protections for LGBTQ people. The Black Lives Matter movement has continued the civil rights movement and won victories against police violence across multiple municipalities, cities, and states. I choose to fight alongside the LGBTQ community and Black Lives Matter because I know that the Southeast Asian American community cannot free ourselves alone. Ending deportations for our communities requires us to work together to defund law enforcement, decriminalize immigrants, restore due process protections, and create a truly equitable country for all people regardless of identity.

Kham S. Moua is SEARAC’s Director of National Policy and can be reached at kham@searac.org.