In Debate, We Need Room for Lived Experiences 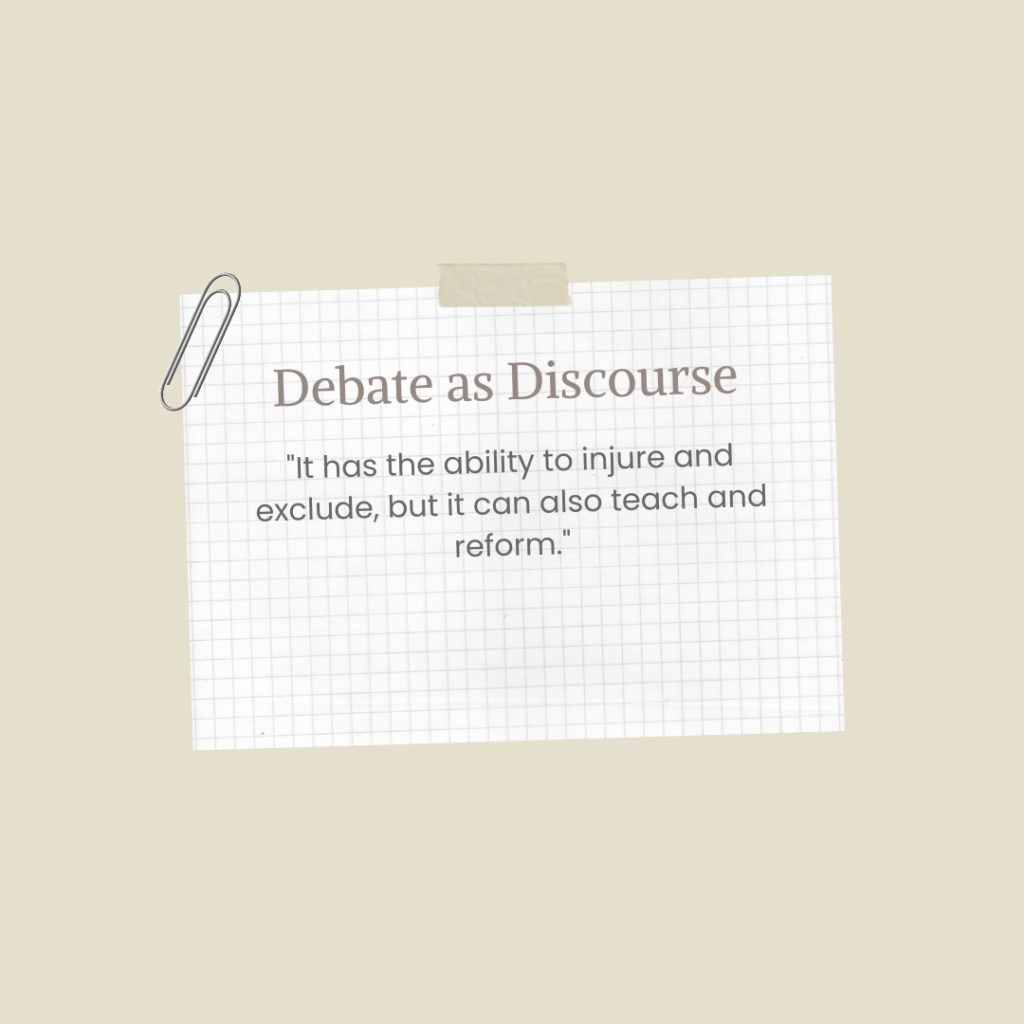 Since my first year at UC Berkeley, I have competed in the collegiate circuit as a British Parliamentary debater. The activity is more than a hobby, but a way to effectively deliver succinct and contextualized cases. It gave me the opportunity to reference studies and collective experiences that would add important stakeholders (like me) to the round, including the Burmese diaspora and broader Southeast Asian community. I found language to be empowering during these moments. However, I also recognize that language has the ability to disempower others. I was reminded of this double-edged sword after participating in SEARAC’s 2022 Digital Advocacy Training as a Policy Intern, where I heard advocates voice their concerns on whether or not elected officials would respect their testimonials. So, I decided to share this piece, which aims to discuss matters of compassion and the need to feel safe in spaces of discourse.

I found language to be empowering during these moments. However, I also recognize that language has the ability to disempower others.

When my team participated in the 2021 U.S. Universities Debating Championship, a statement was released by the Morehouse College Debate Team that detailed grievances against the Equity Committee for inadequately responding to reports of racial caricatures being used against African American debaters. Upon reviewing the statement, my team collectively withdrew from the tournament. We could not participate in a tournament that enabled debaters to maintain their ranks by dismissing racism.

At first glance, the tournament’s accountability structure and equity policy appears to be effective. When practiced, however, it is noticeably performative. Either leniency is granted due to a team’s “inexperience” or apologies are issued without proper redress. At the highest levels of competition, these inequities are branded as “mistakes.” That is why it is rare for teams to be dropped or barred from attending tournaments, even if they committed serious violations against the code of conduct. Rather, it is common for debaters who were harmed by these violations to decide whether it is in their best interest to withdraw or continue participating in a tournament that failed to protect them.

Race is an important facet of debate because it is often weaponized or undermined in a way that brings real harm to the psyche of participants. When racism is rewarded, intentionally or inadvertently, it is the fault of the institution itself. These inequities are systemic and recurring in the collegiate circuit. Earlier this year, I attended a tournament where I reported a team for using stereotypes about Southeast Asian women. The judge in the round did not condemn these arguments, which led me to feel concerned about whether or not the stereotypes informed their decision. If left unreported, it is likely that judges would be receptive to these stereotypes and teams would continue using them. So, debate is not a mere activity where harmful arguments are situated in a vacuum. It has the ability to injure and exclude, but it can also teach and reform.

To reiterate, debate is not a neutral space. We cannot detach ourselves from our lived experiences because they are inherent within our identity and positionality. There must be intentionality behind the language we use, which extends beyond debate. When we enter spaces to present our beliefs or listen to others, we must consider the people inside and outside of the room. For those who have experienced their identities being invalidated, I urge you to hold those spaces accountable. For those who control these spaces, it is time to take action that does not resort to ignorance or virtue signaling. After all, lived experiences hold an important place in discourse and advocacy. The narratives and evidence we provide must be inclusive and equitable.

Diane is SEARAC’s 2022 Summer Policy Intern. You can email her at diane@searac.org.