I don’t know that much about Laos, but I can tell you about the ghosts 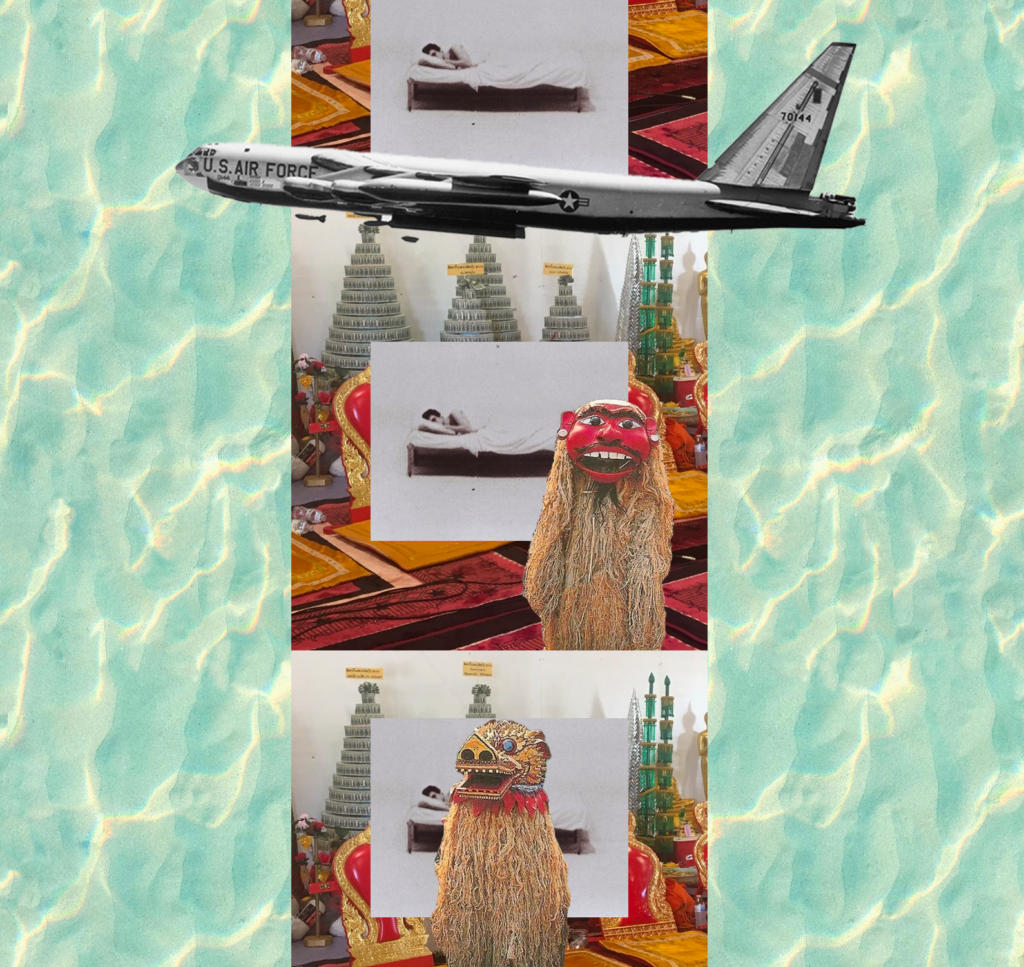 art and words by Kylie Volavongsa

I’ve been thinking a lot about ghosts lately
but when I say lately, I might mean all the time.
because how long does it take for the things around me
to age from lately to back-then,
to grow from now-and-then to all the time?

Let’s just say that I’m pretty consistent when it comes to ghosts.

I was a kid when I first heard about phi,
the Lao spirits that lurk and play tricks and
give you strange dreams in strange places.

I heard that they like to sit on your chest
when you’re sleeping, especially when you
don’t ask permission to live where they lived first.
I wonder what they are trying to remind us.

and for the phi that have followed
my family through rivers and camps
and sponsor homes and the crowded apartments
where they grew scallions on windowsills
and foraged along city sidewalks,
I wonder what they remind us of.

I’ve also heard that some phi like to hide away
the kids that play hide and seek at night.
like, really hide.
like, turn them invisible.
I wonder what they want to un-remind us.

I was a freshman in college when I heard
about absence as a kind of presence,
and I thought about ghosts again.
there is a graveyard near my dorm
where an inscription at the gate reads,
“The Dead Shall Be Raised.”

I don’t think our dead – my relatives and
ancestors and family possessions –
went anywhere that they’d have to rise from.
I don’t really think they went anywhere, in fact.
But I have to guess what I mean when I say that
because I’m not so sure either.

But I’ve realized too that absence is not
a thing for me to fill in, rather, it is
the space in which I would like to
flesh myself out

I’ve also realized the amount of
space of absence is
absolutely abstractly
Terrifying,

and so I grit my teeth
every time I try to
take a look around.

because being the way that I am (Lao)
with a history the way that it is (American),
I consider almost everything
a strange dream in a strange place.

I am lucky to be someone
that likes ghost stories
as much as I do.

too far to fully grasp,
but just close enough
to keep on reaching for

Kylie Volavongsa is SEARAC’s Summer Communications Intern. She is a rising sophomore at Yale University where she will major in English or Ethnicity, Race, & Migration (ER&M)—maybe even both. At Yale, she is an Associate Editor of The New Journal, where she most recently wrote “Thirty-Two Too,” a powerful snapshot of Lao New Year and how to put a fractured community back together. You can email Kylie here. 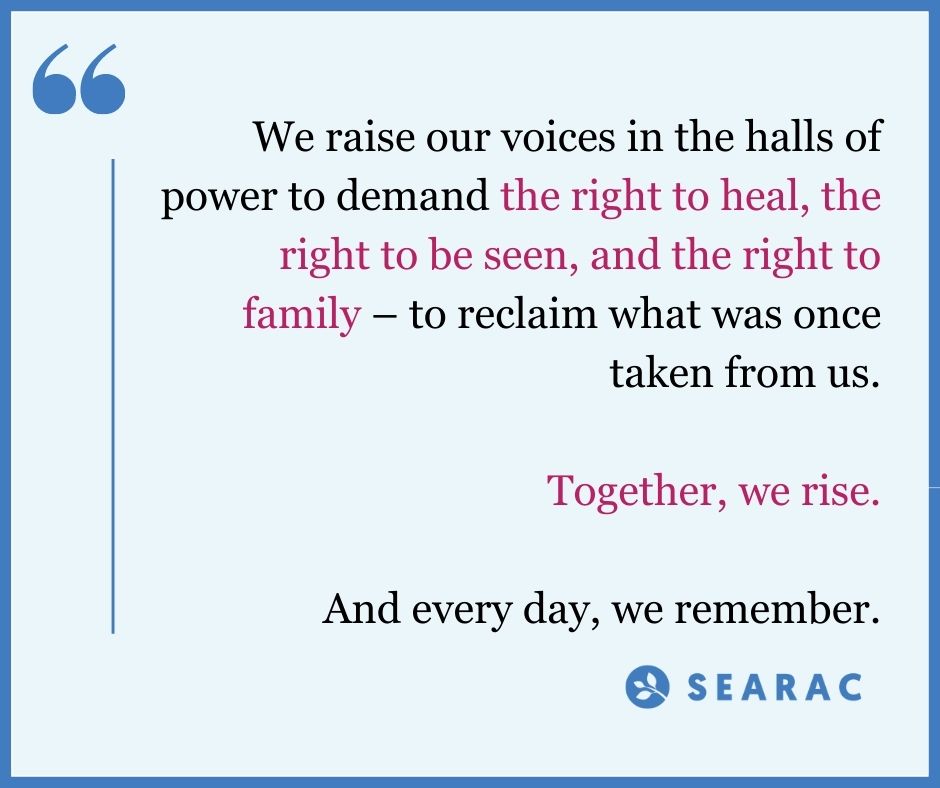