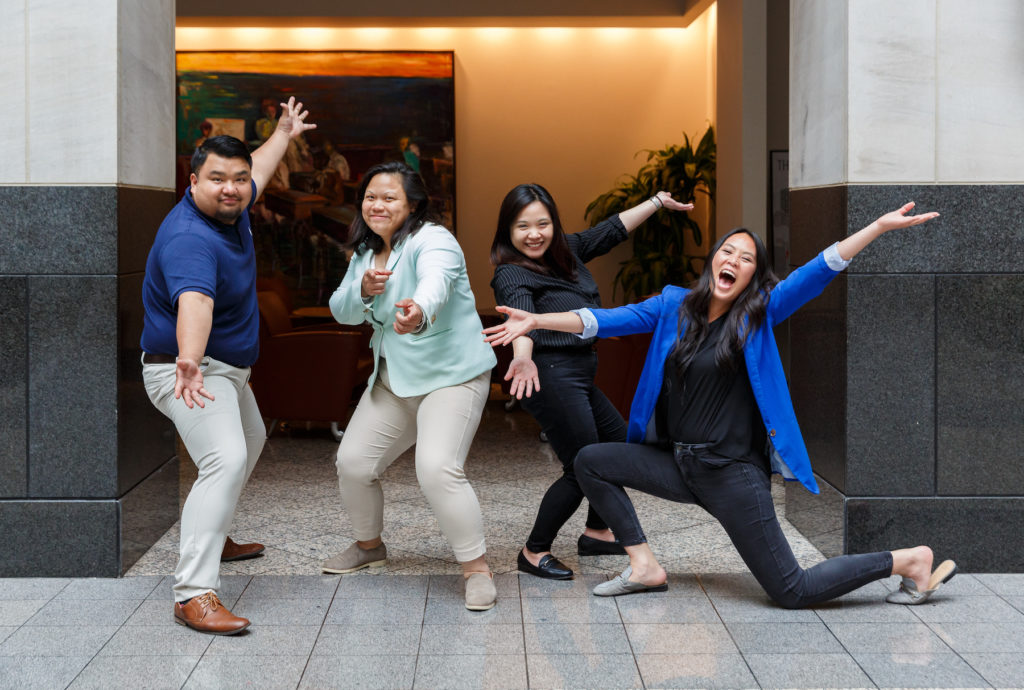 I’ve had the privilege of organizing SEARAC’s annual Leadership and Advocacy Training (LAT) three times, and along the way, I’ve crossed paths with just about 150 community advocates from all over the country. Among many memorable moments, one standout is a reflection from a 2018 program alumnus (and previous SEARAC intern), Luke Kertcher, on his LAT experience advocating on Capitol Hill: “I didn’t feel empowered. I felt powerful.”

Now, in 2020, a milestone year that marks the 45th anniversary of the Southeast Asian American (SEAA) community’s resettlement in the United States and includes both the once-a-decade census and a highly anticipated presidential election, that quote resonates even deeper. How can we ignite that sense of power for the SEAA and Asian American, Native Hawaiian, and Pacific Islander (AANHPI) community at large? Undoubtedly, that will take far more than a few paragraphs, but if I can spark that feeling in even one person, I won’t waste the opportunity.

For too long, SEAA and other refugee, immigrant, Black, and Brown communities have been excluded from discussions, from data, and from dollars, and this country must reckon with its history of drowning out marginalized communities’ voices.

There is too much at stake this year not to demonstrate our community power through robust data that recognize our brothers and sisters as modern-day superheroes. In fact, in preparing for the 2020 Census get-out-the-count (GOTC) work, I’ve come to realize there are numerous similarities between our community and the Marvel Cinematic Universe’s (MCU) team of Avengers.

That is, beginning with 2008’s Iron Man, the MCU laid the groundwork over the course of 10 years before tying everything together with 2018’s Avengers: Infinity War. Although some have written these movies off as escapist blockbusters, the saga’s finale explored plots closer to our reality than these critics might realize or admit. (**Spoilers ahead for those who have not yet seen how MCU’s “Infinity Saga” concludes!**)

At the end of Avengers: Infinity War, the first film of a two-part conclusion, Thanos snaps half of the universe out of existence, and we watch beloved characters literally turn to dust. The ending forced audiences to face: “What happens when the bad guy wins?” Well, for many marginalized communities, the film’s ending might have been more literal but not unfamiliar. You might’ve felt it when Peter Parker disappeared in Tony Stark’s arms because you know what it’s like to want to protect your community’s youth fiercely. You might’ve felt it when Okoye watched T’Challa wither away because you also devote yourself to rising community leaders in the rhythm of their life’s work. You might’ve felt Thanos’ snap during the last presidential election or have felt it studying US history and not seeing your community’s experiences acknowledged. You might feel it every day of this quarantine scrolling through movie options with casts that don’t reflect the community around you. For too long, SEAA and other refugee, immigrant, Black, and Brown communities have been excluded from discussions, from data, and from dollars, and this country must reckon with its history of drowning out marginalized communities’ voices. So while our villain may not be purple and our fate may not be instant dust, we know what it feels like to be in those Avengers’ shoes.

Big shoes to fill, right? One need only look to the epic conclusion, Avengers: Endgame, to see what it could look like to step into our power and undo Thanos’ snap. And 2020 provides such a fitting backdrop for just that.

Thanos cannot snap anyone out of existence without the “Infinity Stones,” six stones whose collective power can bend our characters’ realities and timelines to the will of whoever possesses them. In our world, the time, space, mind, power, reality, and soul stones don’t exist in physical form. Rather, they manifest in other ways, such as apathy, English proficiency, age, technological proficiency, immigration status, and ethnicity. However, we can take a cue from the Avengers for our 2020 GOTC work. To undo Thanos’ destruction, they retrieve the stones to bring back everyone who was erased. So, it’s on us to reclaim our world’s version of the Infinity Stones for the 2020 Census – to communicate why the census is so important, to provide in-language resources and guides, to help our elders navigate the census online or over the phone, to ensure our undocumented community members that their responses are confidential and safe, and to help acknowledge complex feelings toward the US government while still encouraging our community members to respond and be counted. One stone after the other, we can make sure that nobody in our communities gets erased.

Maybe for these thematic parallels to our real lives, maybe for watching plots go from page to screen, or maybe just for Chris Evans (and if so, absolutely no judgment here), audiences are drawn to MCU’s superhero films, and the studio has been credited with reinvigorating—and some may say transcending—the genre. Avengers: Endgame, to date, boasts a record-shattering $2.8 billion box office haul. What’s even more astounding? That figure is over 500x LESS than the amount of federal funding allocated based on Census data EACH YEAR—a whopping $1.5 trillion! So, while many folks marked their calendars for opening night of Avengers: Endgame, my hope is that our communities marked our calendars for today, Census Day – April 1, 2020, as well.

In these times, it is often easier to identify the villains of our lives than the superheroes. In truth, our communities are full of superheroes in our ranks (and more often than is acknowledged, in our mirrors). In the first Avengers film, Tony Stark declares, “If we can’t protect the earth, you can be damn well sure we’ll avenge it.” Well, 2020 is the chance to rise to this occasion. The chance to avenge any pothole that remained unfixed, any school that scraped by underfunded, any family member who’s had difficulty navigating systems that lack in-language resources, and anyone who has felt like the threads of their family’s story have not been woven welcomingly (if at all) into this nation’s tapestry. 2020 is calling us all to action. So, suit up.

Alyssa Tulabut is SEARAC’s Field Manager. To contact her, email alyssa@searac.org. You can respond to the 2020 Census online at my2020census.gov, over the phone, and via mail. You can also learn more information and access resources about census’ impact on Southeast Asian American communities by visiting our census site at http://bit.ly/SEAAsCount. Take 10 minutes to make sure you and your community are counted for the next 10 years!