2020 Census: Voices from the Hmong, Lao, and Iu Mien Communities 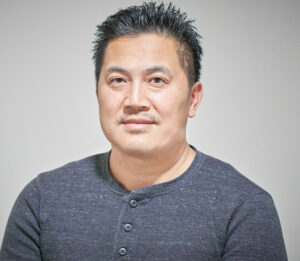 Before the COVID outbreak, Iu Mien Community Services (IMCS) in Sacramento, CA, had planned to set up its office as a census questionnaire assistance kiosk, where people could get support in filling out their form. Now, IMCS Executive Director Kao Thun says his organization has had to shift to social media as the primary outreach tool, while involving volunteers, staff, and Iu-Mien community district leaders in telephone banking to reach people in the Greater Sacramento region.

Kao remains hopeful and optimistic about this year’s count.

“In 2010, we didn’t have that many people fill out the census [in the Sacramento Iu Mien community],” he said. “This year, we pushed harder to able to connect with that part of uncounted community. With social media, we were able to reach a younger crowd through our Instagram work. We put two videos on Facebook since we knew there were older folks staying at home with not much to do, so it was better to reach out to them that way. The videos were well-received. I think this year has been one of the most challenging years due to covid, but I’m confident to say it is one of the most successful years for census.”

Reflecting on how news was shared through village elders in Laos, Kao says adopting this trusted messenger model to disseminate information has been key for the older generation now living in the United States. “Here in the US, pastors might be the community leader for members of the church, but then they would share information from the church community with the non-church member,” he said. “Just seeing that collaborative effort is really great.”

Although social distancing practices have greatly minimized in-person touchpoints, ICMS has been providing food deliveries to families; staff use this interaction to combat misinformation that may serve as barriers to census participation (a recent rumor is that COVID can spread through electronic contact, not just through personal contact — this is 100% false).

“We put flyers in our care packages and also do follow-ups via phone to see whether they have questions or to see whether they know that census is coming up,” Kao said. “To my surprise, about 80% of folks we delivered to said they know about census now — not just because of our organization’s  effort but also social media and community leaders.” 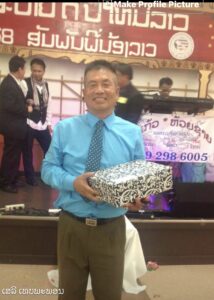 Including the temple and the churches, there are 16 different mutual assistance associations in the San Francisco Bay Area, and Sary Tatpaporn and other Lao leaders in this extensive network had been preparing to join the local community in a New Year celebration, where they also intended to disseminate information about the 2020 Census. COVID-19 put an abrupt end to those festivities.

Now, Sary is concerned that he can’t know for sure whether his community is filling out the form. “The system is asking us to go to a website and fill it out,” he said. “That might be difficult for many of the families who are not technologically savvy. “

Sary has been involved with the Laotian community since the early 1980s, serving as an unofficial spokesperson for the entire Indochinese Southeast Asian refugee community, including the Laotian and Cambodian communities. Later in the decade, Sary was recruited to work as a consultant for the refugee resettlement program. “Because of my involvement in the public arena, I know how important the census is,” he said.

Today, despite the non-ideal circumstances, Sary and his local network remain dedicated to getting out the count. “We still continue to have telephone conference calls and use the Facebook Messenger group, where we share information to one another,” he said. “We talk about how it is so important for us as a group of people to participate in the census, so we show up in the data. Once that data comes out, we will have information about ourselves. Right now, we don’t know how many of us live in the Bay Area, or even the city of Richmond.” 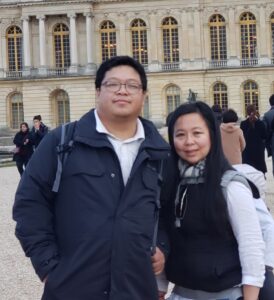 While within the Iu Mien community, the senior population may rely on the younger generation for support in civic affairs, like the 2020 Census, a notable language barrier exists. Community advocate Cayle Tern experienced this first hand while presenting a census workshop a few months back, before COVID-19 hit. The Q&A session at a local church was engaging, and the attendees learned about disaggregated data made possible through census; despite this success, Cayle realized its limitations.

“I felt that it was a productive presentation, but it was a challenge having to translate as you share information,” he explained. “I am fairly educated and consider my Mien speaking ability as proficient, but there was still a language barrier. As with many Iu Mien communities, this particular congregation consists of young adults that do not speak Mien well and older adults that do not speak English well. Then you have the population that speaks a more technical version of Mien. I was not prepared to present information in that manner. Although I managed to convey the information and gained participation for future events, that room got warm real fast.”

Cayle’s advice to the community: “Even if you speak Mien, designate an English interpreter or a Mien interpreter depending on what language you choose to present so you do not have to translate right after you share information.”

Adding to the difficulty in achieving a complete count of the Iu Mien community is the community’s fragmented locations. In Oregon, for example, information is seldom shared among the multiple organizations serving specific populations, Cayle said.

In an effort to overcome these barriers, Cayle has been working hard to develop partnerships and acquire resources from other AAPI communities and connect them with his Iu Mien community. He also keeps busy serving on the Advisory Board for the Asian Family Center, which provides education and outreach to Southeast Asian and Pacific Islander communities, and serving as a member of the API Coalition of Community Leaders in Multnomah County, developing strategies to include hard to count communities.

“I have been providing Census education since October 2019,” he said. “With the support of SEARAC, I was able to provide our Iu Mien literate community with a translated version. I found that educating our community leaders has been an effective approach, but there are many challenges.” 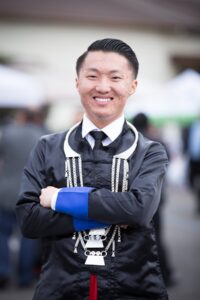 Eugene Vang, a second-year undergraduate student at UC San Diego, signed up to be a SEARAC Census Ambassador because he knows what is at stake. “I am Hmong-American, and I want to make sure that my family, friends, and Hmong and SEAA communities are being counted and represented in the census,” he said. “I know that the census will determine what the next 10 years will look like for my community. I want to make sure that every single person is accounted for and that our communities are receiving the funds and resources that we deserve especially because I want to return home and give back to my community eventually. Our schools, communities, and programs that our families depend on to thrive, and more mental health services especially for our youth will be funded and supported when we are counted.”

As part of his outreach plans, Eugene had intended to return to his neighborhood in Merced over the summer and serve as an onsite resource to his family, friends, and community members as they filled out the form. COVID-19 has foiled his plans.

“Now that this has changed, I have started to focus my work on social media, such as Facebook and Instagram,” Eugene said. “I have been creating and sharing art and posts about the importance of census, being a part of conversations about the census, and just being available to answer questions.” 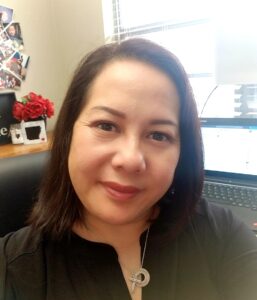 Xue Lee had learned that the Hmong community has been undercounted during past censuses, and this knowledge compelled Xue to sign up as a SEARAC Census Ambassador, supporting GOTC efforts to Southeast Asian families, especially the Hmong population in her regional northwest Arkansas area.

“I’d like to ensure we all get counted in order for our regional area to get the most resource funding possible to help underserved and underrepresented communities,” Xue said.

Because of COVID-19, Xue had to abandon her plans of visiting Hmong families to talk about completing their census questionnaire. Events for Hmong Arkansas Inc, a nonprofit organization for which she serves as a board member, have also been cancelled, affecting Xue’s ability to reach community members

“I’ve shifted my outreach approach to mainly using social media and making as many telephone calls as possible to inquire if they’ve received their Census documents in the mail and if they have any questions on how to fill it out via paper or online format,” she said. “I’m continuing to think of other ways to do outreach.” 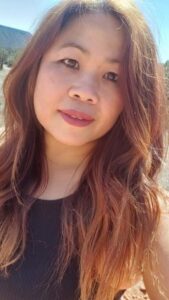 Anasone learned a valuable lesson from her involvement with the 2010 Census: “specific and culturally responsive communication and outreach is key to community involvement and partnership,” she explained. Together with fellow members of the LANA board, Anasone has set out to educate and mobilize the Lao community for this year’s census by using in-language resources from community and national partners, affiliations, and collaborations. “Using our social media as a vehicle, we have posted live video panel discussions, census community meetings, fact sheets, graphics, and Lao census hotline numbers,” she said, adding that the videos are highly requested. “The elders love those because they understand the language.”

Providing resources to the community to educate others has been convenient, Anasone said, with the abundance of census information from groups like SEARAC, the Census Bureau, Asian Americans Advancing Justice-Atlanta, Center for Pan Asian Community Services, APIA Vote, AARP, NCAPA, Wake Up Atlanta, and TDW+Co. “Having in-language census resources to share with our Lao community works because it shows that we count, we matter, we are here, and that we are not forgotten by the community at large.”

Anasone’s dedication to census outreach comes from knowing what her community stands to lose. “I am passionate about this work because as a mother, an educator, and an advocate, I am fighting for a better future for my children, students, and community,” she said. “With billions of federal dollars at stake that our communities can use for schools, roads and much-needed public services, we cannot afford to be undercounted again.”