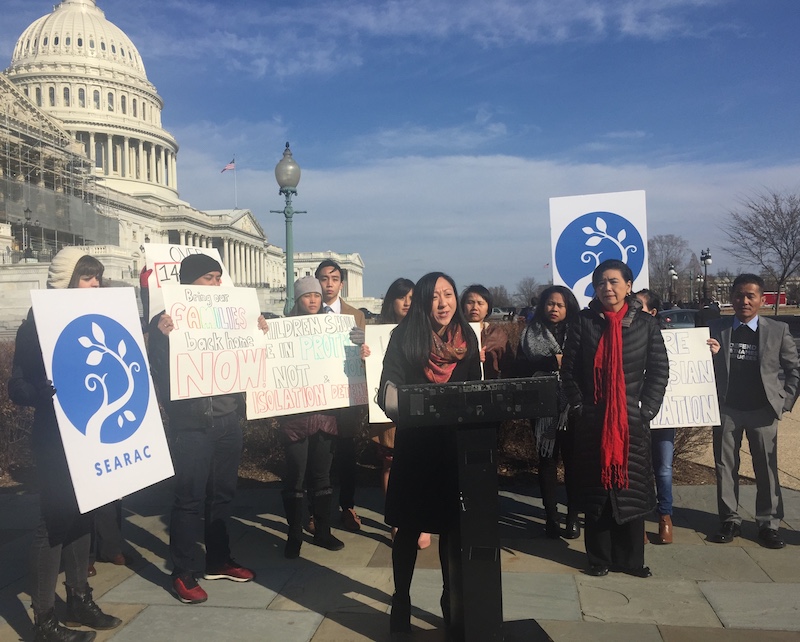 Currently, more than 14,000 Southeast Asian Americans have been given an order of removal since 1998. The majority of these individuals resettled in the United States as refugees after the Vietnam War. Some became involved in criminal activity after being relocated into struggling neighborhoods. After two decades, many have already served their sentences, started families, and rejoined society before Immigration and Customs Enforcement (ICE) began trying to deport these individuals. These immigrant and refugees are facing a large increase in ICE’s detention and deportation efforts, including the agency’s continued overspending to detain more individuals than annually appropriated.

Since the start of President Trump’s Administration, deportations of Southeast Asian Americans have drastically increased. Deportations of Cambodian Americans increased by 279% between 2017 and 2018, and Vietnamese Americans saw a 68% increase in the same timeframe. Additionally, the Administration has unilaterally reinterpreted the Memorandum of Understanding (MOU) between the United States and Vietnam to allow the US to deport pre-95 Vietnamese Americans, a clear deviation from previous interpretations of the MOU. The Administration has also placed visa sanctions on Laos to pressure the country to accept individuals awaiting removal.

Quyen Dinh, executive director of SEARAC, stated, “We applaud Representatives Chu, Lowenthal, Lofgren, Rouda, Cisneros, and members of the Congressional Asian Pacific American Caucus for their leadership in resisting the deportation efforts of this Administration. The president’s continued attack on immigrants, refugees, and asylum seekers is unconscionable. We should be investing in our students and schools instead of funding hurtful and unnecessary detention and deportation programs that tear families apart. We stand with community leaders like Montha Chum and Tung Nguyen, who are speaking out against the injustice that they and their own families have faced at the hands of our deportation machine. SEARAC will continue working with our allies in Congress until we can end these attacks on our families and create a process to bring our loved ones home.”

Phi Nguyen, litigation director at Asian Americans Advancing Justice | Atlanta, said, “As this Administration continues to terrorize immigrant and refugee communities, it is crucial that our elected leaders not only speak out against the Administration’s sweeping anti-immigrant agenda but also do everything in their power to put in place real protections for our communities. We are encouraged to see members of Congress speak out against the cruelty of Southeast Asian detention and deportation and hope that this is only the starting point for the overhaul of an immigration system that is, by design, broken.”

Sina Sam, community organizer with Khmer Anti-deportation Advocacy Group and the Southeast Asian Freedom Network, expressed, “Southeast Asian communities have been devastated by the relentless attacks and rampant ICE arrests within our neighborhoods. The recent death of Mr. Sophorn San after his deportation to Cambodia in December, along with ICE’s intent to deport another 200 Cambodian Americans this year, have placed our communities in an extreme state of duress. The Vietnamese American community faced similar heightened attacks this past year when the Trump Administration unilaterally reinterpreted the agreement between the two countries in an effort to detain and deport them en masse. But impacted families, Southeast Asian organizers, community leaders, legal advocates, and allies from all across the country have come together to fight back. We will not stop until our families are safe, healing, and whole, again.”