There are 15,000 Southeast Asian Americans with a final order of removal. About 80% of removable Southeast Asian Americans have a criminal conviction. Many of these individuals were refugees who have never lived in their countries of origin and no longer have any family ties to Cambodia, Laos, or Vietnam. The vast majority of individuals that SEARAC or its partners have worked with would be eligible for relief through the New Way Forward Act. Many have convictions under five years or have had their convictions vacated or expunged through post-conviction relief. 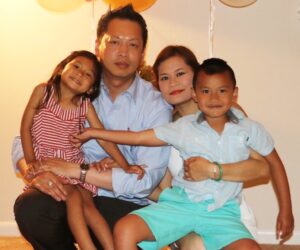 Nam Nguyen, a Vietnamese refugee born to a South Vietnamese officer, was placed on probation as a 17-year-old. Two months before his probation was complete, he was arrested for drug possession and given a two-year prison term. He spent 16 months in prison and 4 years in DHS detention. Nam turned his life around by disconnecting himself completely from past friends and influences that could have led him back to prison. He started a family and dedicated himself to his Christian faith. Nam became a pastor and started his own ministry called Loi Song Tin Lanh (A Christian Lifestyle) with over 11,000 online followers. Nam also supports his U.S. citizen wife and two children by managing a large retail store that serves the Vietnamese community. Section III of the New Way Forward would prevent individuals like Nam from deportation for mistakes they made in their youth.

Many have turned their lives around since their incarceration. A significant number of these individuals would likely find relief if immigration judges had the authority to grant discretionary relief. In some of the cases SEARAC has worked with, Judges and ICE agents have expressed sympathy for the individual, including in the case of Cuong Nguyen, a small business owner with a conviction for drug trafficking. Cuong is a 35-year-old realtor and nail technician who resettled in the United States at the age of 11 after his family fled from Vietnam when his father was released from a reeducation camp. He is a husband, a son, a brother, a father to a 3-year-old boy. In 2006, when he was 22, Cuong was convicted of a drug-related charge. He was arrested the week he was scheduled to take the oath to become a citizen. Had he taken that oath even one day before his arrest, this story would be much different.

Instead, after he finished his 2.5-year criminal sentence, Cuong was immediately transferred to ICE for deportation proceedings. Three months later, in April 2010, ICE finally released him. Cuong immediately began to rebuild his life. He opened his own nail salon. He got married. He became a father. And then early one morning in March 2017, a month before his son’s first birthday, ICE officers suddenly showed up at Cuong’s home and arrested him. They did not release him until an entire year later — and only after he sued the government.  Now, Cuong lives daily with the fear that ICE may rip him away again. He has no relief from deportation under our current immigration laws. 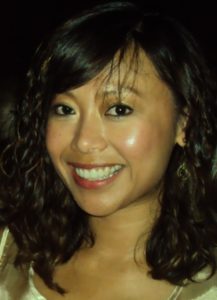 Similarly, judicial discretion is necessary for individuals like Lundy Khoy, who was convicted of drug trafficking at 19 despite only having several ecstasy tabs on her. Under the advice of her lawyer, Lundy pled guilty and was given a 5 year sentence. Due to her good behavior, she was released after 3 months and placed on supervised probation. Lundy went back to school, and began to work to get her life back on track. Lundy has finished school, started working, volunteered with multiple charities in her community after her release. Despite receiving a governor’s pardon in 2016, she continues to live in fear of deportation.

Saray Phin was a domestic violence victim seeking a divorce from her abusive husband. He would often force her to join him in various activities. When he was arrested for possession with an intention to sell, so was Saray. Her decade old criminal conviction came from her husband’s possession and intention to sell. She was detained on March 11, 2019 during a check-in with ICE and moved to an interview center in April. However, her criminal case was vacated on May 2nd, and her lawyer filed a motion to reopen filed on May 3rd. Her removal order was vacated. She is now back home with her son, advocates for her community as part of the Clemency Project, and plans to pursue a legal education to help other domestic violence victims. 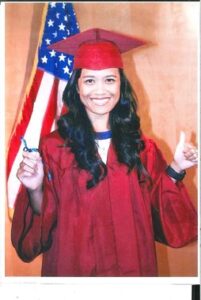 Others, like Ny Nourn, should never have been convicted in the first place. Ny was a victim of domestic violence, abuse, and rape by her boyfriend. Her abusive boyfriend in a jealous rage, shot and killed her work supervisor. His murder went unsolved for three years until she escaped the relationship and went to the police. The police arrested and charged her in aiding and abetting the murder. In 2003, a judge sentenced her to life without the possibility of parole. She, like upwards of 90% of incarcerated women experience domestic violence or sexual assault before their incarceration.

While in prison, she became an advocate for incarcerated survivors, and completed training to become a certified alcohol and substance abuse counselor. In May of 2017, Governor Brown granted her parole but, the California state prison system handed her over to ICE upon her release because her green card was in jeopardy due to the state criminal conviction. She faced even worse conditions than in state prison while detained in immigration custody for 6 months while ICE was trying to deport her to Cambodia. But after many months of advocacy from community groups across California, she walked out of ICE detention 2 years ago. Restoring judicial discretion would likely help individuals like Cuong, Lundy, Saray, and Ny find relief from deportation. 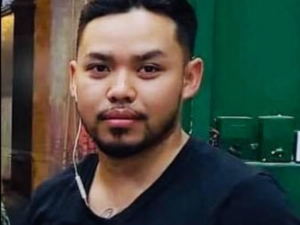 Some individuals, like Sophorn San, would have been able to reopen their case despite already being deported. Sophorn moved to Rhode Island in 1996 after his family obtained legal residency through family sponsorship. In 2010, at age 19, San pleaded guilty to possession of a handgun without a permit and was sentenced to six months in prison with 56 months probation. His attorney advised him to take a plea deal, though neither knew at the time that Sophorn would become deportable because of it. After he was released from ICE detention, he started working and moved in with his girlfriend and her two children. On December 17, 2018, he was deported to Cambodia. Had the New Way Forward Act been enacted, Sophorn would likely be back with his family in the United States instead of dying a year later in a motorcycle collision at the age of 27. 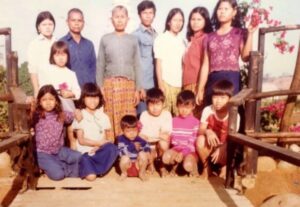 SEARAC’s Immigration Policy Advocate, Nary Rath, wrote a powerful blog post on the impact that the New Way Forward Act would have on her family. “My cousin, Pheap, is among the many Southeast Asian refugees who are facing a life sentence of separation from his family due to the unjust and inhumane criminal legal and immmigration system,” Nary shared. “As we look to eliminate mass incarceration and create a racially just society, supporting the New Way Forward Act is an essential step toward justice and equity for immigrant and refugee communities.” Read Nary’s full blog post here.

A digital toolkit to promote the New Way Forward Act to your Members of Congress is available here. It includes SEAA stories, graphics, quotes, and other advocacy tools that you can use to encourage your reps to co-sponsor the bill. We encourage you to share widely with your networks!