Moua’s and Dokmai’s Story: “I just want my wife to be with me here” 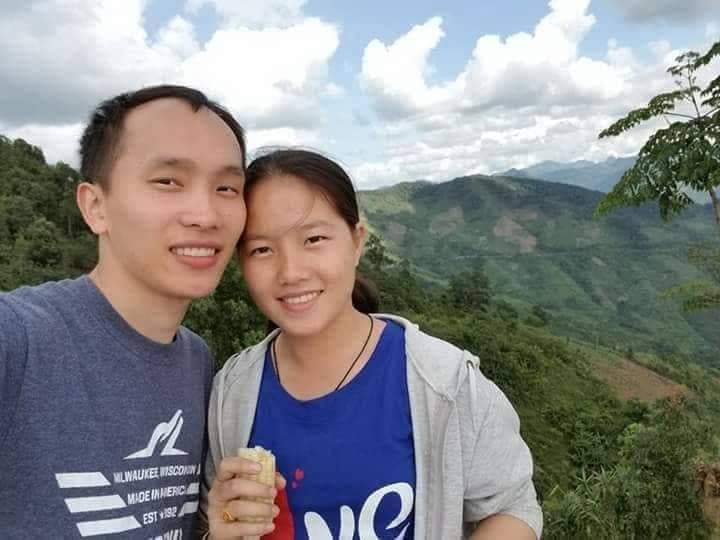 When Moua Vang, a 26-year-old Hmong American Minnesotan, first met Dokmai Cakseng six years ago on Facebook, he felt a strong connection. Many conversations later, he flew to Laos to meet her in person, and he quickly envisioned a lifetime of love, family, and companionship with her. The couple married in 2018 with dreams of a bright future together.

In Minnesota, Moua works as a solar installer, a labor-intensive job that requires a significant amount of travel and overtime hours. He spends the remainder of his time taking care of his elderly father, checking in on him every morning before driving to work. Moua makes sure that his father’s bills are paid on time, sometimes contributing his spare cash toward this effort. 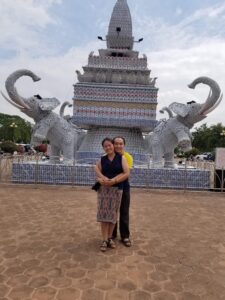 Every day, Moua worries about his wife. In April 2018, Dokmai’s house in Laos caught on fire, and she was home alone battling the flames. Neighbors helped, but she lost many possessions, and it took months to clean and replace all the items lost. Since the incident, Dokmai suffers from post-traumatic stress disorder and easily gets scared. She panics when she smells smoke. She is also anxious and cannot sleep due to fear that the house will catch on fire again.

“She’s all I think about. I just want my companion to be with me here, not just to help as a caregiver to my elderly father, but so we can also finally save some money and start a family, which is all I ever wanted. The emotional stress, the financial hardship, the physical toll it’s taken on both of us — it’s all really hard to manage.”

In September of that year, Dokmai suffered a miscarriage. The closest hospital to Dokmai’s home is a 16-hour drive away, and because of this distance, she was not able to receive adequate medical care or treatment. Moua says the pain of the pregnancy loss and the inability to process the loss together with his wife is “indescribable.” He compares the feeling to “getting stabbed in the heart.” Dokmai cried herself to sleep for many nights and often wakes up in the middle of the night, crying alone. Her depression has led to lack of an appetite or the ability to fully function. Compounding her depression and anxiety, in March 2019, Dokmai’s nephew passed away, to whom she was a caregiver.

Navigating these extreme hardships alone is not something Moua, Dokmai, and all those impacted by the 243(d) sanctions should have to face. Moua should not have to spend thousands of dollars and multiple days of travel to be by his wife’s side, something he’s only had the time and money for five times since their wedding day.

“She’s all I think about,” Moua said. “I just want my companion to be with me here, not just to help as a caregiver to my elderly father, but so we can also finally save some money and start a family, which is all I ever wanted. The emotional stress, the financial hardship, the physical toll it’s taken on both of us — it’s all really hard to manage.” 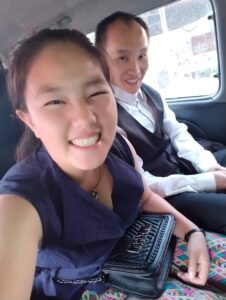 In 2020, the Trump Administration broadened visa sanctions on Laos for not complying with their 2018 demands to speed up deportations from the United States, establishing an immigration ban for Hmong, Iu Mien, and Laotians that continues to be implemented. These retaliatory actions followed a 2017 visa sanction on Cambodia, which increased removals of Cambodians by 279% and Vietnamese removals by 58% between 2017 and 2018. It is time to repeal racist laws that devastate immigrant communities, lift visa sanctions that separate families, continue protections for our most vulnerable, and work towards transforming our legal systems to uplift the dignity of our communities.

The Southeast Asian Deportation Defense Network has launched a petition to end these visa sanctions on Change.org. The petition will be delivered to the Biden Administration and Department of Homeland Security Secretary Alejandro Mayorkas in the hopes that a show of community support will encourage them to lift these unjust sanctions against our families.