Khmu National Federation, Inc (KNF) is an organization formed to bring Khmu communities throughout the United States together with the goals of cultural preservation. Khmu people are believed to be the natives of Laos. As a small group of people, they were pushed to relocate to the mountains after colonization. After the Khmu people immigrated to the United States due to the Vietnam War, KNF was formed in 1990 and incorporated as a nonprofit 501(c)3 in 1993.

Currently, there are about 20,000 Khmu people dispersed throughout the major California cities such as Santa Anna/Orange County, Fresno, Stockton, and Richmond, as well as in a few other states including Washington, Arizona, Texas, Oklahoma, and Massachusetts. KNF’s mission is to preserve culture through language, food, music, and art. Through the process of strengthening ties between generations and providing resources, KNF will help address cultural and ethnic barriers.

Currently, there are about 20,000 Khmu people dispersed throughout the major California cities such as Santa Anna/Orange County, Fresno, Stockton, and Richmond, as well as a few other states including Washington, Arizona, Texas, Oklahoma, and Massachusetts.

Khmu National Federation is proud of its achievements with outreach, engagement, and partnerships within the community. Since KNF was formed, the community has prioritized the annual New Year’s celebration, Greh. The Greh festival provides a cultural celebration to highlight Khmu music, dance, arts, culture, and ethnic cuisines. Each year, the group rotates which city hosts the festival. Then, different youth groups in the area perform cultural dances and play traditional instruments as a part of the festival. The privilege of a new location every year for Greh allows performers to create unique programs that highlight Khmu culture. The promotion of Khmu heritage, traditions, and language makes this festival significant to the community.

Another proud achievement of KNF is having Khmu languages classes available for the community. These classes serve all generation of Khmu members, both Laos- and US-born. The focus of these classes is to preserve language through writing and constant vocal practice. These classes also serve as an opportunity to learn Khmu history, which helps bridge relationships between children and their elders. The Khmu community takes pride in continuing to utilize the Khmu language in the United States and hopes to keep the language alive for generations to come. 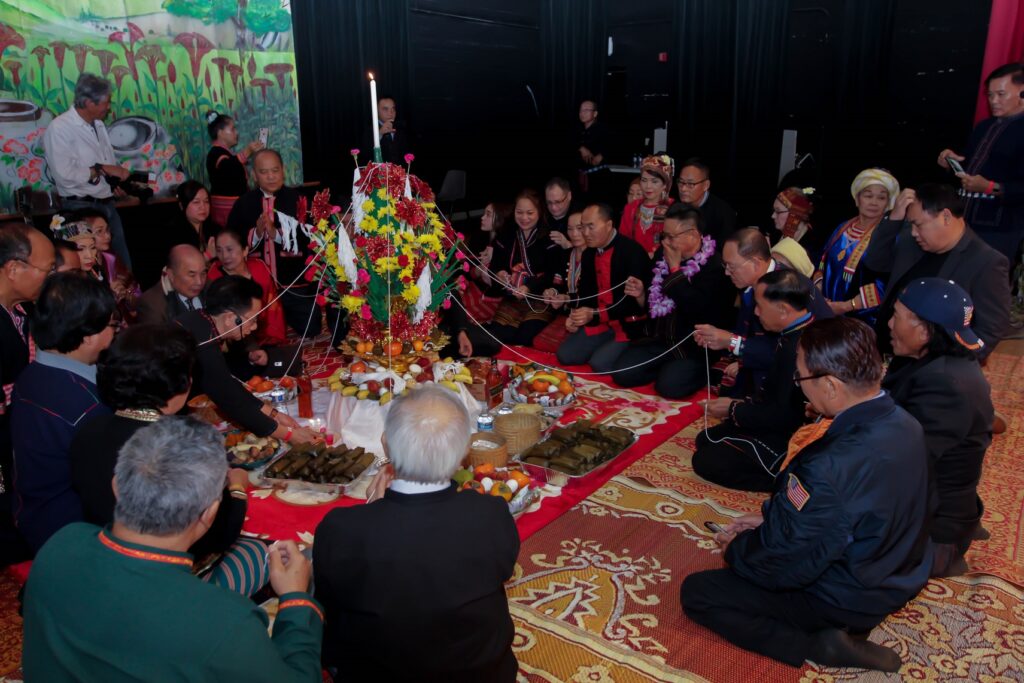 KNF is currently in need of allyship with other ethnic and cultural groups. Creating partnerships with other organizations will allow the Khmu community to share resources, build presence in the mainstream culture, and access the knowledge of other established organizations. KNF also struggles with leadership building, creating sustainability, organizational planning, and finding funding for programs. They are currently volunteer based and find that they are limited by their funding. KNF was very privileged and thankful to receive a small grant last year from SEARAC for its work around community and civic engagement. The Khmu leaders would like to recruit and build a strong partnership network in order to accomplish their goal of cultural preservation.