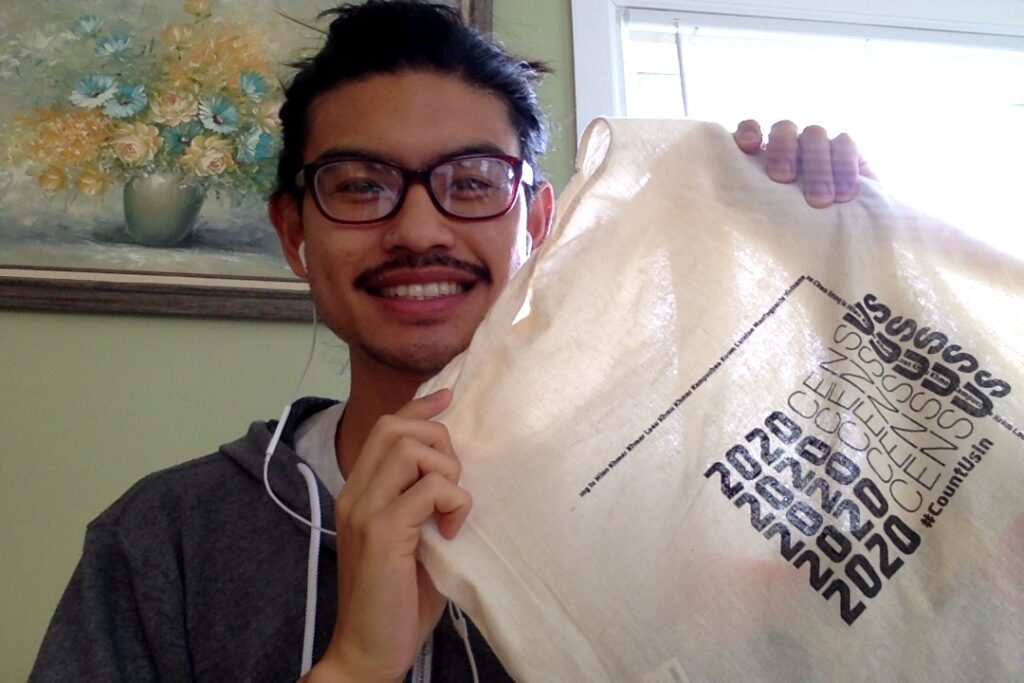 Earlier this year, Kevin Hoang Pham, of Silver Spring, MD, was at a low point, mentally. He had tested positive for COVID and became stressed that he had inadvertently passed it on to his family members. 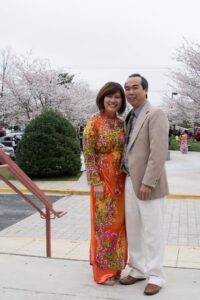 Kevin’s mom Linh and stepdad Duong brought food to his window every day while he was sick with COVID.

But in that time of severe anxiety, Kevin was reminded of the power of love and connection. “In the period of two weeks I was in quarantine, my parents brought food up to my window every single day,” Kevin shared, adding that he is a recent college graduate living with housemates. “In a moment where I was experiencing an emotional low, I knew my mom and stepdad would come at the end of the day, bring really good food for me, and check in on me. It made me feel really seen and taken care of. It made me feel really loved.”

These days Kevin is ensuring that members of historically overlooked, hard-to-count communities, including Southeast Asian American communities, are also seen — through the census. As a 2020 Census enumerator, Kevin has been knocking door to door, in neighborhoods, housing developments, and apartment complexes, traveling to households who have not yet responded and helping them fill out the questionnaire. At the time of this interview, Kevin was gearing up to travel to adjacent counties that did not have enough enumerators to complete canvassing.

Communities that are usually undercounted, like undocumented communities or SEAA communities, are going to be even more undercounted. People are afraid to even open their doors when I’m knocking.

Working as an enumerator during the pandemic, at the top of Kevin’s mind is language accessibility and how it impacts his Vietnamese community. “Because of my job, I’m thinking a lot about how this census is going to be the most inaccurate census because of COVID,” he said. “Communities that are usually undercounted, like undocumented communities or SEAA communities, are going to be even more undercounted. People are afraid to even open their doors when I’m knocking.”

Among those who do open their doors, Kevin has noticed that many people whose English is their first language are either uninterested or do not know what the census is. “For folks who speak more than one language, the word ‘census’ — they don’t even know what it is,” Kevin explains. To address this issue, the US Census Bureau developed a resource sheet for canvassers with two sentences translated in 20 languages: I work for the US Census Bureau. Is there anyone who speaks English I can talk with? “After I received this resource sheet, people can understand, and they let me enumerate. It’s related to language access — the basis of it is people knowing why you’re there in the first place.”

In his downtime from his job with the Census Bureau, Kevin has combatted the pandemic’s social isolation by enjoying the company of a cute, affectionate, and feline guest. “My foster cat, Nacho, has been so good to me,” Kevin said. “I’ve been able to hang out with friends outside, but I haven’t physically entered a friend’s home since COVID. Just having an animal that constantly wants to cuddle with me, is good for my mental health.” 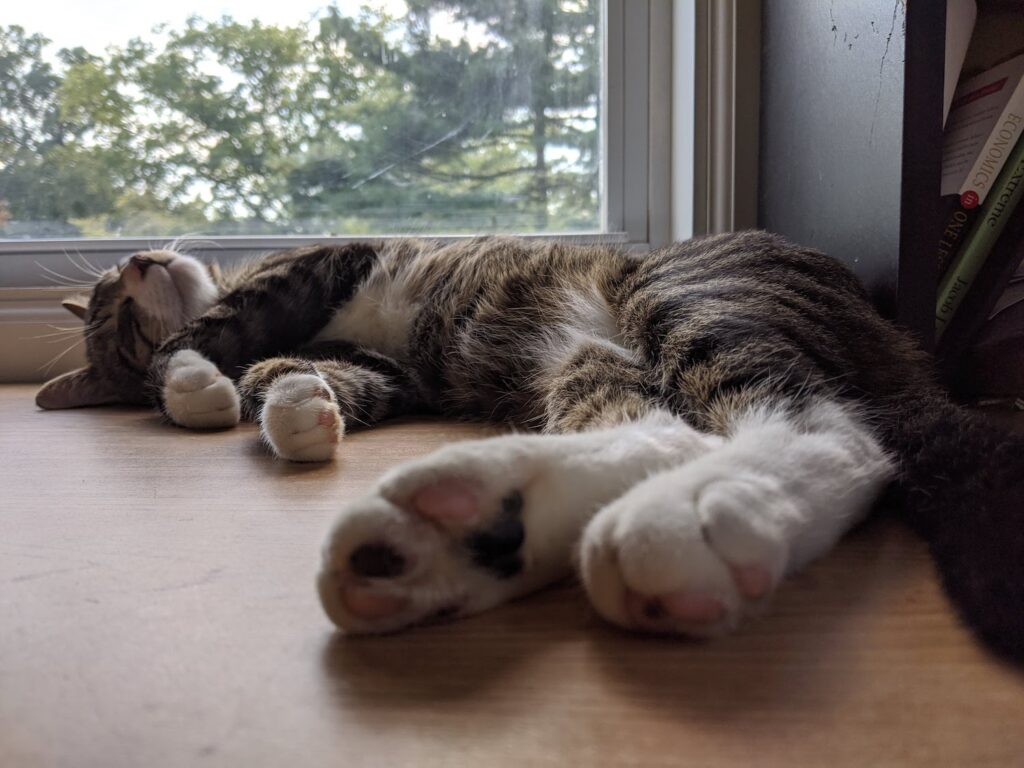 Kevin says he was motivated to apply to become a census enumerator after attending SEARAC’s Moving Mountains Equity Summit in Sacramento last October, when he listened to a plenary that included Sonny Lê, partnership specialist from the US Census Bureau. “I thought it was fascinating work because I graduated back in March, and it perfectly aligned with the next stage of something I could do before finding a full-time job,” he said, adding that he has both Vietnamese and Arabic proficiency. Later, Kevin worked with NAKASEC as a canvasser, calling members of the Vietnamese community to remind them about the census. “I must have called hundreds of households,” Kevin said. “It was a great experience because I got to develop my Vietnamese vocab and also outreach to the Vietnamese population that is usually undercounted for the census.”

According to the US Census, it continues to accept applications for part-time positions. Apply today to make sure all communities are counted.

For more information on the 2020 Census and what you can do to help get out the count, visit SEARAC’s census website.