Families all over Laos disintegrated after the Vietnam War and Secret War ended in 1975. They were unsure of what to do next. Those who fought with the US feared for their lives. But they disagreed on whether to stay in Laos or to leave for the refugee camps in Thailand. Each path provided an uncertain future. For those who chose to flee, the journey was perilous. And it had to be done in secret. The escape into the jungle, hiding from the soldiers hunting them, crossing the Mekong River, and reaching the refugee camps. Those who stayed behind faced an equally perilous journey. Many were sent to re-education camps, without due process of law, for siding with the US. And a new government was to be installed. One thing was certain: many families would be separated forever.

In 1980, after a dangerous journey through the forests, my father, Chao Lee, and his family escaped to Thailand across the mighty Mekong River. They crossed under cover of darkness. Each person had three foot-long bamboo stalks bundled under each arm to help them float and “swim” across. The plan was to swim to an island in the river, run to the other side, and then swim to the Thailand border. As they crossed, border patrol guards blindly fired their guns at my father’s family. Around one hundred family members attempted the escape. Some were sadly lost during the crossing. Thankfully, my father and his immediate family escaped unharmed. His sister, however, was stuck behind. She was carrying their baby nephew. She became separated during the chaos and was stuck on the island. She and the baby were arrested by the communist soldiers in the morning and were taken back to Laos. 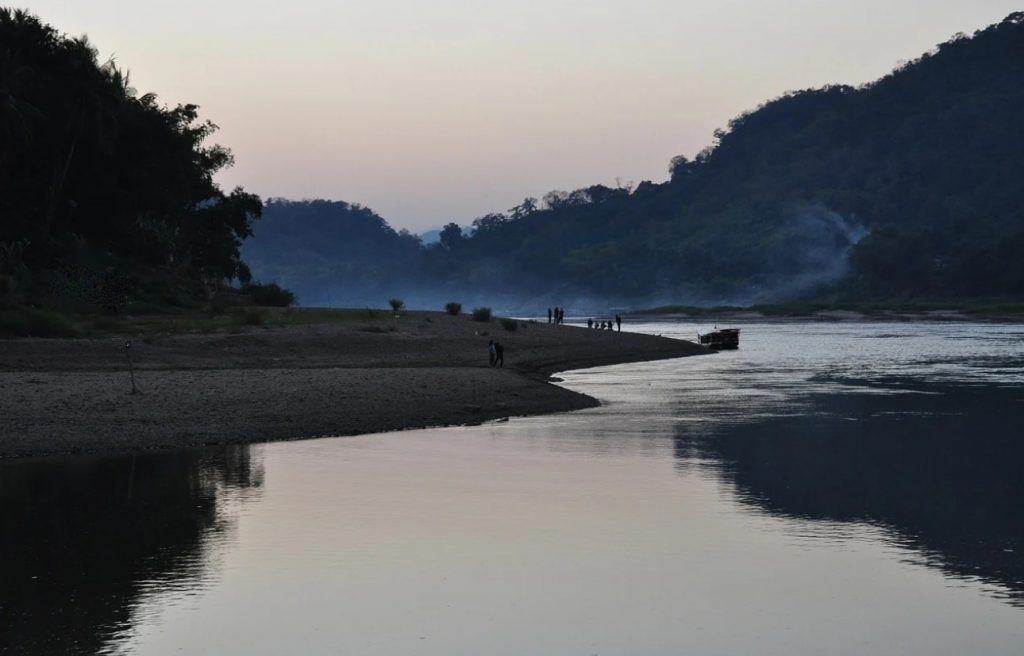 The Mekong River, which many refugee families perilously crossed in search of safety.

Other families attempted the crossing, often in their own ways. My mother, Thao Lor, her siblings, and her parents hid in the jungle after the war. After some time, my grandfather left. He instead crossed the Mekong and into Thailand with strangers. Then, he later found two Thai men with a boat. He paid them to take my mother and the rest of the family across the Mekong River. With his new resources, my grandfather trekked back into Laos and took my mother and their family to Thailand. Once across the border, they made their way to the refugee camps.

My father’s family was taken to a refugee detention center and was cared for by French missionaries. Six months later, in the summer of 1981, my father and his family were taken to Ban Vinai Refugee Camp. There, they underwent the refugee resettlement process. They learned English. And they even learned about American culture and mannerisms.

Ban Vinai is also where my parents met. In the spring of 1983, my parents were teens, helping to care for their respective families in the Ban Vinai Refugee Camp. My father had the fortune of receiving English classes. This allowed him to earn a small income as a translator. My mother also earned an income with her skills. My mother was a midwife and Thai language teacher. And with my grandmother, they sewed and sold traditional Hmong storycloths (traditionally spelled “paj ntaub”) at the local markets. My father and other Hmong-English translators would help translate for the women selling their paj ntaub. One fateful day, they were introduced to help each other. Unfortunately, they were temporarily separated by the relocation process.

In June 1984, my father and his family left for in Saint Paul, Minnesota. They were sponsored by my uncle who was already in the the US. He was previously sponsored by a faith-based organization like many of the first waves of refugees who came to the US. And since my parents had not wed yet, my mother could not leave with my father and his family.

One year later, my mother and her family were able to resettle to Spokane, Washington. But my mother only had a brief time in Spokane. Wanting to be closer to their clan relatives, my maternal grandfather decided to relocate the family. He asked relatives to help them move halfway across the country to Wisconsin. Once there, my parents soon found each other again, separated now only by a state border and a three hour drive. They married three years later and, as they say, the rest is history.

My family is among the more than 250,000 Hmong Americans reflecting on the anniversary of our community’s time in the United States after the end of the Vietnam and Secret Wars. Both of my parents were fortunate to have survived the ordeal. The war separated many families, physically and politically. Some have reunited; others have not been as lucky. The Vietnam War and the refugee resettlement process separated hundreds of thousands of Hmong, Lao, Cambodian, and Vietnamese refugee families. The survivors overcame these tragedies with resilience, spirit, and a bit of luck. Over time, many found each other again. Some formed new family units, creating new roots and strong foundations for new generations of Southeast Asian Americans.