Danny’s Story: I want others to know that they are not alone in this, they have support 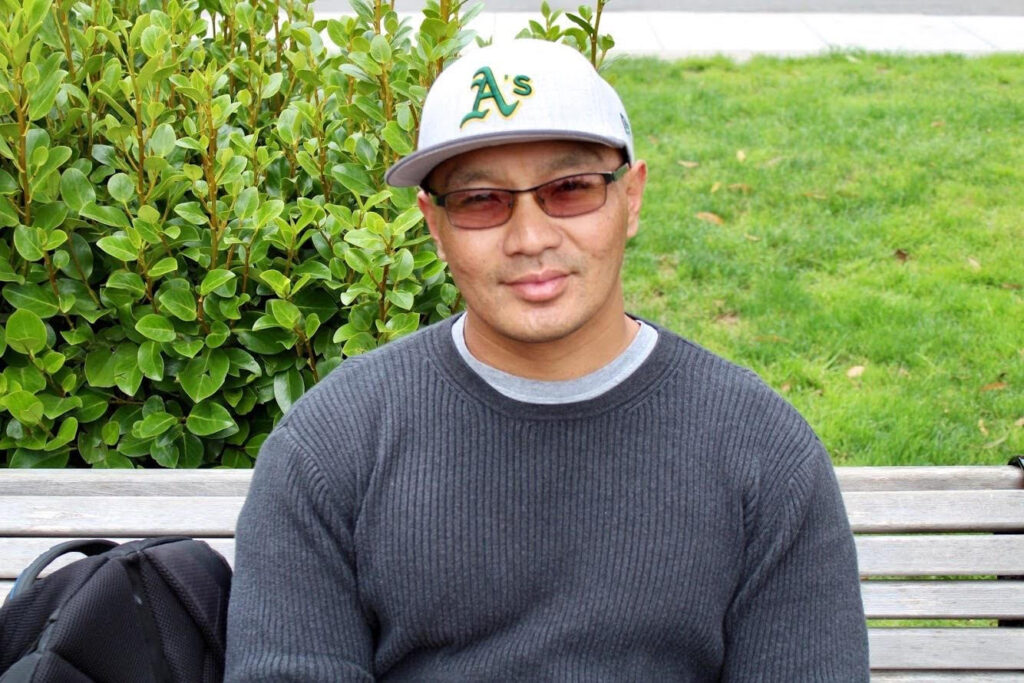 In the ’60s and ’70s, during the United States’ Secret War in Laos, the US dropped hundreds of millions of bombs, making Laos the most heavily bombed nation in history. Danny Thongsy was born in a Thai refugee camp after his family fled these dire conditions. This is Danny’s story:

My family resettled in the US when I was 2 years old in an impoverished area of Stockton, CA, riddled with violence and drugs.

Like many Southeast Asian refugees, my family and I carried with us the trauma of war and displacement, and we resettled in the US without sufficient resources. My family was poor and depended upon government assistance. My stepfather relied on alcohol to help him cope with his trauma. School was challenging for me; I didn’t receive support, mentorship, or help, so I didn’t take it seriously.

Growing up, I was often bullied and teased by other kids for being poor and for looking different. To prevent bullying, I joined a gang for protection and to feel empowered. I was also following the path of my older brother and the people in my neighborhood.

When I was 17 years old, my older brother was tragically murdered by a rival gang. My mother was in the first stage of dialysis treatment. I did not know how to cope with the grief of losing my brother nor did I know where to turn for help; this made me spiral down into a deep depression. It then led me to make a horrible choice that resulted in my incarceration.

On the day I was expected to be released from state prison, I was directly transferred to ICE for deportation. I sat in immigration jail for two months with the fear of being sent to a country I have never been to and being permanently separated from my family, community, and the only place I only knew as home.

This time was very trying for my family. They lost me to the carceral system after having lost my older brother.

After two decades of incarceration, the California Board of Parole Hearings and Governor Brown recognized my rehabilitation. I was deemed not a threat to public safety, and I was granted parole.

On the day I was expected to be released from state prison, I was directly transferred to ICE for deportation. I sat in immigration jail for two months with the fear of being sent to a country I have never been to and being permanently separated from my family, community, and the only place I only knew as home.

Being transferred to the immigration detention center was unfair. I had already paid my debts to society and to be judged again for what I had paid for was unjust. My experience in ICE was very terrible. I was housed in a dormitory. I was only given outside access for two hours some days. The place was cramped, dirty, and unsanitary. It was difficult to get proper sleep due to the noise and nightly custody counts. The officers were authoritarian and treated us like we were less than human. The food was awful and was insufficient for our diet.

Because there was no formal repatriation agreement between the Laotian government and the US, I was released under the order of supervision, periodically checking in with ICE.

Since my release I have been involved in community advocacy. I have worked at Advancing Justice – Asian Law Caucus as a fellow, I volunteer as a member with the Asian Prisoner Support Committee, I worked at Oakland Rising, and today, I work as a campaign coordinator for the Justice Reinvestment Coalition. I am also active in my church community and interfaith organizations, and I have volunteered extensively in the Bay Area with re-entry support to formerly incarcerated people and teaching origami to youth.

Before receiving a pardon, I was living life in a limbo and uncertainty. No matter what I did, the fear of me being deported was always lingering on the back of my mind.

Fortunately, due to my transformation, my work in the community, and advocacy/support from the community, CA Gov. Gavin Newsom recently granted me a full unconditional pardon.

Before receiving a pardon, I was living life in a limbo and uncertainty. No matter what I did, the fear of me being deported was always lingering on the back of my mind. I was living in a state of constant fear. I would often check on news or updates regarding US and Laos relations to see if there was  any MOU repatriation agreement. When I heard news of raids or deportation my fear would flare up, and I would fall into a state of fear and depression.

Sharing my story brings me a sense of healing, especially when I know that it is giving others the strength and courage to acknowledge and own their experiences. I want others to know that they are not alone in this and that there is support. When I decided to first share my experience I had to overcome my fear and shame. I was only able to share my story because of community support around me.

We need to ensure that the state values compassion, humanity, and equal justice. We must stop ICE transfers and recognize that people are not defined by their past mistakes.

It’s unjust to further punish people with detention and deportation solely based on where they are born, and it is unjust to punish them for the same mistakes that they had already paid their debts for.

My advice for my younger self would be: “Don’t be afraid. It is okay to cry and ask for help. What you are going through is temporary. Hope and dream; education truly is the key for self-discovery and change.”

Take action and urge your members of Congress to support the New Way Forward Act, which would provide further relief for Danny. A digital toolkit is available here. It includes SEAA stories, graphics, quotes, and other advocacy tools that you can use to encourage your reps to co-sponsor the bill.