In late April, the JBS pork plant in Worthington, MN, became one of many major meat processing facilities across the country to shutter its doors due to the spread of COVID-19 among its workers, with more than 350 workers falling ill during the first wave of infection in the spring.

Many workers are part of the local Lao community, which represents the country’s largest Lao population outside of the Metro Twin Cities of Minneapolis and Saint Paul. 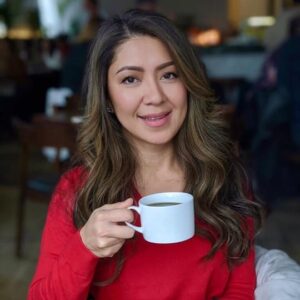 Bana Soumetho, an Eden Prarie, MN, resident and SEARAC Census Ambassador, grew up in Worthington, and her parents still live there. Because smaller communities like Worthington that are situated further away from the Metro areas tend to get overlooked, they often don’t receive the resources they need, Bana said.

As a result, she and other concerned Asian Americans have formed a small group with a goal to help fill in support gaps. In her work, Bana has noticed a trend with community members who are hurting during the pandemic. “I’m sensing their fear,” she said. “They’re scared to open up and speak up about what the challenges are because they’re afraid that their name’s going to be put out there. And then in turn, there may be potentially some adverse action that is taken against them, whether or not it’s at the workplace or in the community itself. So it has been a little challenging getting people to open up and speak about how COVID has directly impacted their families, how they’re coping with things at work, things like that.”

They’re scared to open up and speak up about what the challenges are because they’re afraid that their name’s going to be put out there.

Nevertheless, Bana knows that these experiences are critical to address. To help ensure these stories get communicated, her strategy is to get in touch with trusted messengers in the community. “They aren’t the individual that these incidents have happened to, but they’re collecting stories in their dialogues with other community members, and then they’ll relay it to me but keep it anonymous,” she said.

Along with story collection, Bana has partnered with local organizations to help support direct services for people in need. For example, she collaborated with the SEAD Project on care package deliveries that included face masks, hand sanitizer, and language-specific leaflets with information on COVID and how to prevent further spread. Identifying households in need has mainly been done through word of mouth, with Bana’s parents deeply involved with the local Lao temple, Wat Siri Buddharam, that Bana’s father founded. Noting that many in the Southeast Asian American community were not formally educated in their home countries, Bana said, “They’re being faced with limited literacy in both English and their native languages, which makes it difficult for them to understand what’s happening and get the actual facts and data that are important,” Bana said, adding that there are also significant challenges for the Worthington and surrounding community in navigating the unemployment application process or accessing protection through Occupational Safety and Health Administration (OSHA).

Other activities include partnering with the Lao Assistance Center of Minnesota to help small business owners seek relief; participating in the City of Minneapolis’ mental health video campaign; and collaborating with Laotian American National Alliance to translate the OSHA Fact Sheet, which outlines worker’s rights and protection.

Finally, Bana aims to address language barriers by offering in-language supports via video. “I think translating documents in certain languages can be helpful, but it’s helpful to those who can read it,” she said. “But we noticed a large pocket of people cannot read formal Lao or Mien, so the consensus is we want to be able to deliver important messages to them effectively through short, informational instructional videos, 5 minutes or less.”

Looking ahead, Bana hopes that as the Lao community continues to recover from COVID-19, attention can shift back to the 2020 Census. She is also in the process of examining whether to formalize her group into a nonprofit or find a fiscal sponsor to help support their initiatives. As part of her research into this process, Bana has networked with national organizations to receive guidance on how to bring some of her planned initiatives to life. “It gives me hope knowing that we’re not alone in this,” she said. “I know that there are other communities just like Worthington out there who I would love to connect with to see what they’re doing to help address COVID relief and also the language barriers.”

Volunteer with the Laotian American National Alliance to learn ways to support Lao communities nationally. For those local to Minnesota, contact the Lao Assistance Center of Minnesota and the SEAD Project for volunteer opportunities.