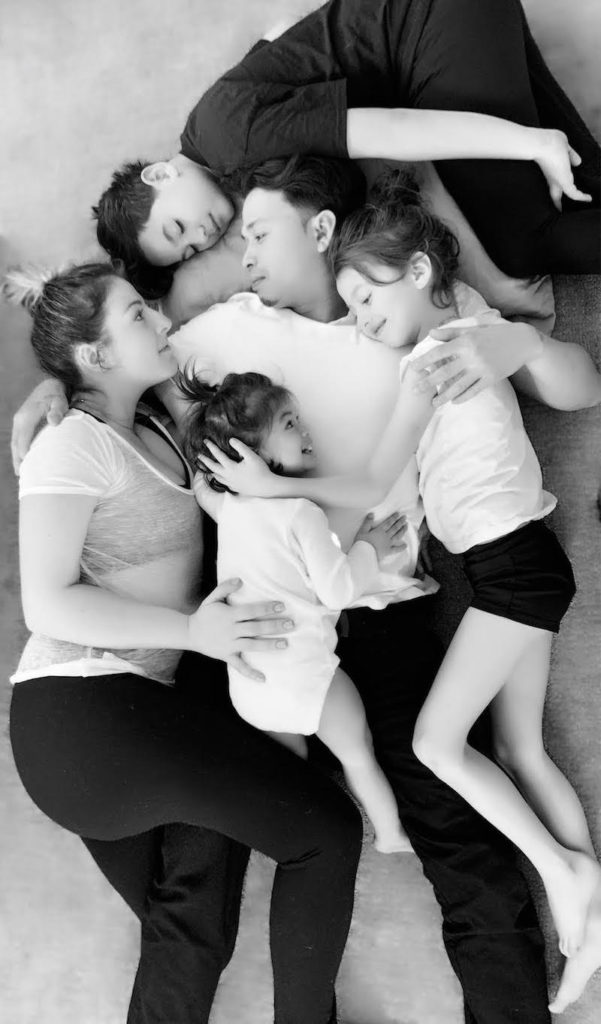 Chanda Kun was once a teenager, about to graduate high school, who drank too much one night and got into a fight. The punches he threw not only landed him in jail, where he served 7.5 years for his conviction, but they also may send him to a country he has never even visited, a place he’s only heard of through stories passed down from older generations.

It’s been nearly two decades since that night, and Chanda has spent the entire rest of his life transforming it. Yet, cruel and unjust US immigration laws erase his years of rehabilitation and seek to punish him—and his family— further.

“I have changed my life around,” Chanda says. “I have dedicated myself to my family and raising my children, always looking to give them a better life. In the beginning, I was never worried because I knew I was staying out of trouble, and I thought I could never be deported. But as times changed, and laws and presidents changed, I had more understanding that it is very possible that I can and will most likely be deported. I am fearful with every passing day that I will be taken from my family, my life, and everything I love and know.”

Born in a refugee camp in Thailand, Chanda, his parents, and his seven siblings were admitted to the United States as refugee permanent residents in 1985.

Chanda has no memories of his pregnant mother fleeing the ruthless Khmer Rouge and hiding in the jungles. He doesn’t recall his time at the refugee camp or remember his journey to the United States. Only through his older family members does he know that they worried about how they, as uneducated farmers, would adapt to their new, foreign surroundings. For Chanda, America is the only home he has ever known.

After a month in Los Angeles, Chanda’s family was relocated into a poor, violent neighborhood in Providence, RI, where they shared a three-bedroom apartment with two other Cambodian families. He describes his childhood as rough. There was high crime. There were drugs on every corner. His family didn’t understand English. One time, Chanda drew Nike signs on his sneakers, a desperate act to try not to get noticed by his bullies. He was beat up even more for it. “We were small, malnourished, and poor,” he says. “It made for easy targets for the people around us to bully and pick on us. We all had to stick together to survive. As we grew older, if was so difficult to see just how broken all of our elders were; the trauma they faced is unfathomable to most people. All the refugees kids I grew up with knew they had to mature quickly and help to care and provide for our families to ease the burden of our parents who had already been through so much.”

Making up for a mistake

While incarcerated, Chanda completed every program available and lived each day in true remorse for his actions. Upon release, he was picked up by a federal agent and put into federal custody by the former Immigration and Naturalization Service agency, where he was told that in order to get out after 90 days, he needed to sign his final deportation order. He complied, receiving false information that because he was technically “a man of no land” and a refugee, no country would accept him if the United States tried to deport him.

Since then, Chanda has been checking into ICE one time a year. This year, the agency sent him a notice to check in early. Chanda fears the worst.

Today, Chanda is a busy family man, married to his love of 13 years, Elisabetta. They endured hardship early on with the stillborn birth of their first son. According to his wife, the couple emerged from the tragedy with resilience and more love, eventually having three more children, a boy now age 10 and two girls 6 and 1. “The fear of my children losing such an amazing father almost cripples me on most days,” Elisabetta writes on the crowdfunding site she recently created. “My husband isn’t just a father—he is a very involved father who is at every recital, practice, and every game. He coaches and participates in their activities, listens, and always encourages his children to make good choices. Chanda is an amazing role model, father, friend, and husband, who works long hard hours to give his family everything he never had and somehow still manages to give his family 100% at the end of the day.” 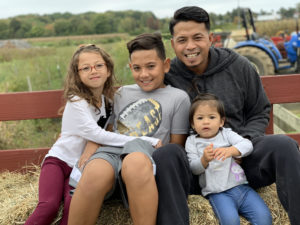 For Chanda, his commitment to his family is his life’s purpose. “I spent what was supposed to be some of my best years in prison,” he explains. “I missed out on my college scholarship, on so much, but I never looked back. I am a different person. I moved on to have a wonderful life. I have three children, a wife, and I have dedicated everything to giving them a better life than I had.

“I didn’t have the father who took me out to play ball and push me to be great,” Chanda continues. “No matter what is happening in my life or how busy or tired I am, I am there to take my mother grocery shopping or to pick up her pills. To be a supportive uncle to my many nieces and nephews, pushing them to go to college, stay out of trouble, financially help in any way I can. And what’s most important to me, is to make sure I am always there for my kids. That I am at every practice, every game, every music lesson I can be at. I’ve never wanted to miss a moment of their lives, and now I face missing so much more. It’s terrifying.”

In December, Chanda was instructed to report to ICE on Jan. 31. In a week’s time, Chanda’s life—and the lives of his wife and children—may be uprooted for a mistake he made decades ago, a mistake for which he has already served his time, a mistake that does not define the man he is today. During this National Week of Action to End Southeast Asian Deportations, we ask you to join us today in calling your elected officials to urge them to keep Southeast Asian American families, like Chanda’s, together.