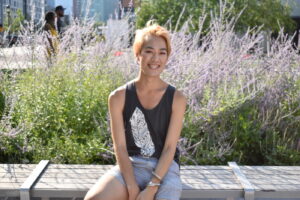 For Kevin Lam (he/they), organizing director at Asian American Resource Workshop, the significance of the month of Pride has changed over the years, a shift that came about from the complex navigation of his intersecting identities. “Just coming from how I grew up and where I grew up, identifying as both Southeast Asian and queer, what was always at the forefront of my identity or what people saw first was my race and ethnicity and not necessarily my gender or sexuality,” he explained.

As Kevin became more involved in organizing, the importance of the month’s origins, particularly how Pride Month was a response to police brutality on the LGBTQ community, has become top of mind.

Kevin recalls the first time he engaged in Pride Month celebrations. A 21-year-old fresh-out-of-college graduate, Kevin served as a program coordinator at Providence Youth Student Movement (PrYSM), working with queer Southeast Asian youth. “A lot of them were also exploring and going through similar processes and having questions that I also had when I was in high school around my sexuality and my queerness,” he reflects. “At that time, it was probably five years after I had finished high school, and I remember realizing, ‘Oh, these are still some of the very same feelings or questions that I had.’ Along with the different political education workshops and leadership workshops, having conversations to process and unpack our feelings and experiences on being Southeast Asian and queer fueled me to do more work with the community.”

This time of self-reflection proved to be an especially pivotal time for Kevin. “Growing up as a queer Lao & Vietnamese person, I didn’t see people who looked like me.” So finding space and community with PrYSM at 21 that affirmed and embraced me fully was powerful and healing,” Kevin said.

Pride also brings to Kevin’s mind not just his own journey but also the process it took for his parents to understand his queerness, a process made more complicated due to the lack of language to talk about it. “When I first told my mom that I was at the time identified as a gay, I think her understanding of that was that I wanted to become a woman,” Kevin said. “Because the word in Lao is kathoey, which closely translates to trans, but I have heard it used within more negative connotations. And so there was a lot of just needing to have multiple conversations back and forth about what I meant. It goes back to who is seen, within mainstream society around being queer. And a lot of times, we don’t see Asian and Southeast Asian people uplifted, and I think that makes it harder to have those conversations or to come out.”

As time has passed, Kevin sees that his loved ones have slowly begun to understand — and he has also come to realize the time they needed in their own journey. “It took me like 18, 20 years to really start to come into my own self and my queerness,” he said. “And I think for me, it was a conscious and intentional decision to also be like, ‘Okay, I can’t just expect my parents to get it right away.’”

His mother has also become a source of support for the rest of their family in talking about LGBTQ issues with them. “Over the years, while I have changed, I have also seen my mom transform. She tells me stories about how she talks with the rest of our family and supports them in navigating LGBTQ issues,” he said. “And she’s sharing advice and lessons learned with them based on the experiences and struggles that her and I went through together.”

Today, Kevin brings his lens to AARW, a pan-Asian community organization building power with the Asian American community across Greater Boston. “AARW is a queer-led organization, and because of our experiences and perspectives, I believe it has really pushed us to be intentional  about what are the spaces and/or programming needed to support other queer and trans Asian community members” Kevin said.

For the LGBTQ community celebrating Pride Month, Kevin shares words of advice:  “This is kind of cliché, but folks are not alone. I think that just looks so much different now than compared to when I was going through my process of accepting my queerness, even though it’s been only 10 or 12 years. The conversations on LGBTQ issues seems more open to some extent, and there’s more support and more resources. I’ve had to learn that we aren’t alone, and there are people in our lives who care for us and are willing and able to hold that space, and who want to hold that space.”

Scroll below for more SEAA Q&As in celebration of Pride 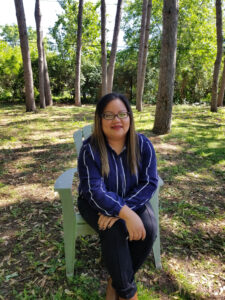 What does the month of Pride mean to you? It’s a time of mourning, reflection, and celebration altogether. For me, it’s about mourning the loss of people’s lives who fought hard for queer (LGBTQIA) and trans liberation, namely black and brown transwomen. It’s mourning those who could not be their full authentic self because it is unsafe. It is also a time for me to reflect on my own growth, how far we have come as a community and the work we still have ahead of us because many are still experiencing homelessness, lack of access to inclusive healthcare, work discrimination, police brutality, interpersonal violence, along with many other forms of oppression. And then, it’s a time for celebration. Celebrating our existence and resilience. We are here, and we are queer.

Has it changed for you through the years? [Laughing] For sure. My first year of Pride (fresh out of high school) was like the Hmong j4 tournament … good food, tons of people, a colorful parade. Then I started college, and it was about tabling for our LGBTQ center. I got politicized in that space and learned about the LGBTQ movement. After that, I got involved with an LBGTQ Hmong organization called SOY, and for years, Pride was a family reunion. We had a Pride picnic, volleyball tournament, participated in the parade, and tabled.  I also miss sitting and listening to music from the Power to People stage at Mpls Pride, held by BIPOC folks and organized by Rare Productions. Pride was a time for community to come together and my understanding of that has shifted over the years.

At Transforming Generations, we are reflecting on the intersections of Stonewall Riots, Junteenth and the current uprising in Minneapolis as a result of the murder of George Floyd, how it has been held by black and brown folks, how our liberation is woven and tied to one another. It’s hard to celebrate Pride when our black and brown siblings continue to be killed with no accountability, so we’re really wanting to uplift the narrative that LGBTQ people exist in all communities and when we say Black Lives Matter, that includes LGBTQ black people. We’re taking steps to have conversations with our families and community, engaging young folks in conversations about gender identity, gender expression and attraction, anti-blackness and calling on people to uplift the lives of queer, gender nonconforming and trans black folks, and those who have been killed.

What do you want to tell other LGBTQ SEAA community members? Happy Pride! You exist, you matter, and we love and accept you. Take some time this month to reflect and to commemorate those who paved the way for all us to be able to celebrate Pride today, and do something for yourself and your community. 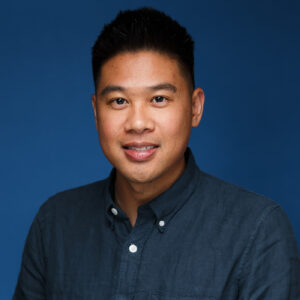 What does the month of Pride mean to you?
Pride Month is more than just celebrations, parades and parties — it’s about being seen, validated, and heard. It gives us an opportunity to be thankful for the people who sacrificed so much to make the community what it is today. Looking back at my younger self, I didn’t appreciate what Pride month truly meant. It took me many years to discover my identity and accept myself.

What is your organization doing to celebrate the month?
The Laotian American National Alliance believes in inclusion and will be celebrating the month of Pride with several social media posts highlighting Pride Month and what it means to us. We hope to continue to spread the word of acceptance, inclusion, and equality. We celebrate Pride to spread love, acceptance, and tolerance.

What do you want to tell other LGBTQ SEAA community members?
We are seen. We are heard. We are valid. We are your own role models, and don’t let anyone diminish the bright light inside of you. We’re all thankful to the allies and supporters who continue to support the movement for equality.

What does the month of Pride mean to you? Pride (June) during this particular moment in organizing work and US history still holds the same meaning and a new one for me. Pride continues to be a time to celebrate Black transwomen of the Stonewall Rebellion, who have paved the way for queer people like me. I also think that the national call and attention to defunding the police have also intertwined with Pride and queer liberation. I see that manifesting in the care and interest spotlighted to the queer organizers at Freedom Inc. and around the nation. Indeed, our ability to host a Pride rally for Black Lives on June 12, 2020, for our QTPOC community is a testament to how this Pride continues to be in remembrance of Black transwomen and of a growing, liberating movement that centers QTPOC identities more than ever.

What is your organization doing to celebrate the month? After the initial week of action put forth by Movement 4 Black Lives during the initial week of June, our Queer Justice Team at Freedom Inc. decided to follow up with a week of “Queer Rising Power” action for Pride. Starting with the Pride rally for Black Lives on Friday, June 12, 2020, our no cops, no permit, and all-for-the community Pride rally was a significant success. Our shutdown of two major streets in front of the Capitol, march in the downtown area, and the outpour of queer youths of color in attendance represented the perseverance and future of QTPOC. June continues to be full of actions, political educations, and community building (virtually and in-person). Our goal is to move our community to a new political consciousness where it is possible to envision the liberation of QTPOC bodies. We also will center and uplift youth leadership and actions to remove cops from school and create creative virtual spaces. On Monday, June 15, 2020, our first panel “Queer Power Rising; Political Education and Action” elaborated on the forgotten history of QTPOC changemakers in the Civil Rights era, Stonewall Rebellion, and in contemporary and local spaces such as Madison and Minnesota. We elaborated on the need for an intersectional analysis to help our community understand that queer liberation from transphobia and homophobia only benefits the movement for Black lives. Because we know that all of our lives are under attack by white supremacy and capitalism, we must recall QTPOC accomplishments and histories to expand our collective political capacity and vision for liberation.

What do you want to tell other LGBTQ SEAA community members? No matter who you are, follow Freedom Inc. and Freedom Youth Squad on Facebook to see what we are doing on the ground and attend our political education sessions. For the young queer SEAA, I see you. We have a QTIPOC virtual hangout space that occurs every Wednesday from 6 pm – 7 pm (CST). During this time of social distancing and FOGO (fear of going out), the precarity of the future and within ourselves are ever more prevalent, so I do invite you to share space and build with me.