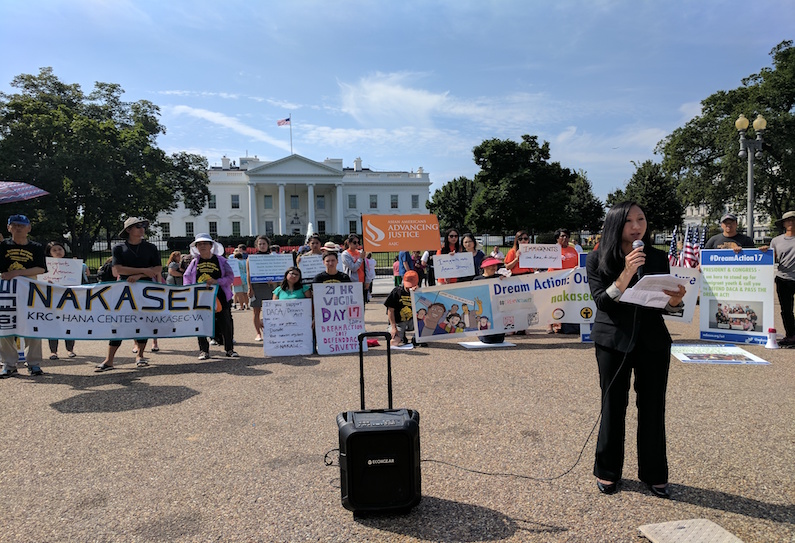 Today, the Trump Administration announced that it will end of the Deferred Action for Childhood Arrivals (DACA). While those currently protected under the program will have six months until their status expires, no new applications or renewals filed as of today will be processed.
Instituted by President Obama, DACA granted work authorization and temporary deportation relief to 800,000 immigrants, including a number of Vietnamese young people. In June, ten Republican attorneys general and the Governor of Idaho threatened a lawsuit challenging DACA if it was not repealed by the administration by September 5th. The Trump administration claims that the six month delay is meant to give Congress time to pass legislation to protect those covered by DACA.
“SEARAC is deeply disappointed with President Trump for caving under pressure instead of exercising the moral courage to do the right thing,” said Quyen Dinh, executive director of SEARAC. “If the administration wants Congress to pass legislation to protect these 800,000 people, then they should keep DACA intact until Congress is able to do so.”
Dinh continued, “There is very little difference between the young people of the DACA program and our refugee community – people looking for nothing more than freedom in this land of the free. We stand ready to fight and protect families that will suffer the repercussions of this heartless policy decision. We call on congressional leaders to defend the rights of all immigrants and refugees by enacting long-term, humane legislation that protects the vulnerable and keeps families together.”