Sacramento, CA – SEARAC is happy to announce that California Gov. Gavin Newsom granted pardons yesterday for two Cambodian refugees facing deportation. Refugee and immigrant communities in America have had a long history of enduring attacks, and the situation has only worsened under the Trump administration. As a result, it is vital for our states to step up and join the movement to protect our families. Gov. Newsom’s actions bring hope to the community standing behind Kang Hen and Hay Hov in their efforts to keep their families together.

“Kang’s and Hay’s stories are all too common in the Southeast Asian American community,” said Nkauj Iab Yang, Director of California Policy and Programs of SEARAC. “Many Southeast Asian young children who came to the country as refugees have had to grow up in poverty with intergenerational trauma, broken schools, no support, no mentors, and in many cases, no family members to depend on, leading many youth directly into the school-to-prison-to-deportation pipeline.” 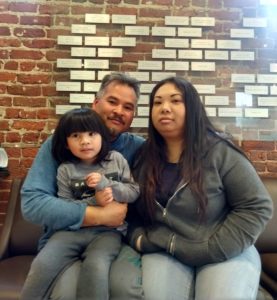 Kang Hen was a child when he came to the United States as a refugee in 1985, having fled the genocide in Cambodia. Kang and his family resettled in San Jose, CA, where they struggled with extreme poverty, neighborhood violence, and instability at home.

In 1994, Kang gave two acquaintances a ride to an apartment complex. Unknown to him, the acquaintances were planning to carry out a robbery. During the robbery, one of the victims suffered a heart attack and died.. Although police were aware that Kang was not present for the robbery, they charged him as an accomplice to robbery and murder.

Kang spent four years in jail awaiting trial. After two trials, he had still not been convicted. Facing a third trial, Kang accepted a plea deal to a robbery charge that would allow him finally to return home. He did not realize that the plea would result in deportation.

After his release, Kang turned his life around and found employment at a seafood business, a place where he has worked for the past 13 years and that now considers him part of the family. Kang has been with his partner for the past 17 years, and the couple has a 3-year-old child. He and his partner enjoy volunteering at a Buddhist temple and serving the community. 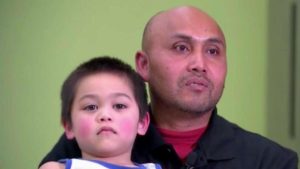 Hay Hov was born in Cambodia in 1979 and fled from the Khmer Rouge as an infant to the refugee camps in Thailand. After many years in the refugee camp, they finally resettled in an impoverished neighborhood in Oakland, CA, in 1985, a time when Oakland had one of the highest murder rates in the country. His family struggled with poverty, trauma, bullying, and limited English proficiency. Hay found that in order to survive, he needed to stand up, fight back, and not appear weak.

His family struggled with poverty, trauma, bullying, and limited English proficiency. Hay found that in order to survive, he needed to stand up, fight back, and not appear weak.

At age 19, Hay got into a verbal argument with a neighbor. The neighbor was later shot and survived his injuries. In the hope of appearing tough, Hay hinted to friends that he might have been involved in the shooting. While police knew Hay was not present at the time of the shooting, they arrested him for escalating the argument. Hay pled guilty to soliciting the assault in 2001 and as a result was ordered deported.

In the two decades since his release, Hay has turned his life around. He and his partner have a 4-year-old child together. Hay takes care of his family and is also the primary caretaker of his elderly parents.

“We applaud Gov. Newsom for taking a stand against the harsh immigration policies that are tearing apart our communities and showing moral leadership in his pardons of Kang and Hay,” Yang continued. “Most of all, we are inspired by the courage of Kang’s and Hay’s families and supporters in their advocacy for their loved ones and the Southeast Asian American community at large. We are encouraged that there is hope to keep all our Southeast Asian families together in California, and we urge Gov. Newsom to pardon all refugees impacted by deportation.”