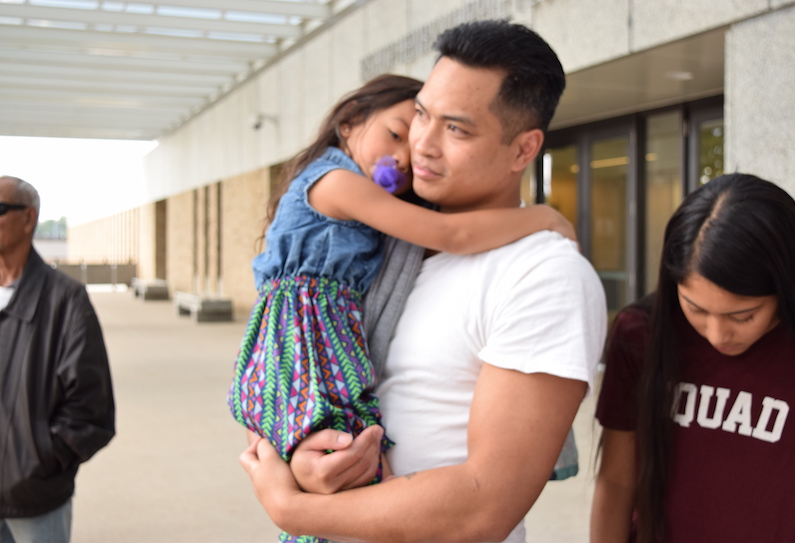 Sameth Nhean was greeted with hugs and kisses from his family, friends, and community yesterday as he was released from immigration detention, where he had been held for nearly a year.

Sameth was issued deportation relief by an immigration judge last week, but remained in detention after the Department of Homeland Security (DHS) expressed their intent to file an appeal. With the help of passionate advocates and skilled attorneys who challenged his prolonged detention, he was released on Monday to his loved ones.

“I’m so thankful to finally be home with my wife and kids,” said Sameth. “There were many times this past year that I almost lost hope. But while in detention, I saw the unconditional love and support my family and my community continued to give to me. Words cannot express how grateful I am to everyone. I am a changed person and I want to join the fight for others facing deportation.”
Sameth is the second person from the #ReleaseMN8 campaign freed from detention this year, but the fight is far from over. The DHS still plans to appeal the judge’s ruling in Sameth’s case. Another #ReleaseMN8 member, Chamroeun Phan, remains in detention, despite being granted a similar form of relief last spring.
We celebrate Sameth’s return home today. And we demand that Chamroeun also be released to his family. #BringChamroeunHome #ReleaseMN8