“Everyone Deserves to be Seen:” IHEP and SEARAC Release Recommendations for Improved Federal Data on AAPI Communities

Washington, DC – The potential to address significant inequities impacting the fastest growing population in the United States is hiding in our country’s postsecondary data. While the U.S. Census Bureau reports data on at least 25 distinct, self-identified Asian American and Pacific Islander (AAPI) groups, data collections at the U.S. Department of Education and our institutions of higher education aggregate AAPI communities under the umbrella categories of “Asian” or “Native Hawaiian or Other Pacific Islander.” In failing to account for the unique linguistic, cultural, and historical differences that often influence educational outcomes and opportunities, the data mask inequities and thwart efforts to provide targeted student supports.

Jointly authored by the Southeast Asia Resource Action Center (SEARAC) and the Institute for Higher Education Policy (IHEP), “Everyone Deserves to be Seen:” Recommendations for Improved Federal Data on Asian Americans and Pacific Islanders contains clear policy recommendations for Congress; federal, state, and local agencies; and institutions of higher education.
“When individuals are invisible in data, they remain invisible in policy conversations,” said Michelle Asha Cooper, IHEP’s president. “To understand how groups within the AAPI community fare in higher education and the specific challenges each face, we must disaggregate data along racial and ethnic lines. Doing so will reveal where inequities exist and, in turn, unlock the full power of postsecondary education to spur social mobility, economic health, and a stronger society.”
“Disaggregating data is a civil rights issue,” said Quyen Dinh, executive director of SEARAC. “For far too long, Southeast Asian Americans and their refugee legacy have been rendered unseen and marginalized by the harmful myth of the Asian American model minority. Additionally, the ongoing public health crisis that has disrupted learning for students across the country has further illuminated the persistent educational disparities our students face. Higher education must improve its data practices in order to understand the needs of unique communities and implement solutions to help all students thrive.”
AAPI communities are growing at a faster rate than any other racial group in the United States. From 2010 to 2018, the Asian American population grew by 28 percent and the Native Hawaiian/Pacific Islander population grew by 19 percent, compared with only 6 percent growth for the total U.S. population. By disaggregating data, policymakers at all levels-federal, state, local, and institutional-can make evidence-based decisions that better support AAPI students whose postsecondary success benefits their families, communities, and our nation as a whole.
The report’s recommendations look to the race and ethnicity categories used by the US Census Bureau, which are informed by empirical research, collaboration between statistical agencies across the federal government, and engagement of diverse communities.
Click here to read the report. 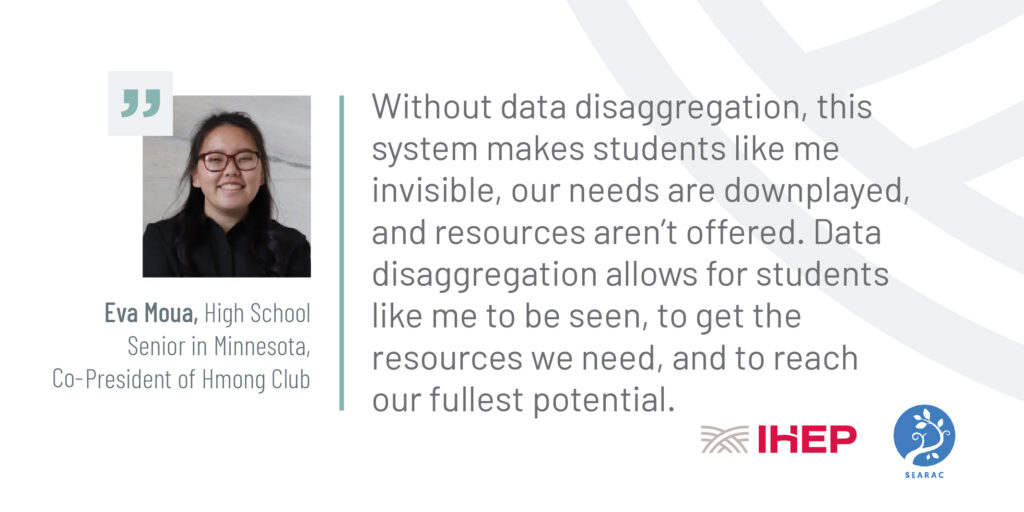