Washington, DC – On Thursday, Oct. 8, the Department of Justice filed a lawsuit against Yale University after Yale refused to end its race-conscious admissions policy. The complaint specifically excludes Cambodian, Hmong, Laotian, and Vietnamese students from the DOJ’s definition of Asian American students in an effort to establish a manipulative narrative proposing that affirmative action disenfranchises Asian students. The complaint simultaneously ignores the myriad of other ways that connected and wealthy students enter Yale. SEARAC condemns the DOJ’s continued efforts to dismantle affirmative action and its continued usage of Asian American students as a tool to dismantle a cornerstone civil rights policy. 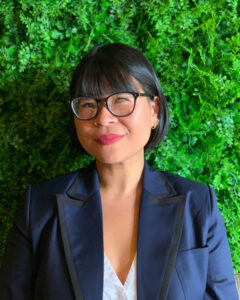 Yale alumnus and former SEARAC immigration intern Trinh Q. Truong arrived to Utica, NY—called by the United Nations as “the city that loves refugees”—at the age of 3 as a refugee in 2001. Attending the local, underfunded public school system, Trinh graduated valedictorian of her class and went on to Yale, where, using full, need-based financial aid support, she earned a BA in political science and a certificate in human rights studies through Yale Law School. “As a first-generation, low-income Vietnamese American refugee student who attended Yale University, I brought unique perspectives to classroom and campus discussions,” said Trinh, who is currently pursuing her master’s degree in refugee and forced migration studies at the University of Oxford after spending a year after graduation in Cambodia on a research fellowship. “The DOJ’s exclusion of Southeast Asian students, whose communities experience disparate socioeconomic outcomes, reveals that its lawsuit against Yale is not about achieving racial justice, but rather about reinforcing the “Model Minority” stereotype and existing educational inequalities. The DOJ is not the arbiter of my Asian heritage.”

A recent study by UC Berkeley found that California’s ban on race-based affirmative action reduced applications and access to educational opportunities for minority students while providing no substantial increase in white and Asian American applications and educational access. These findings suggest that college admissions is not a zero-sum game for Asian American students. Additionally, the fact that the DOJ had to erase SEAAs from its idea of “Asian American” demonstrates that affirmative action does indeed help Asian American students. Southeast Asian students continue to have a significantly lower percentage of individuals with a bachelor’s degree or higher compared to the American population, white students, and the aggregated Asian population. According to data from the 2019 American Community Survey, 34% of white and 54% of Asians have a bachelor’s degree or higher compared to 23% of Cambodian, 24% of Hmong, 17% of Laotian, and 33% of Vietnamese Americans.
“The Trump Administration continues to manipulate and exploit Asian Americans in an attempt to dismantle programs aimed at expanding educational opportunities for all students,” said Katrina Dizon Mariategue, acting executive director of SEARAC. “This lawsuit mischaracterizes the qualifications of students of color without properly addressing the actual systemic educational inequities that Asian American students face, including Southeast Asian American students. Rather than find solutions to these barriers, the Administration has doubled down on its efforts to block schools from considering the full experiences of applicants, including their race, which significantly shape their lives. We urge the Department of Justice to withdraw the suit and for the Administration to focus instead on dismantling the barriers to education faced by students of color.”
The California ban on race-based affirmative action programs continues to harm Southeast Asian and other minority communities. As such, Californians will be voting on Proposition 16 this November to reinstate affirmative action in employment, state contracting, and higher education. SEARAC urges Californians to vote YES on Prop 16 on their ballots this year.