Kayhlia Yang is a current student at UCLA and a recent graduate of Irvine Valley College, an AANAPISI community college in California. Kayhlia transferred to IVC after a year at a different institution because of the opportunities that IVC’s AANAPISI programs could offer her.

“AANAPISIs are important because they allow for Asian American students, like myself, to come together and feel a sense of belonging,” Kayhlia said. “This space has allowed me to build relationships I know will last a lifetime. ANAAPISIs allow for there to be a community-based foundation for Asian American students who need that … and witness what higher education has done for others.” 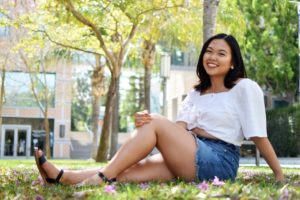 Kayhlia says that being a part of the AANAPISI program at IVC made a huge impact on her academics, career goals, and her Asian American identity. Last year, she applied to seven University of California campuses to continue her studies- – and was accepted at all seven!
Funding for Asian American Native American Pacific Islander Serving Institutions (AANAPISIs) and other minority-serving institutions (MSIs) expires on September 30 — just days from today. These programs are critical to the success of underserved students of color and low-income students, including many Southeast Asian Americans who are first in their families to attend college. Despite this urgency to renew funding, Congress has yet to pass a reauthorization of these programs. The House of Representatives approved a two-year renewal last week through the Fostering Undergraduate Talent by Unlocking Resources for Education (FUTURE) Act, but the Senate is refusing to take up the bill.

TAKE ACTION: Call your senators to let them know that you support funding for AANAPISIs because they support low-income and first-generation SEAA students

Here is what you can do:

1. Call the US Capitol Switchboard at (202) 224-3121 and ask to get connected to your senators or click here to find your senators’ info.

2. You can say: “My name is ____, and I’m from (city), (state). I’m calling today to urge the Senate to vote immediately on the FUTURE Act (HR2486), which has already passed the House. The FUTURE Act must be signed into law before September 30 in order for AANAPISIs and other minority serving institutions to get the funding they need to support low-income and first-generation SEAA students and other students of color. All students have a right to thrive in higher education. Can I count on [Senator’s name] to support the FUTURE Act?”